The John Byrne Award Chats to Artist, Riky Christian, About Art, Anxiety and Feeling Out of Place

Riky’s entry, Solitude or Loneliness?, featuring his comic, Eindride, took The John Byrne Award office by storm when it was submitted back in August, and remains one of the most thought-provoking and original artworks we have received. Here, Riky discusses the comic, his inspirations and influences, and feeling out of place in society.

Your protagonist navigates a tension between being himself and adhering to societal expectations. What is gained and what is lost by him doing so?

I do not think that my protagonist gains or loses anything due to his life situation. I prefer to say that, by being ‘trapped’ between being himself and the need to adjust to societal expectations, he develops certain mental issues; such as social anxiety and suicidal thoughts. He simply cannot stand to live in his world anymore – even after his encounter with the stranger, a woman named Anne, through which he is able to feel warmth that he has not felt for a long time. The encounter, which leads to her place (where there are crowds and loud noises) ultimately makes him realise, once again, that he does not belong to this world.

Your title question presents a dichotomy between solitude and loneliness. What is the difference between the two?

As far as I know, the difference between the two lies in a person’s feelings in their time alone. Solitude is where someone feels happy and enjoys their alone time, without any need for another human companion; whereas loneliness is a situation where a person needs the companionship of other human beings and cannot enjoy their solitude anymore.

What was the inspiration behind the appearance, stylings, and tone of the world in which your comic is set? Why did you choose to set your story in this world?

For a little background, I made this comic around a year ago, just after I finished reading George Orwell’s 1984, which I found very compelling and insightful. Back then, I spent a lot of time by myself at a coffee shop, just drawing random comics based on my state of mind and my emotions – which lead to Eindride.

I did not really explore any references or reasoning when creating the appearance of my main character. I simply let my emotion lead me to draw him, and therefore cannot explain any logic behind his appearance. The reasoning behind my story’s setting however, which blends together vintage 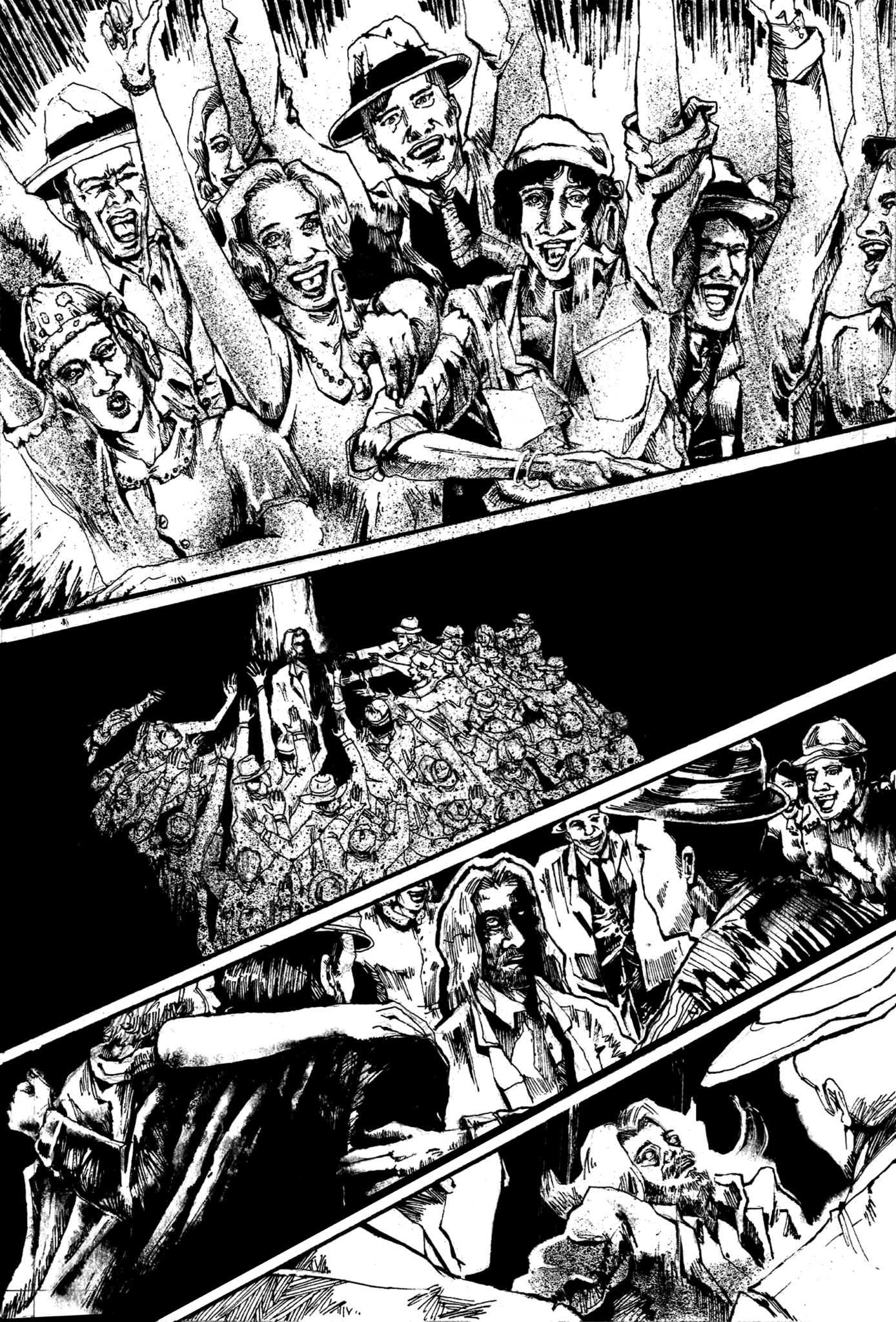 and futuristic elements, is that I did not want to set my story in a particular, identifiable era. I think that the issue of someone who cannot fit into society has occurred before, is occurring now, and I believe it will occur again in the future.

Can you identify any experiences in your own life that led you to create this comic?

This comic is greatly based on my own life experiences and my reflections upon them. I grew up in Indonesia and I still remember, as a quiet child, teachers in school always focusing on my personality, pushing me to talk or smile or laugh, even when I didn’t want to. Over the years, I learned how to be social but, for me, this is just an act I put on in order to be socially acceptable.

My personality aside, in Indonesia there are still certain unresolved racial problems, and as a Chinese descendant I also suffered racial abuse. All of these social experiences have contributed to issues around identity, social anxiety and other mental health issues.

Being an ‘outsider’, I also tend to observe people’s behaviour. I see lots of people around me who do not have any authenticity behind their actions or their words, which has lead to my feeling that I, also, cannot be myself around others. Sometimes, I cannot go outside without feeling overwhelmed and nauseous. There have been times when I have had suicidal thoughts and planned to act upon them – although, fortunately, I chose to get help instead, to heal, and to feel better.

“My role in society, or any artist’s or poet’s role, is to try and express what we all feel. Not to tell people how to feel. Not as a preacher, not as a leader, but as a reflection of us all.”

All of these experiences are my inspiration for this comic, which I hope can serve as a reflection of anyone who reads it.