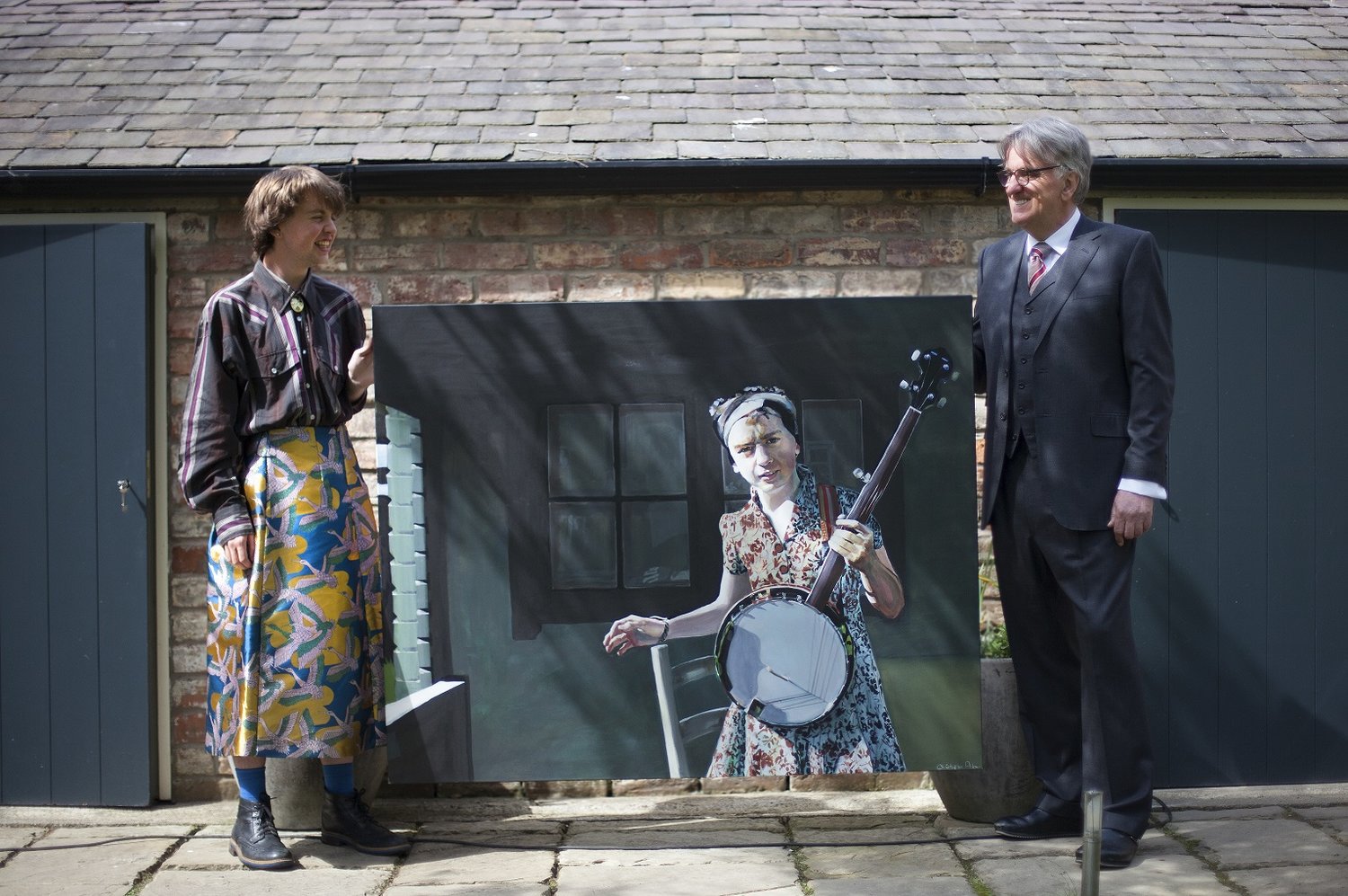 "I wanted to paint how I was feeling: affronted, defensive, angry and desperate for change."

Christopher, how do you feel about selling your painting?

I hadn’t won anything through The John Byrne Award officially when I entered my self-portrait, Get The Fuck Off My Porch, last September, so I naturally thought that no interest in the piece would be shown thereafter.

I was shocked when I heard that someone was interested in buying the work. I was told that my picture would be hung in a restaurant in Berlin and I near about fainted; I had never in my wildest imagination thought that this picture, which I had painted as part for my Advanced Higher Art portfolio, would end up travelling so far.

It has meant that my face will stare down from the wall at unsuspecting diners in a restaurant in a major European capital, hanging there, hopefully grabbing someone’s attention. Maybe sparking another conversation.

What made you paint Get The Fuck Off My Porch?

Truth be told, I didn’t paint this with the intention of changing people’s minds about anything, nor with the hope that it would be so well received. I was angry with the stereotype of homosexual men as catty, vacant and judgemental; and worse, angry with the fact that many men aim to fit this role of blatant misogyny and prejudice.

I’m not prepared to act or wear what people deem suitable nor fit into that toxic role of the homosexual man. The fact I play my bluegrass on the porch in a problem-patterned dress is entirely my decision and if you have any problem with that, or indeed with anyone else for that matter, I’d have no problem in telling you where to go.

What you think of The John Byrne Award?

The John Byrne Award is unique. Screenplays and animations are judged beside metalwork and embroidery, which doesn’t happen very often. There’s no prejudice or pretence; everything is relevant and valued. For that I think it’s an important platform, not only for young folk to express themselves, but to cut through the pretentious jargon which sometimes exists in artistic circles. A competition like The John Byrne Award is useful and, I think, wholly necessary.

I am truly touched that, because of The John Byrne Award, my voice has been listened to and someone liked what my painting had to say. Of course, I’d recommend anyone who is reading this to enter The John Byrne Award- or to embark on any creative feat, at that – because you really have got no idea whose attention you might grab, what conversation your art might spark and down what creative avenue you might just be taken. And where THAT might lead you.

Announcing Our May Judging Panel!

Coronavirus and caring for our community

The John Byrne Award Ceremony 2020 – Thank you for coming!

The John Byrne Award for an Outstanding Contribution to Social Discourse.