Would you sacrifice yourself? 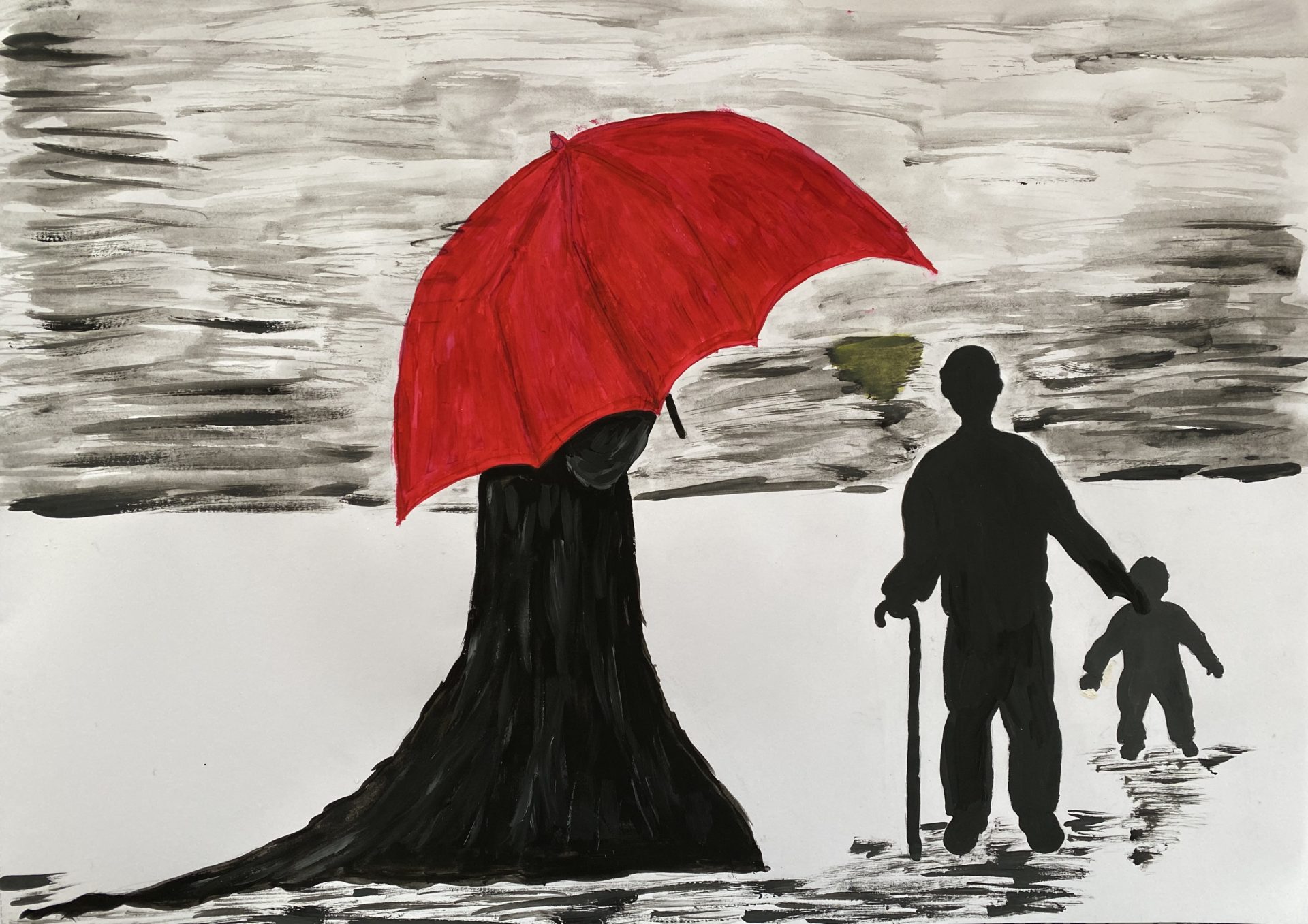 Jump-the-line is based on my brief encounter with death in a nightmare two nights before my father-in-law passed away when my son was 2 years old. When death came to take my son, my father-in-law asked death to take him instead. There are countless acts of selflessness throughout time in many different cultures: heroes during wars and terrorists’ attacks, Chernobyl volunteers, people donating an organ … What makes these human beings put their own life on the line in order to save others? Is it their values, their beliefs or the thought that the alternative to their own death would be something far worse? Our media loves depicting heroes ready to die for the greater good but how many of us would sacrifice themselves for either those close to them or even unknown strangers?

Jump-the-line, 2020Acrylic colours
PreviousWhat do we feel when an impossible window on the past opens?
NextI have the ’cùram’ (Gaelic word referring to someone who is Christian, literally meaning caring), can you tolerate me?