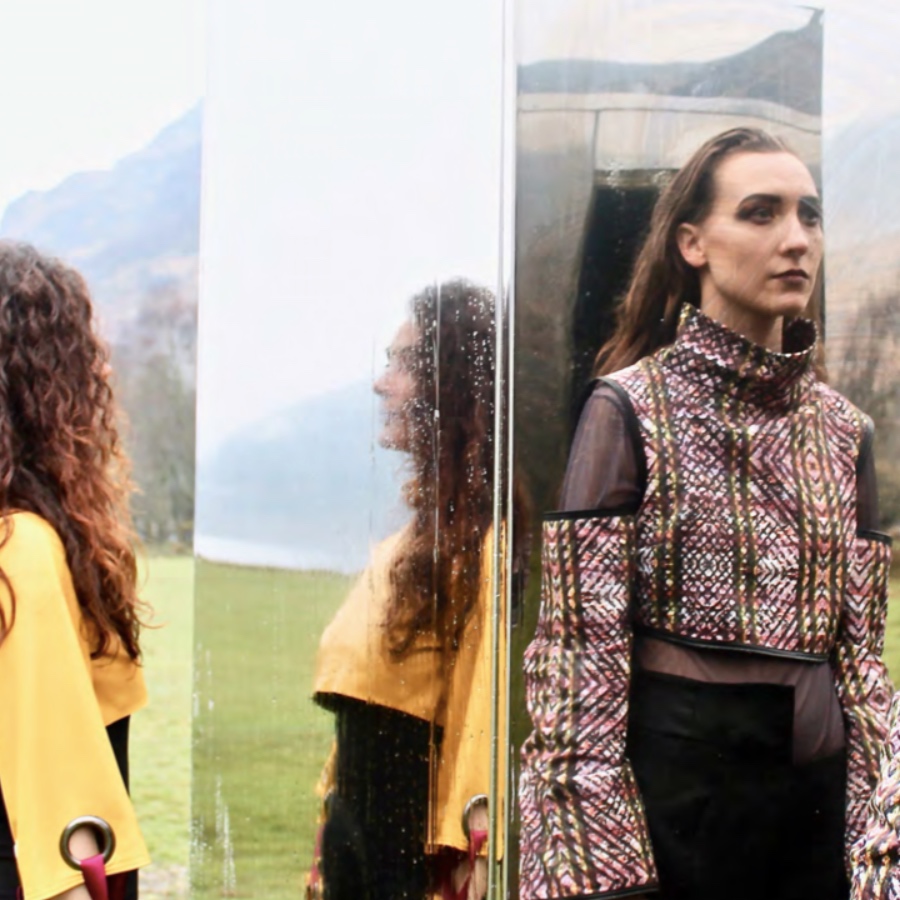 Previous entryAre you looking for a revelation?
Next entryAre halcyon days now a memory?
September 24, 2020

Will you stand and be counted for something that money can’t buy?

As political lines were being drawn in the sand and both sides were becoming more polarized, I began to deliberate over the consequences of Brexit. The voice of Scotland had been disregarded once again. “OPPOSED” aims to carry political awareness to the fore- front; fashion is a powerful way to communicate a political agenda. To highlight the current difficulties regarding Brexit is crucially important, especially now when it lingers in the shadow of the pandemic. “OPPOSED” includes prints of my take on traditional tartan and tweed which when looked at closely are created from photographs from protests. Influence was drawn from torn connections, politician’s lies and referendum maps and charts. As a nation we must continue to act passionately for our country, we need to stand and make a change. Hope over fear. Saorsa do Alba.