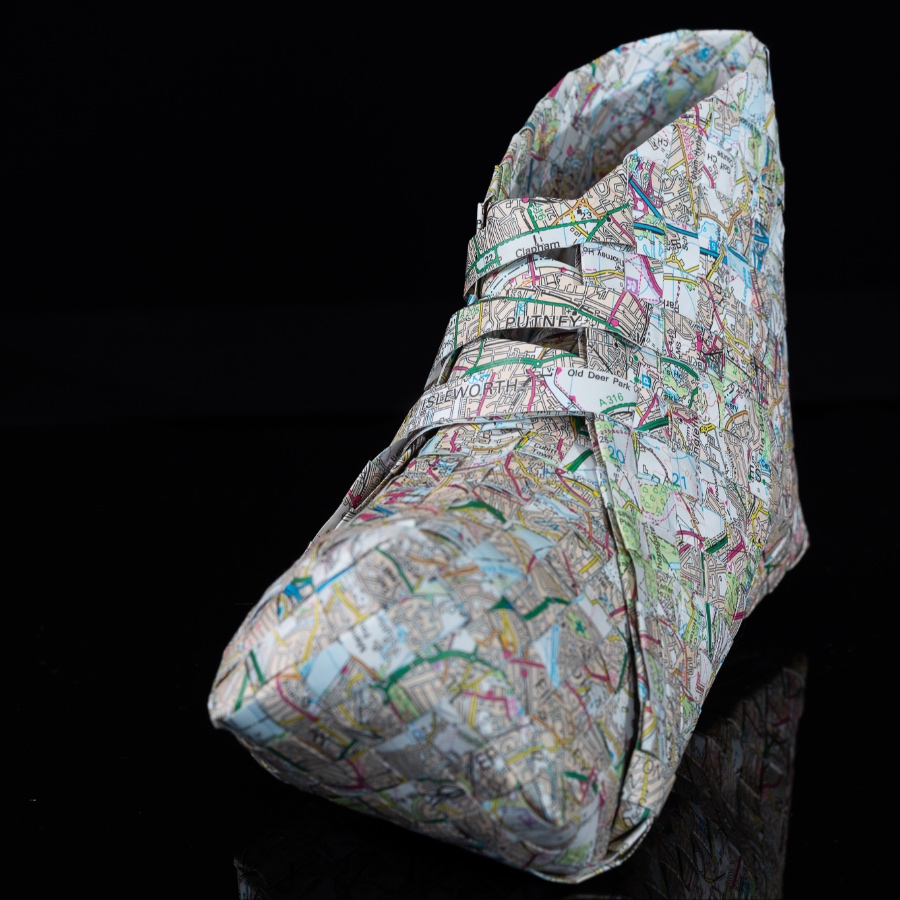 ‘Will Women Ever Be Safe To Walk Home Alone?’ 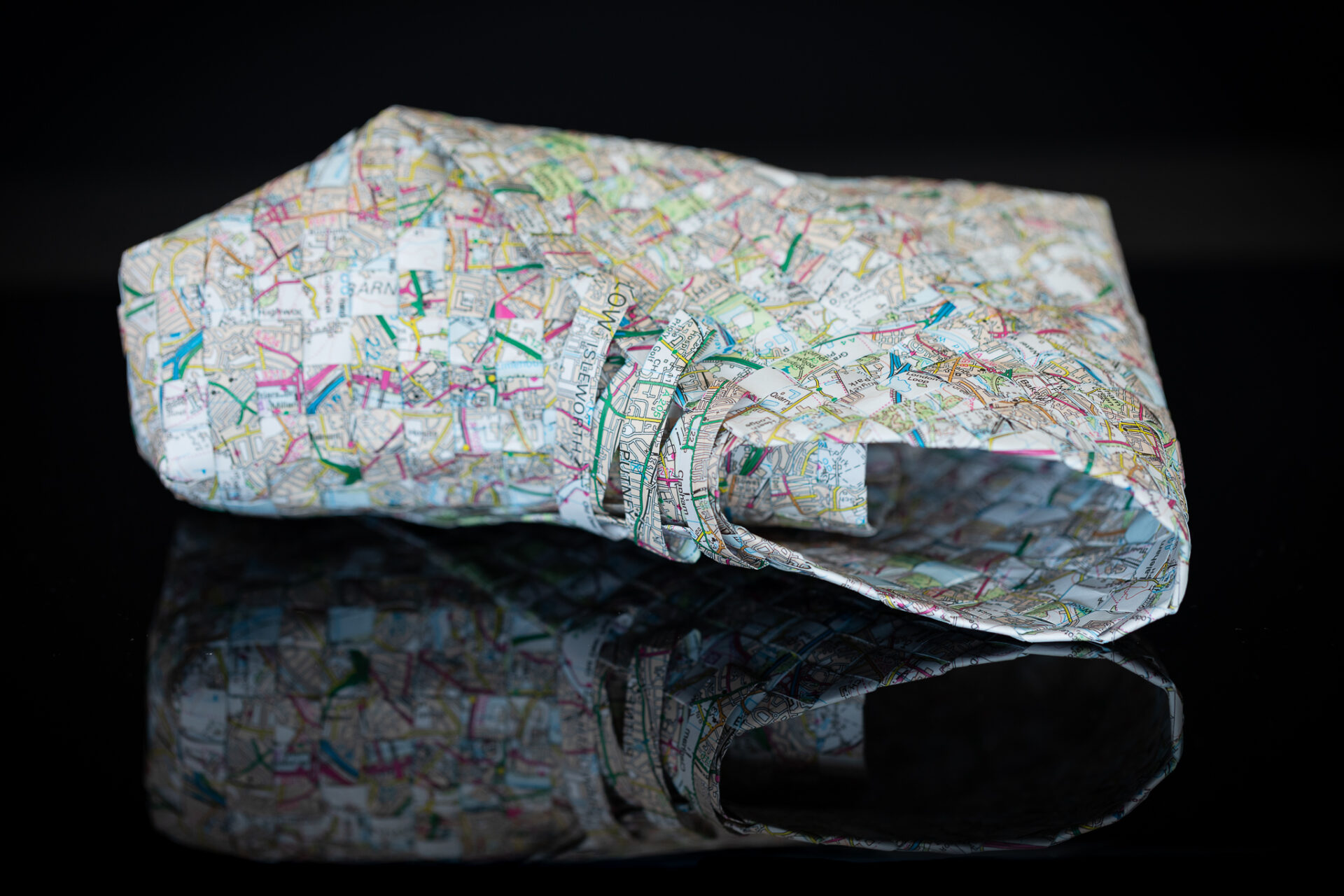 In quiet fury and grief at the death of Sarah Everard, this single shoe was made and photographed in remembrance and reflection. The shoe is plaited from Ordnance Survey maps of London. In every square of the map, in every single street and park and train station, a woman has felt afraid or been harassed or attacked, raped or even murdered. The “ghost shoe” recalls all those women whose steps have faltered, or been halted, because of male violence. Between the two of us, basketmaker and photographer, in various cities we have been chased along the street, flashed at, wanked at, touched on buses, harassed, intimidated, made to feel frightened often, terrified sometimes. Always by men. The realisation that this seemed normal, that it was second nature to choose shoes we could run in, to carry our keys in our hand, to be constantly vigilant, angers and upsets us. Enough really is enough. Somehow, starting with one small square on a map, we must ensure that a city becomes a place women can live freely. Made in remembrance of a young woman who should have been able to walk home in safety, but tragically never made it home at all.