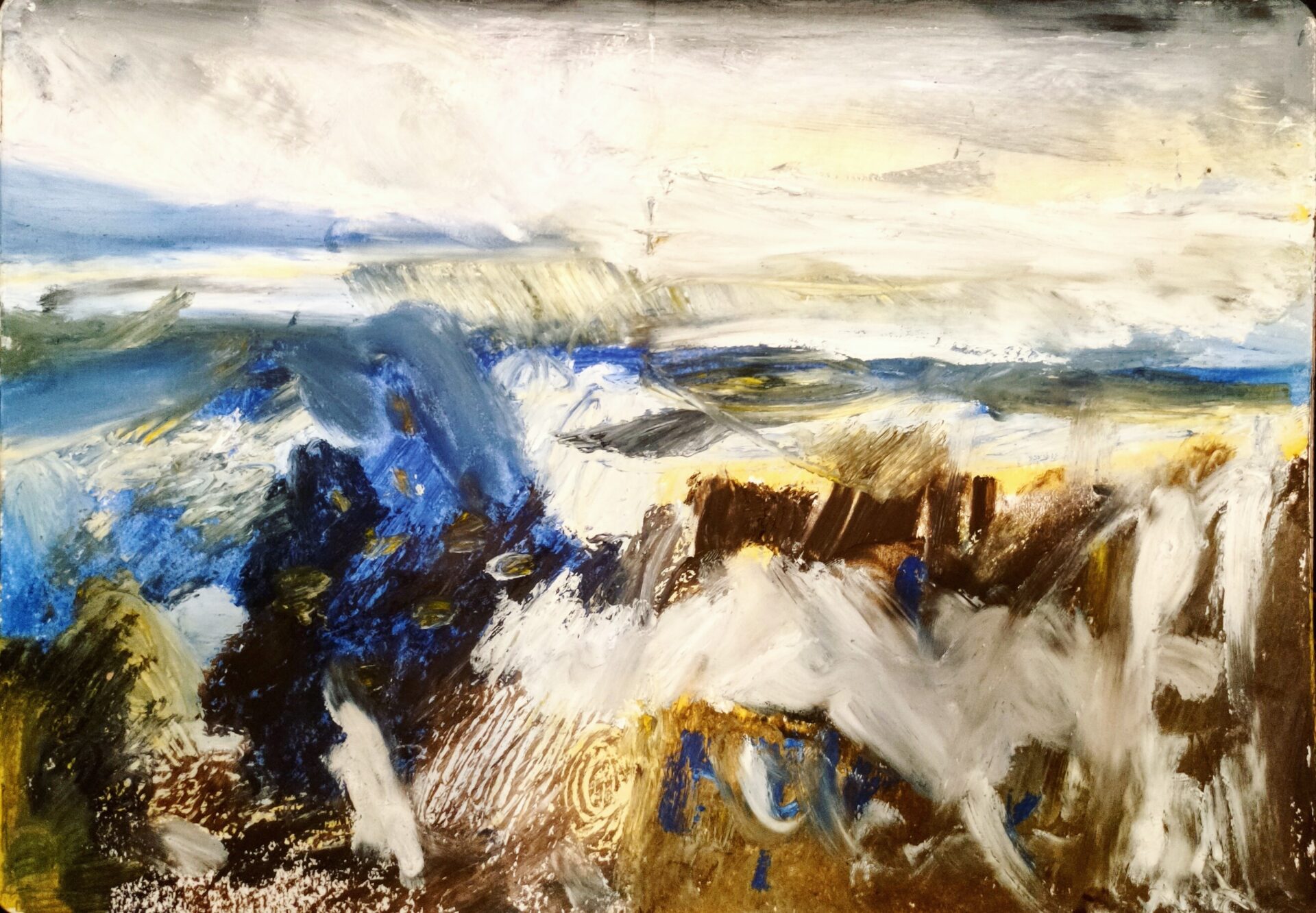 Will I ever stop being a disappointment to myself?

My artwork communicates the idea that millennials live in an era of disappointments due to the problematic connection between harsh capitalism and worsening mental health crisis. According to Mind, suicides and mental health problems experienced by young people are on the rise by 30%, but only 1 in 8 reach for medicinal treatments. My piece is about millennials rediscovering landscape as medicine out of necessity to escape from their crisis. The hardships manifests with an increasingly competitive job-market in an over-saturated field which limits the chances of young people finding stability, sentencing them to years of fighting over for zero-hour contract jobs. The piece is well balanced, being a contrast of both movement and stillness -much like the nature of the seascape and mental health conditions such as depression. My work expresses the feelings of sadness through the blue sky and frustrations which is shown through the movement in the expressive texture and bold marks – both as a result to disappointment in our society. The earthy colours resemble those of a day at the seaside, compelling the viewer to feel sheltered from the outside world despite being trapped in a storm of mind.