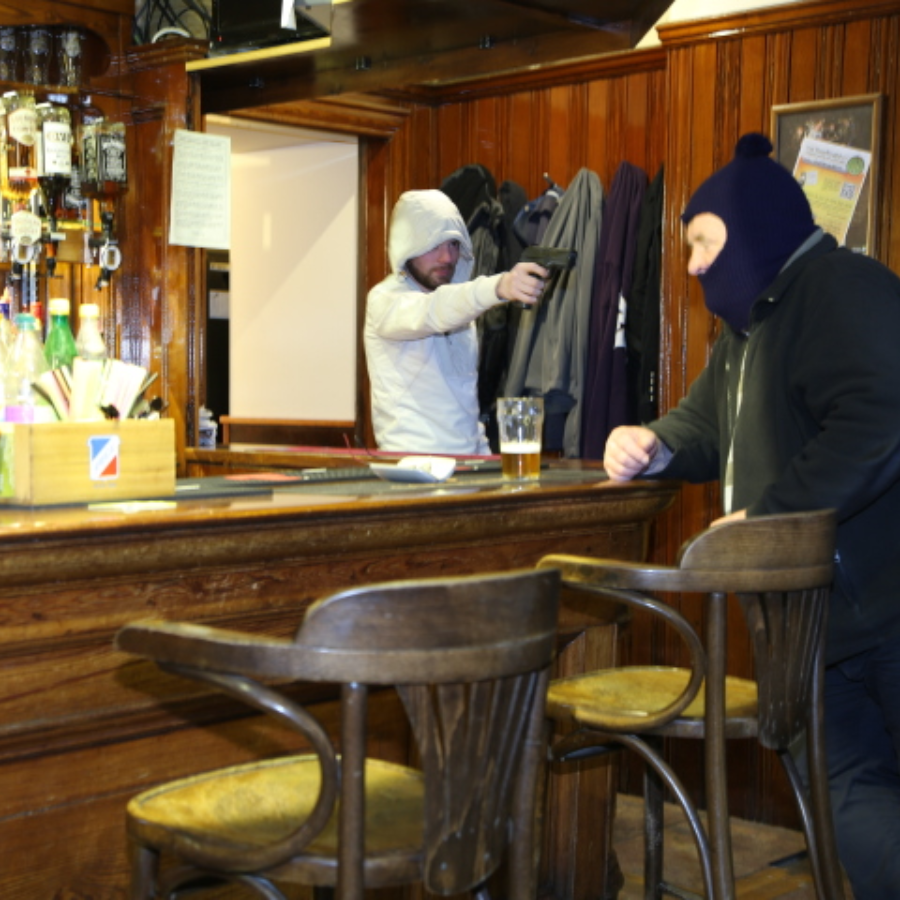 I penned this tale for a glossy magazine which never quite made it into print. There was a good measure of enthusiasm for the project but pretensions maybe got in the way. Since, then elements of the piece have been incorporated into a pie-and-pint short play about a hairdresser from Ferryhill. There is a video somewhere in the depths of the web which has been viewed by a paltry few.
The tale explores the passage-rite of post-funeral teas. Replete with neatly triangulated cucumber sandwiches, various iced-niceties and mountains of those wee dried up sausage rolls which funeral parlours use to distract us from loss.
As a child, I was made to wear a brown knitted balaclava in winter. I recall vividly the wetness of the mouthpiece and the difficulty caused by a streaming nose.
I suppose bank robbers and assassins have found a solution to the problem. Or maybe they only ply their trade in high-summer.
Yes, that’s it. An examination of the role of the funeral tea in coming to terms with loss. Mind you, McAllister maybe went a wee bit too far.

PreviousWhere is a (no)n place in your mind ?
NextHidden Breaks?

Is there more than meets the eye?