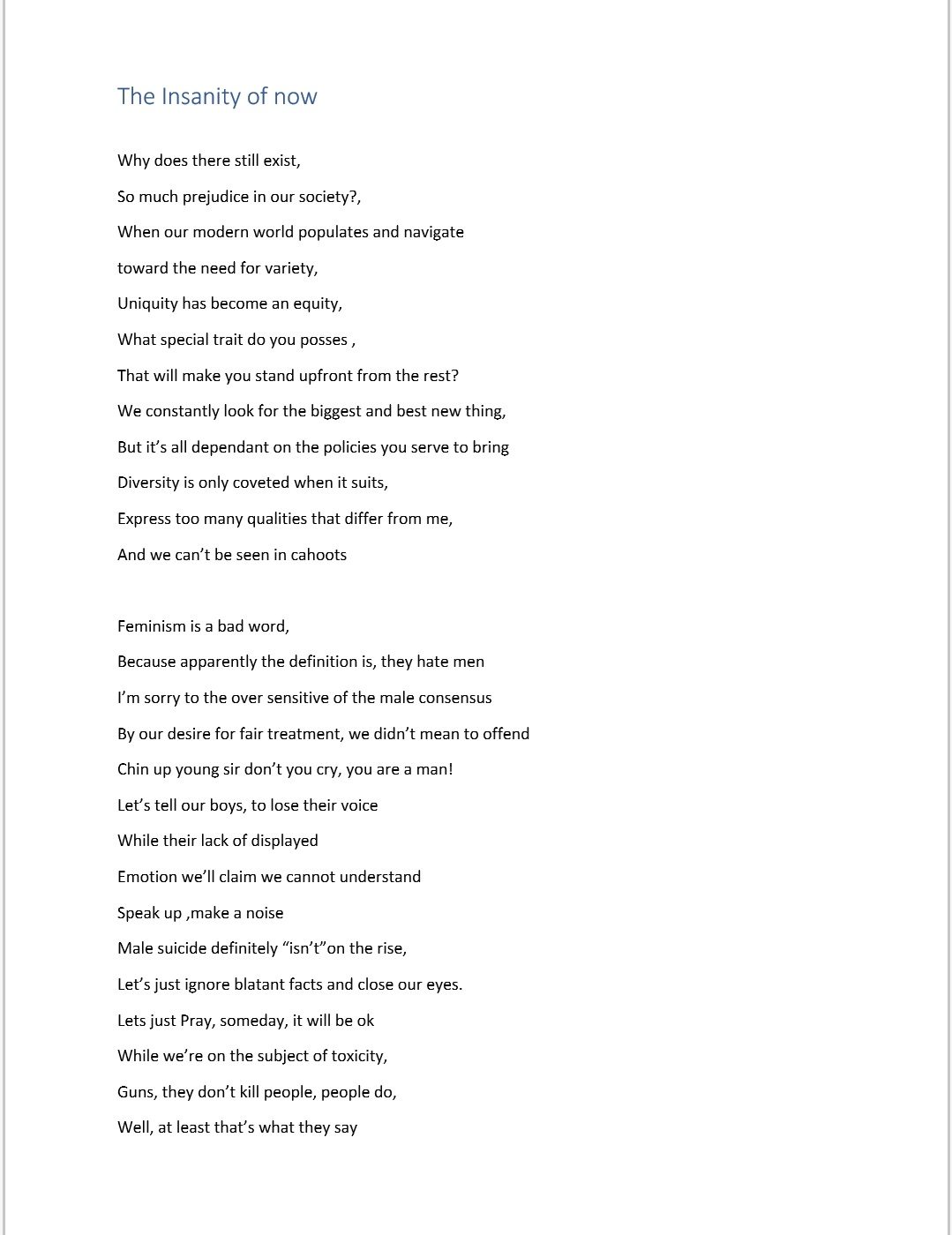 Read more
Previous entryMan’s best friend?
Next entryWhy do we use products and nationality to identify ourselves?
February 1, 2019

Why is the world at war with it’s differences?

There has been a lot of controversy the last few years involving politics, gender issues and people’s general desire to be heard and respected. This poem serves as an attempt to acknowledge that, being different, isn’t being wrong. there’s a chaos with the constant hypocrisy, oppose to a realisation that the variety of man is a good thing not bad, everyone’s voice matters and should be respected.

In the last few years there has been a lot of media in The UK and USA that has shown that despite it being 2019 there still exist issues regarding peoples interaction with politics ,religion and even the understanding of basic decency towards others that may not be the same as us. The US vs Them mentality seems to be a prominent feature and it’s proving to be more destructive than effective.

Share
Read More
Next entryWhy do we use products and nationality to identify ourselves?
Previous entryMan’s best friend?