Why is the Black Female Body a Spectacle? 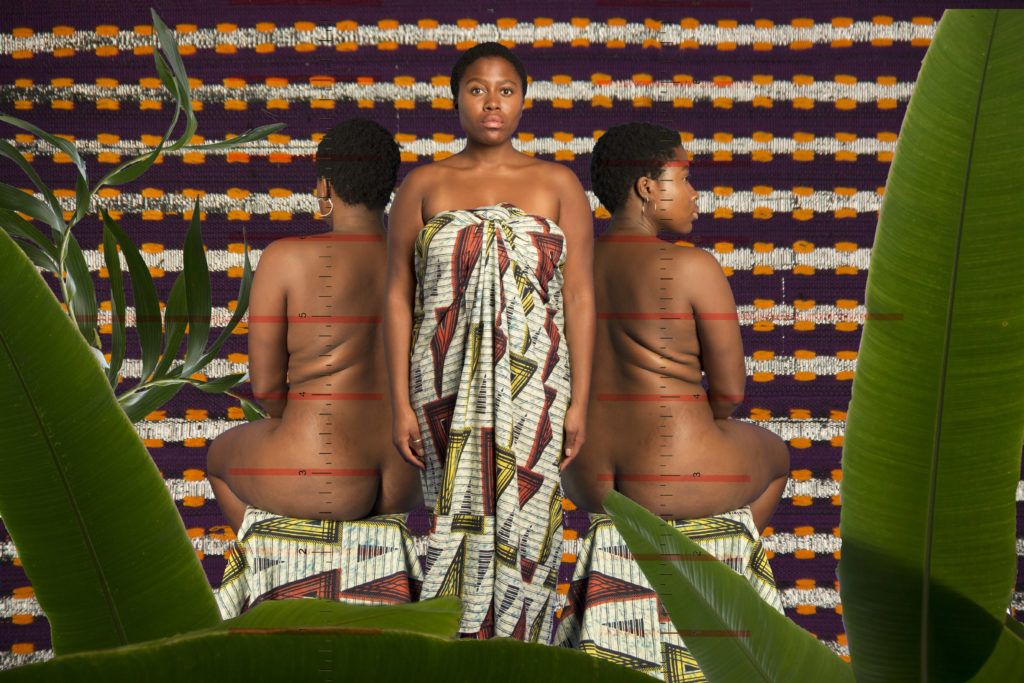 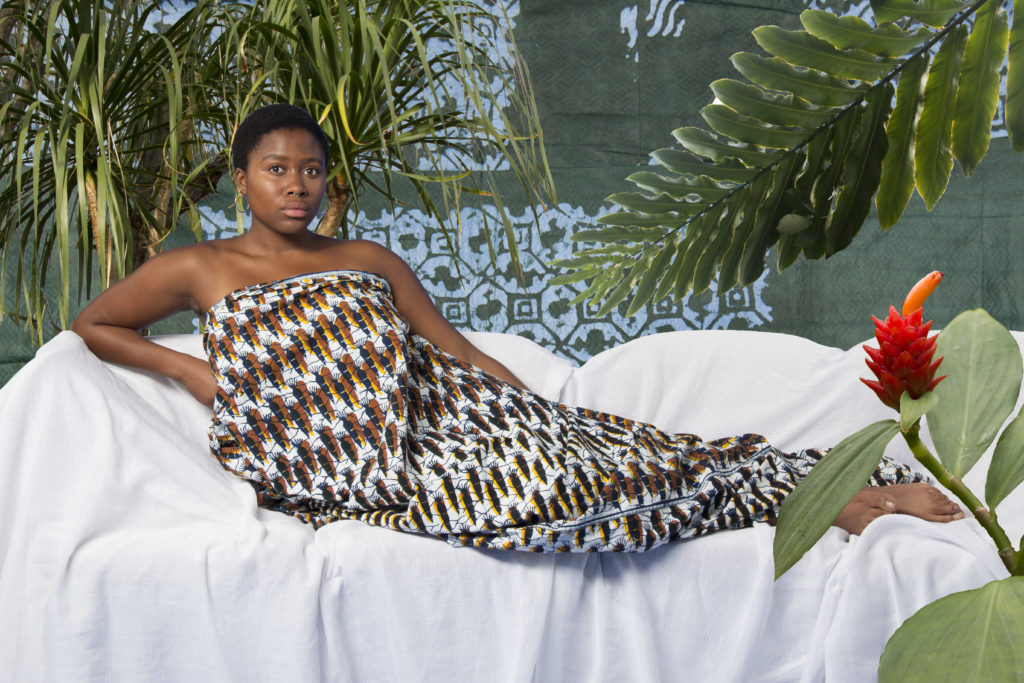 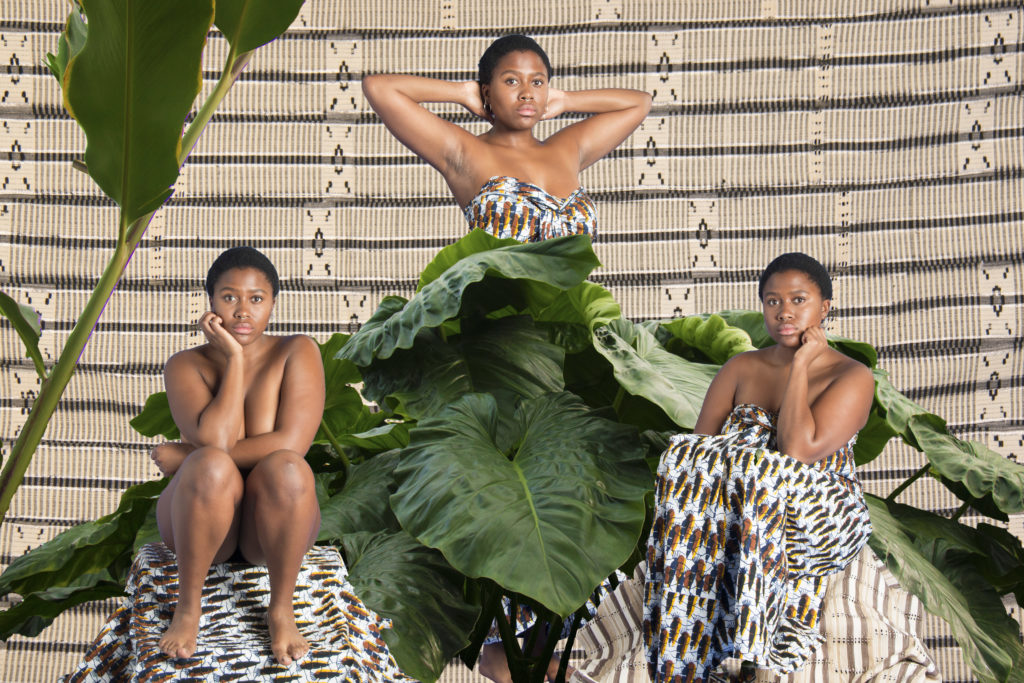 My work looks at the display of colonial bodies in the 18th and 19th century, in the World’s Fairs which I have been researching for my dissertation. The imagery draws from colonial and ethnographic photographs which were then used as evidence for the supposed inferiority of black people and were also circulated as pornography. Black (and other racial minority) bodies were photographed either naked in front of a white background, stripped of their identity, or surrounded by random tropical plants to make the photographs seem authentic and exotic. Figures like Sarah Baartman, the ‘Hottentot Venus’, and the treatment of her body as a spectacle illustrate how the black female body has been established as hyper-sexual, a notion that is still very present today. Through digital collage and self-portraiture, I have combined historical references as well as references to my own Nigerian heritage through the use of Nigerian fabric and my own body. My work acts to challenge historic and current notion of the black female as a hyper-sexually deviant spectacle. In understanding how such notions were established, the stereotypes placed on my body and the bodies of other black women can be deconstructed.

Exposition, 2019Inkjet Prints
http://tayo-adekunle.format.com/ tayoadekunlephotography
PreviousIs it the people you meet that determine the course of your life?
NextWhat does Walking Football mean to you?

Why are we still scared of our own choices?