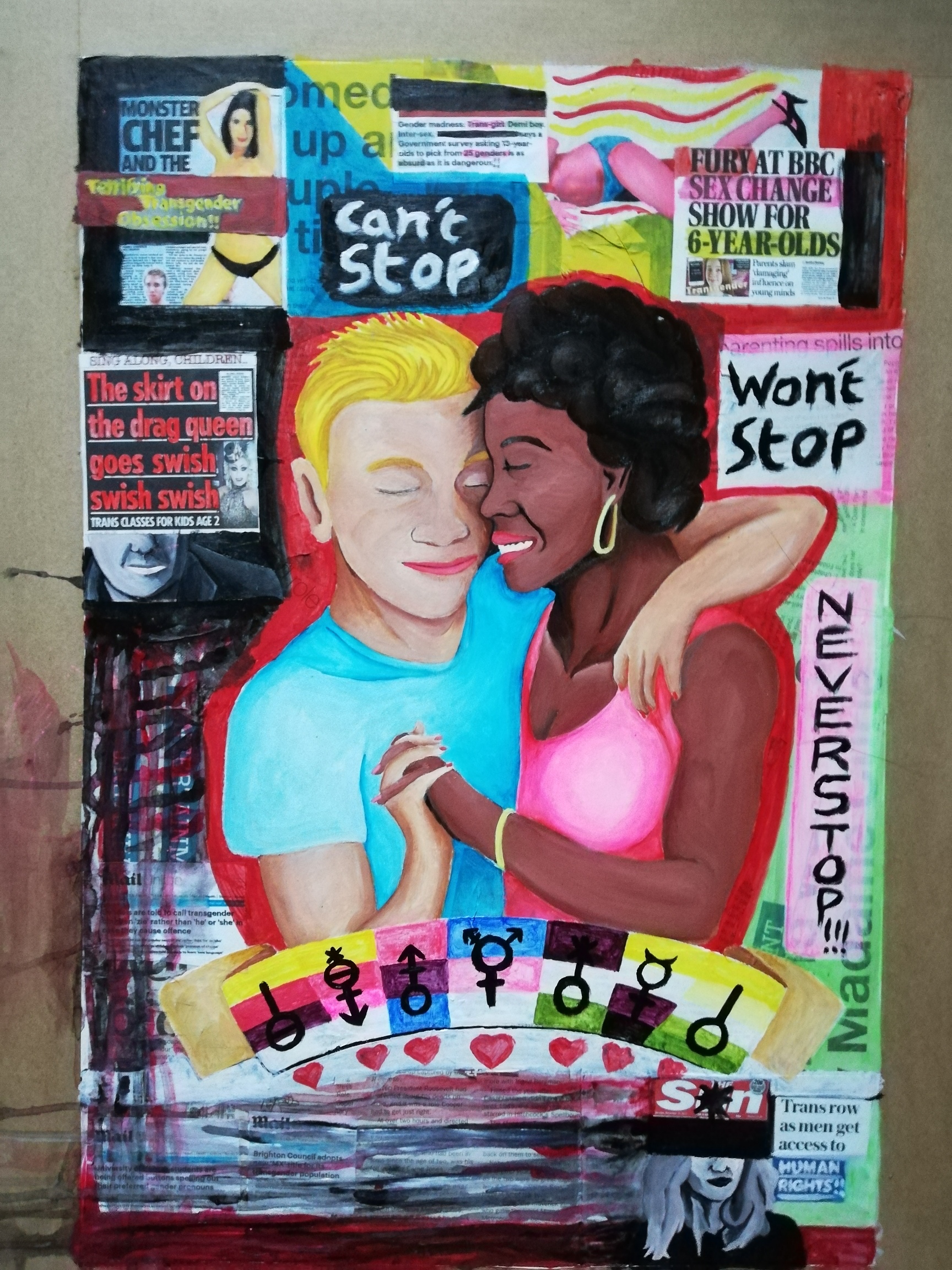 Why Hate When You Can Love?

Through research and experience, I investigated the feelings towards people who don’t follow binary genders. The non-binary people, agender, pangender, neutral and transgender people in general. I saw they receive undue hate and criticism just for who they are, often backed up by faulty logic, a bad understanding of science, and a large media presence. However, no matter how virulent their hatred is, they cannot stop the truth that these people exist and are no different from their cisgender counterparts. These facts are taken for granted by some, so they need to be shouted louder for those in the back. Through my piece, I show how this common humanity overcomes hatred by showing them bigger and brighter than the stained, melting media mud slung against them. The piece promotes love against hatred while criticising the anti-trans media and figures in the background. It was crafted carefully after multiple studies and test paintings exploring the theme. Direct as it is, it is not meant to be a sly aside, but a defiant blast of colours and expression. Preferably, it will get people to think more about this prejudice against gender-nonconforming people and rally against it.