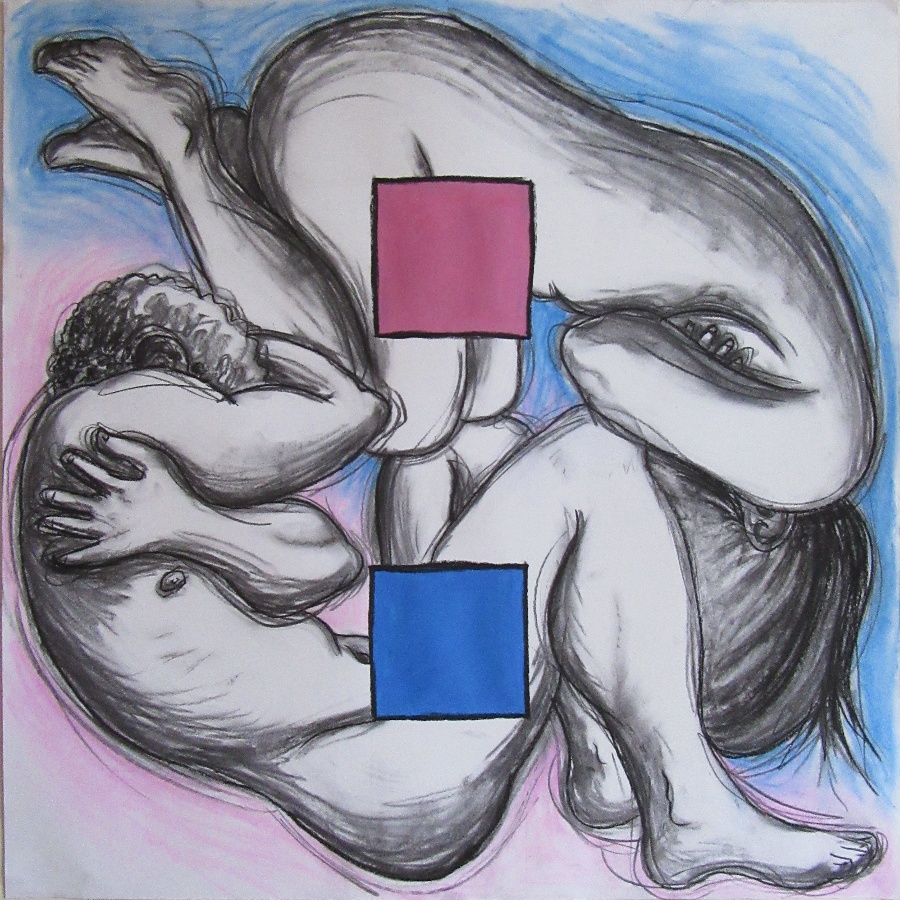 Previous entryAre we going back to the future?
Next entryIn the Roman Catholic religion, is the act of confessing sins a tradition that is dying out due to the negative effect and guilt it exerts onto children and young people?
December 11, 2020

Why do we assign colours to bodies?

As a transgender man, I understand what it’s like to be pushed towards a particular gender role that does not match my gender identity, based on my biological sex. I was fortunate to have supportive people around me when I came out, however there are many others who aren’t so lucky. Thousands of transgender individuals are still forced into gender roles that do not fit them, causing unnecessary pain, trauma and even suicide. Why? Why must people be forced to look and act a certain way all for the sake of tradition, when it causes so much emotional pain and death? Is it worth it? My piece brings forth this idea, showing a male and female who’s genitalia is covered by a blue and pink box respectively. They lay in fetal positions covering their faces as if crying, cramped together in a square. This further represents the idea of being put into a box, an expectation, a gender role. This is an important issue to discuss as it has and still does greatly effect peoples lives, and yet not enough people talk or care enough about it.

erictingeyart
Share
Read More
Next entryIn the Roman Catholic religion, is the act of confessing sins a tradition that is dying out due to the negative effect and guilt it exerts onto children and young people?
Previous entryAre we going back to the future?