Why can’t we love them as they are? 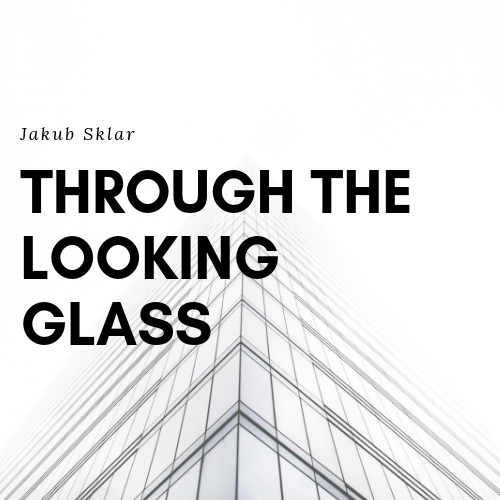 We live next to men and women, yet in our minds, we live with idols, images of our loved ones, twisted into some would-be perfected form. The fact that it is no longer them seems not to be important anymore. And so we suggest and insinuate and propose and we buy them fitness loyalty cards and ergometers, all packed in our good intentions, we criticise their bodies and style of clothing, and then we go and do it on the side anyway. “If only she would be more like her. I wished he would become more like him.” Why not make them that way? The technological bloom is on our side, and the demand has solid foundations. Yet do we really want that?

Through the looking glass On that night, the place was half-empty, we were sitting by the bar and drinking heavier than on an ordinary occasion. The level of the conversation was diminishing any minute, and my language capacities had dropped to zero. Listening to the preposterous threads of syllables I fished out something that had grasped my dying attention.
“Anyway you’d want her to be”
“She might be more blonde, you know. She is brunette though, but that doesn’t matter”
“Anyway, anyhow man”
“Maybe a few kilos down and firmer butt”
“What about her tits man?”
“Boobs are alright, at least I think”
“But when we’re at it…”
“Fuck yeah, you’re right, let’s say one size bigger than”
“Anything man, they’re working on it right now. When it’s here, I’ll be in charge of the promotion. It’s big man, the biggest thing since smartphone”
“Promise me, when it’s here, I want it!”
“Sure man”
“And then, we’ll change the barmaid too”

Out of this load of gibberish, the following story has originated.
PS: Bear with my English as a second language.

PreviousWhere is my mind?
NextWhy is it so difficult to express how we feel to others?

NHS workers. How do we pray?

Are we ever truly free?

Is it safe to dig up the past?

How did you sleep?

Why have I been endowed with aberrant proclivities and why can’t I say that another way?

What does she make of all this?

How can we heal from heart break?