Why are non white cultures portrayed as savages? 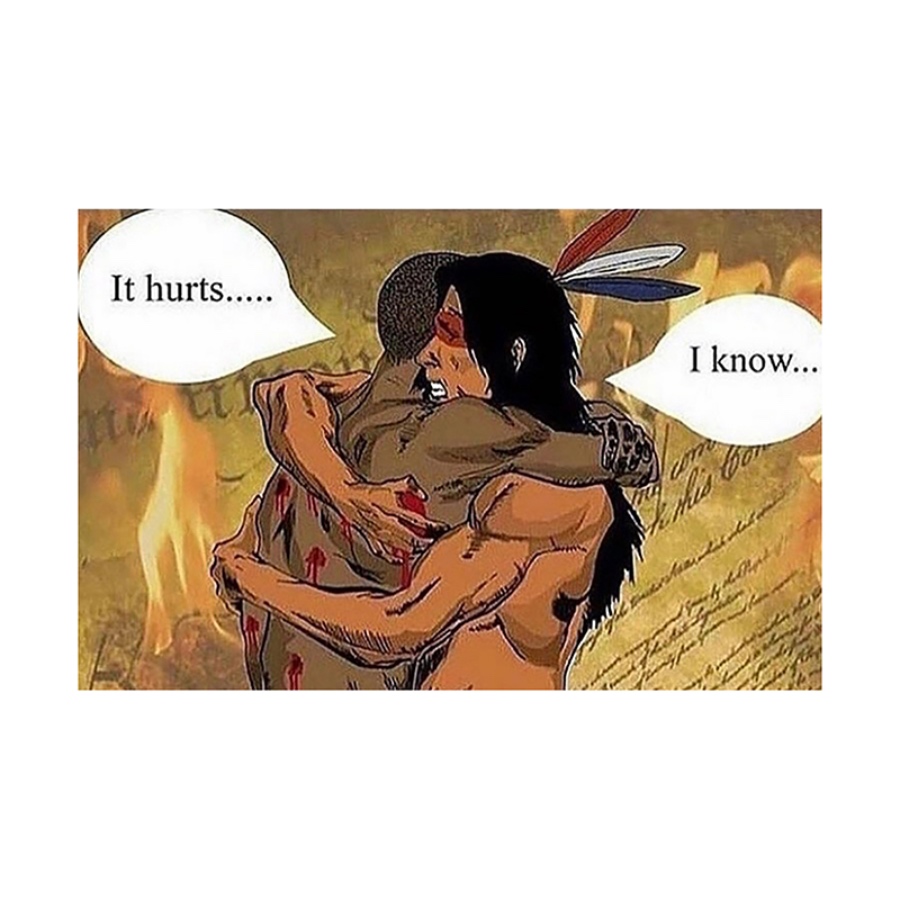 Native American culture and history is something that has fascinated me for years but it was only as i grew older and i researched more that i realised the barbarity they were faced with. They were the first people of America, they lived there for centuries before Christopher Colombus ‘discovered’ it. They respected the land and took it care of it and in return the land took care of them. The Lakota Sioux of the Northern United States believed everything from trees to rocks to rivers had a spirit. Whenever they hunted an animal, they respected it by using every part of the carcass for food, clothing and homes instead of discarding it. The savagery is the people who over the centuries committed genocide. It is estimated 100 million Native American people were killed. Only around 2.09% of the entire population are Native.. Yet the colonisers are given honorary statues,called ‘heroes’ or icons. Why? The answer is simple. Because they are white. I hope to tell the story of Native American struggles through this fictional story of a non Native child raised by Native Americans, whilst also hinting at Scotland’s history of ethnic cleansing and also the slave trade.

The Legend of Prairie Flower, 2020Writing
PreviousDo anti-depressants like sertraline work?
NextWhat would COVID-19 look like if it were a horror film?