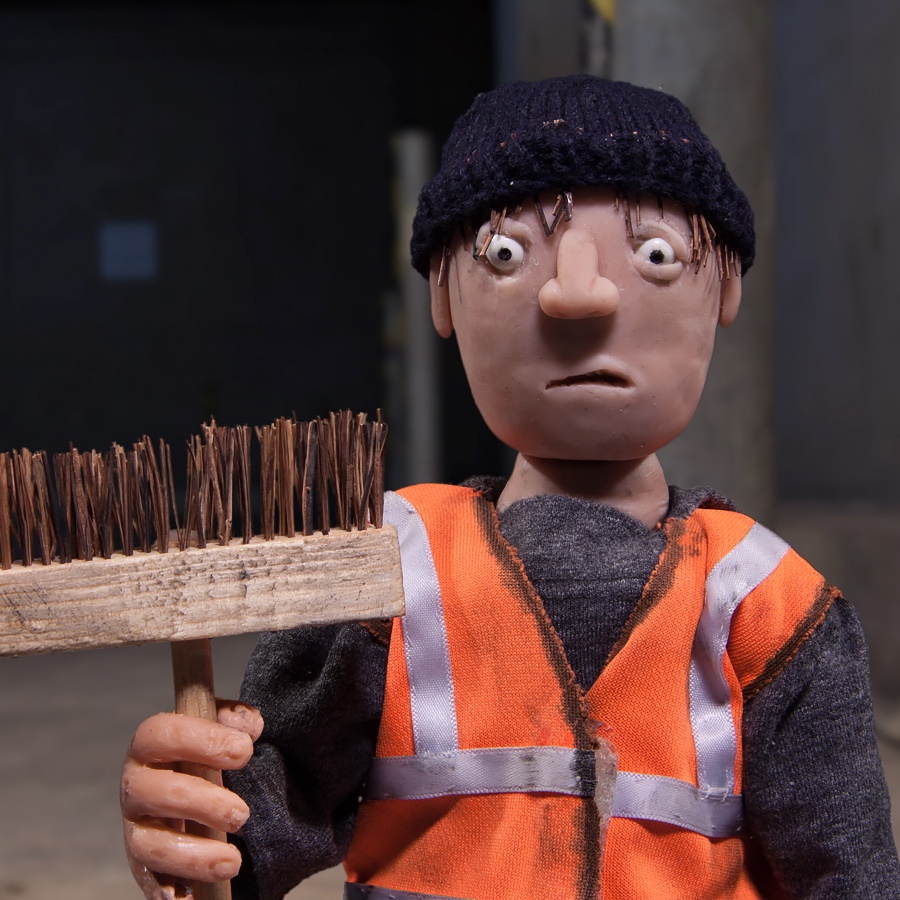 Play video
Who would clean a car park?
Next entry Why Do We Place So Much Pressure On Ourselves?
Previous entry Do paper books matter?
April 30, 2020

Who would clean a car park?

During my final year at art college, I lived near a multi-storey car park in the centre of Edinburgh. One day, I heard a brush being swept there. At the time, I was developing ideas for my graduation film about a cleaner and his (talking) brush. Never had I thought a car park would have to be swept. When doing research for the film, I came across a quote in a report by the Equality & Human Rights Commission on the cleaning sector. A worker said that cleaners were frequently “the first to be blamed and the last to be thanked”. That really stuck with me: what would it mean to carry out a job that society relies upon yet never fully appreciates? I also heard a local cleaner describe how people would look straight through her. The scale of a stop-motion puppet situated within the vastness of a real-life car park seemed an appropriate visual metaphor to reflect this state of being overlooked. Ironically, cleaners are usually clad in high-vis jackets. Later that day, I met the person I had heard sweeping. His name was James. This film is for him and the workforce which so often goes unseen.

https://blipblob.co.uk blipblobfilm blipblob
Share
Read More
Previous entry Do paper books matter?
Next entry Why Do We Place So Much Pressure On Ourselves?