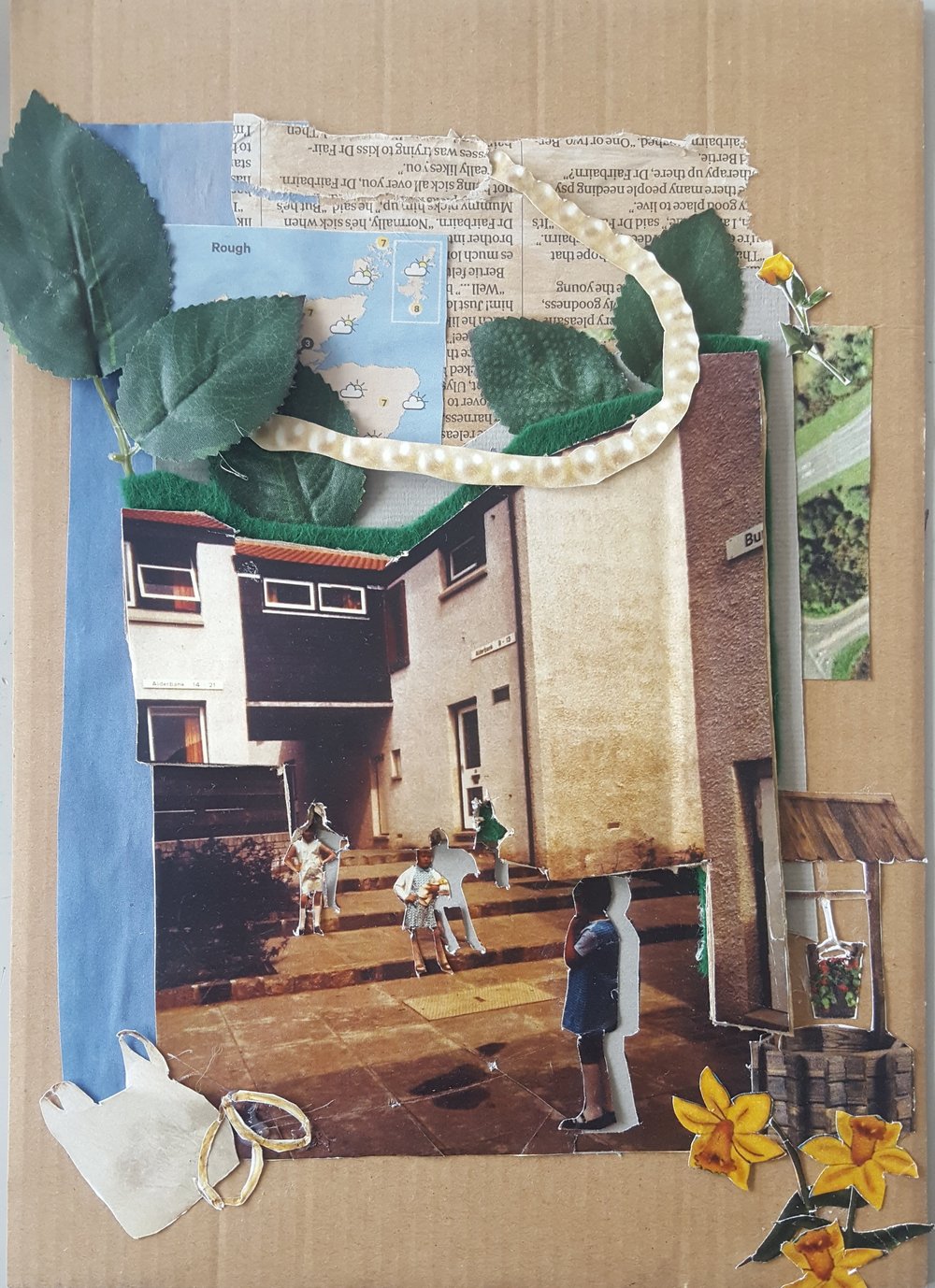 Previous entryWho’s reality?
Next entryHow much time do we have?
December 22, 2018

Who was my nana?

I did this piece as a collage of all the things I knew about her. She moved from Glasgow to Livingston with her husband and two children so I wanted to show this in a form the viewer would understand by having the background of the piece be maps of those two locations as well as bird-eye views of their roads. I also used layering as a way to show through my materials the complexity and time passing through in the piece. I found an old image of her town in the early stages of it opening and the children playing I wanted to represent her childhood as one looked very similar to her but also her own children’s adventures by her side. Using wedding rings and pearls showed my nana’s class and high authority to me as well as her everlasting glow around her when she wore her gold. Using fake leaves had a sense of looking under then to see her whole life that I knew of and a way to show patriarchy to her fond fake fruit bowl and fake flowers she had around her home. Lastly I had many little bits of her throughout this piece that are personal to me but I wanted to ensure some of her colour was included by having the yellow flowers like the walls of rooms in her house and a single yellow rose which she and her husband both had on their coffin when they were buried. This piece to me captured my take on her life as I knew it as well as an almost mirage of her aura and kindness in one.

Share
Read More
Next entryHow much time do we have?
Previous entryWho’s reality?