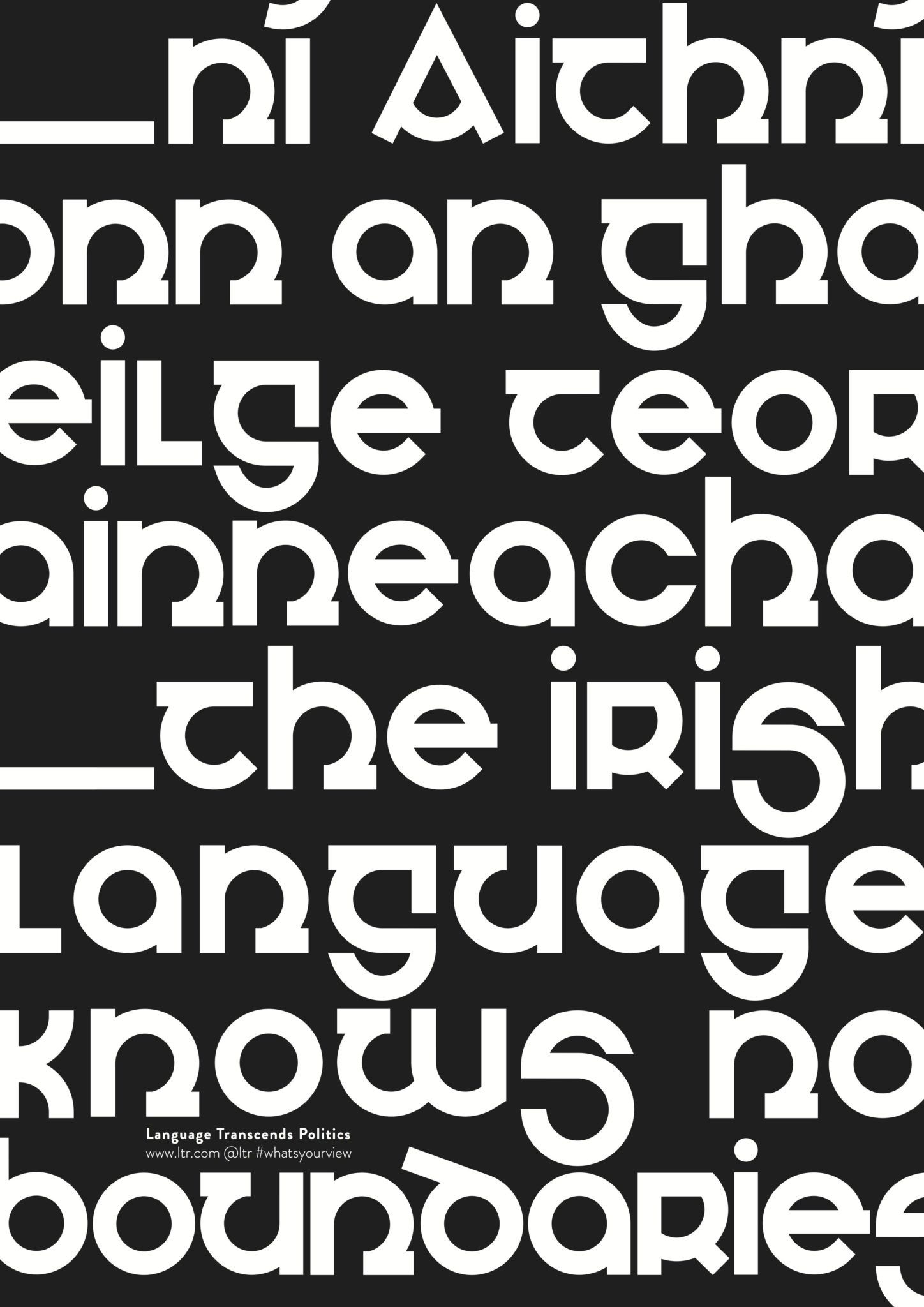 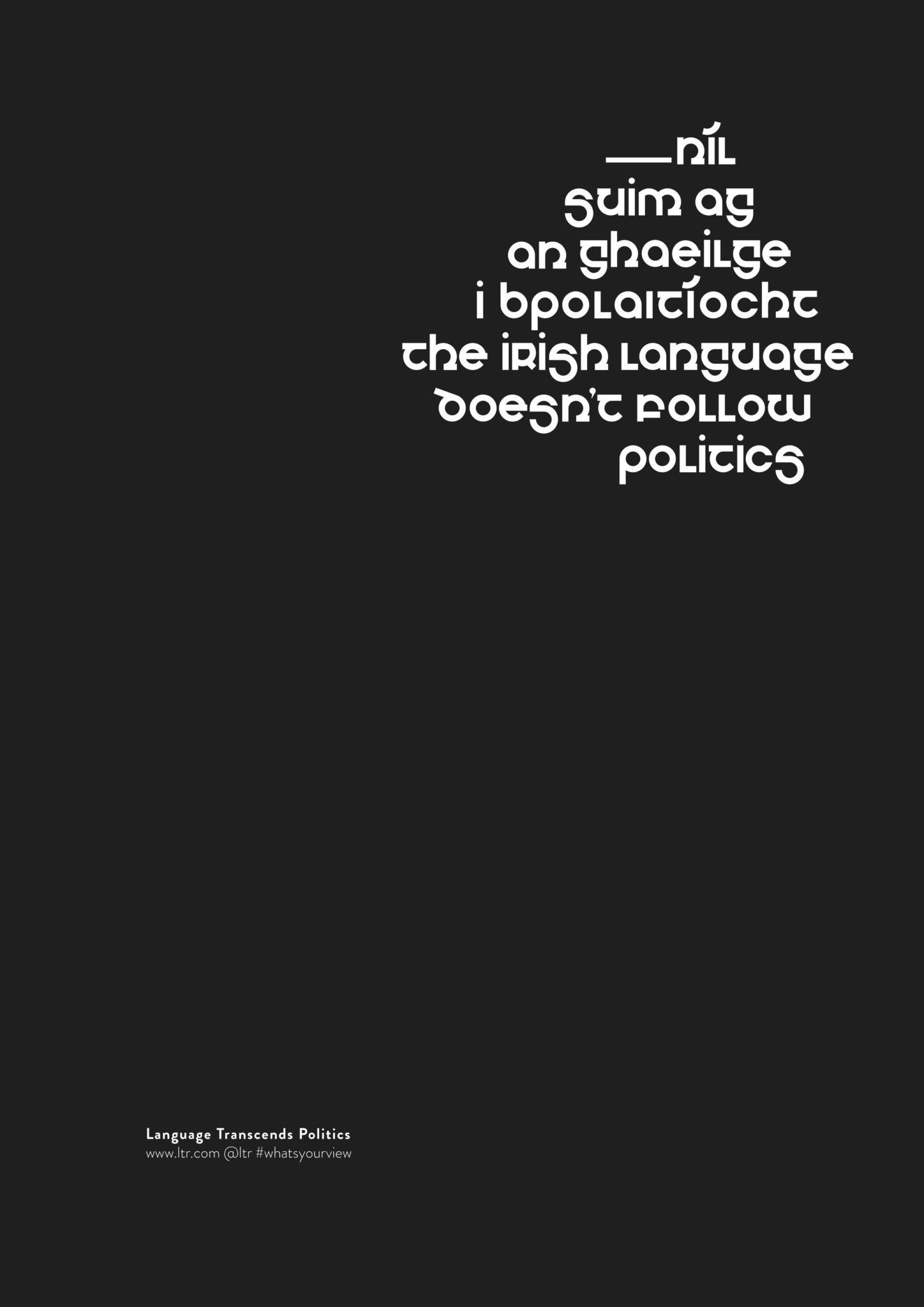 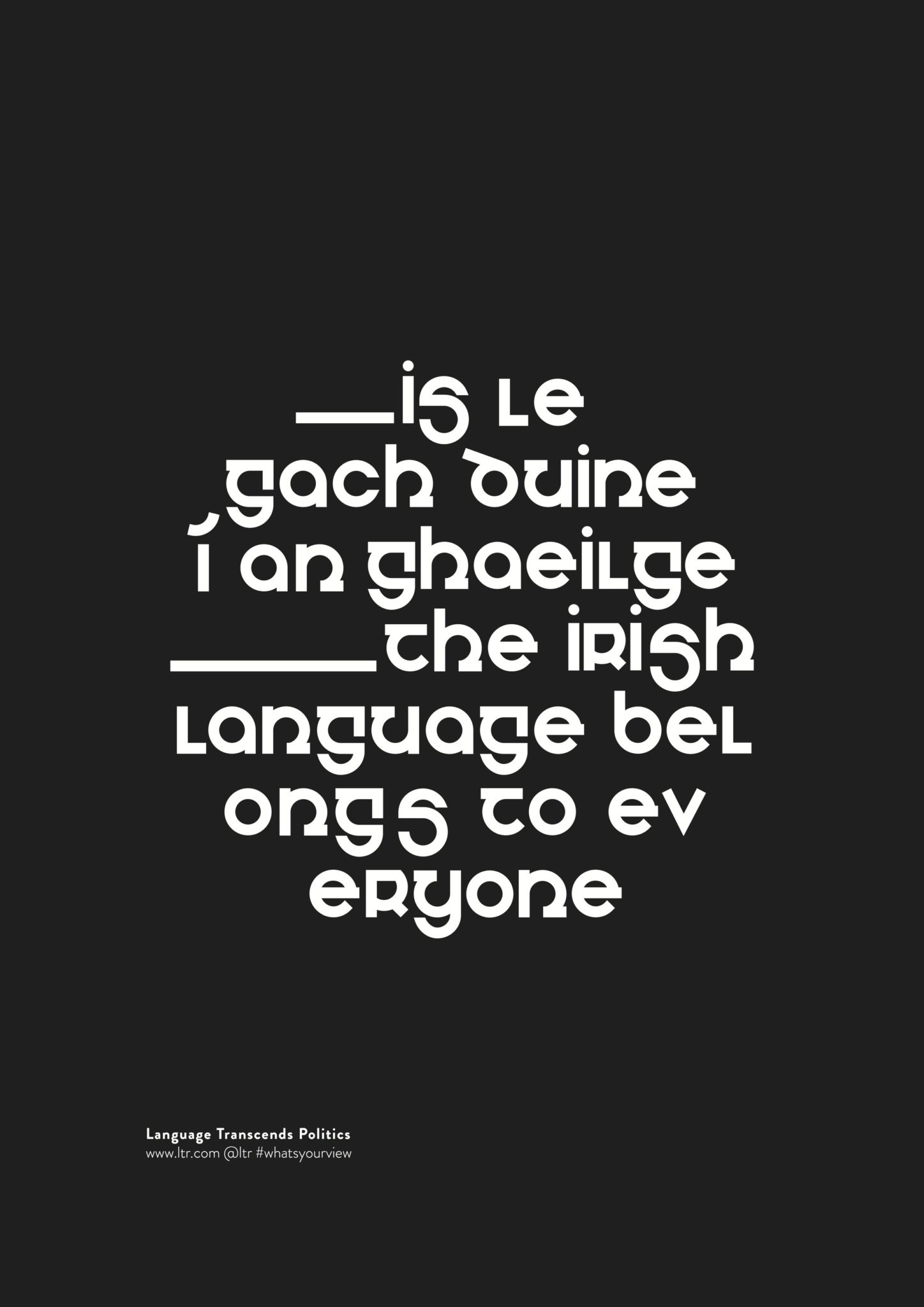 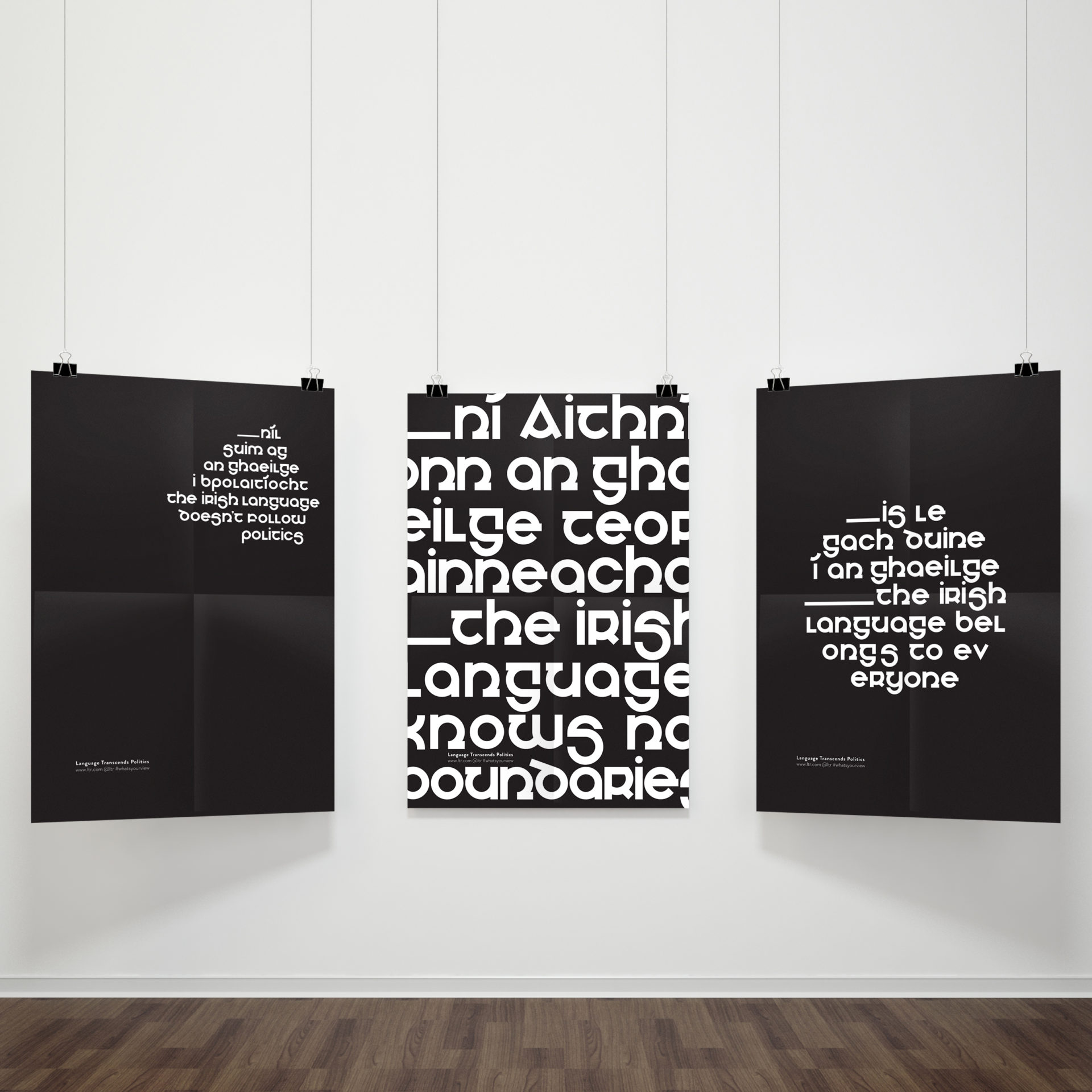 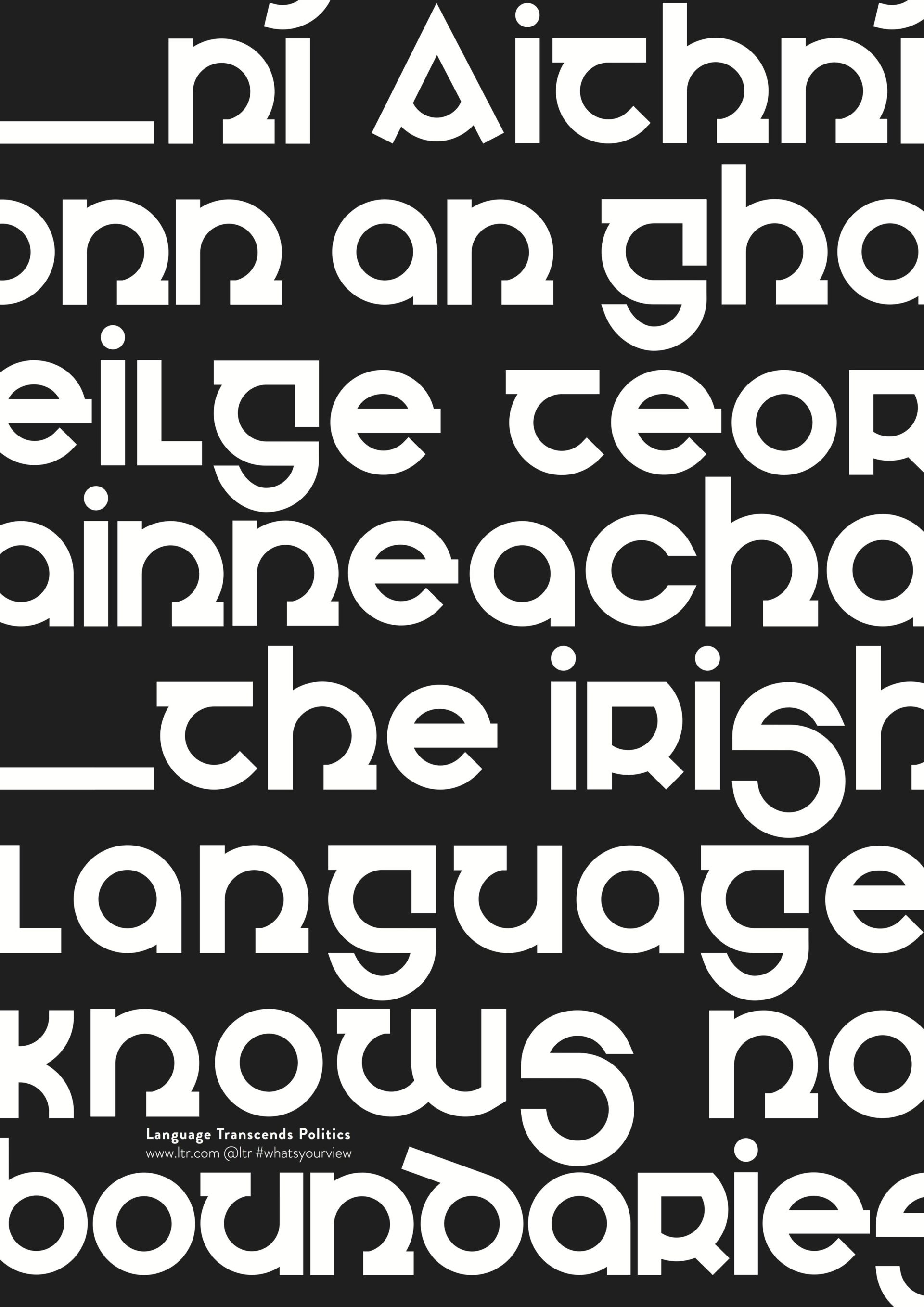 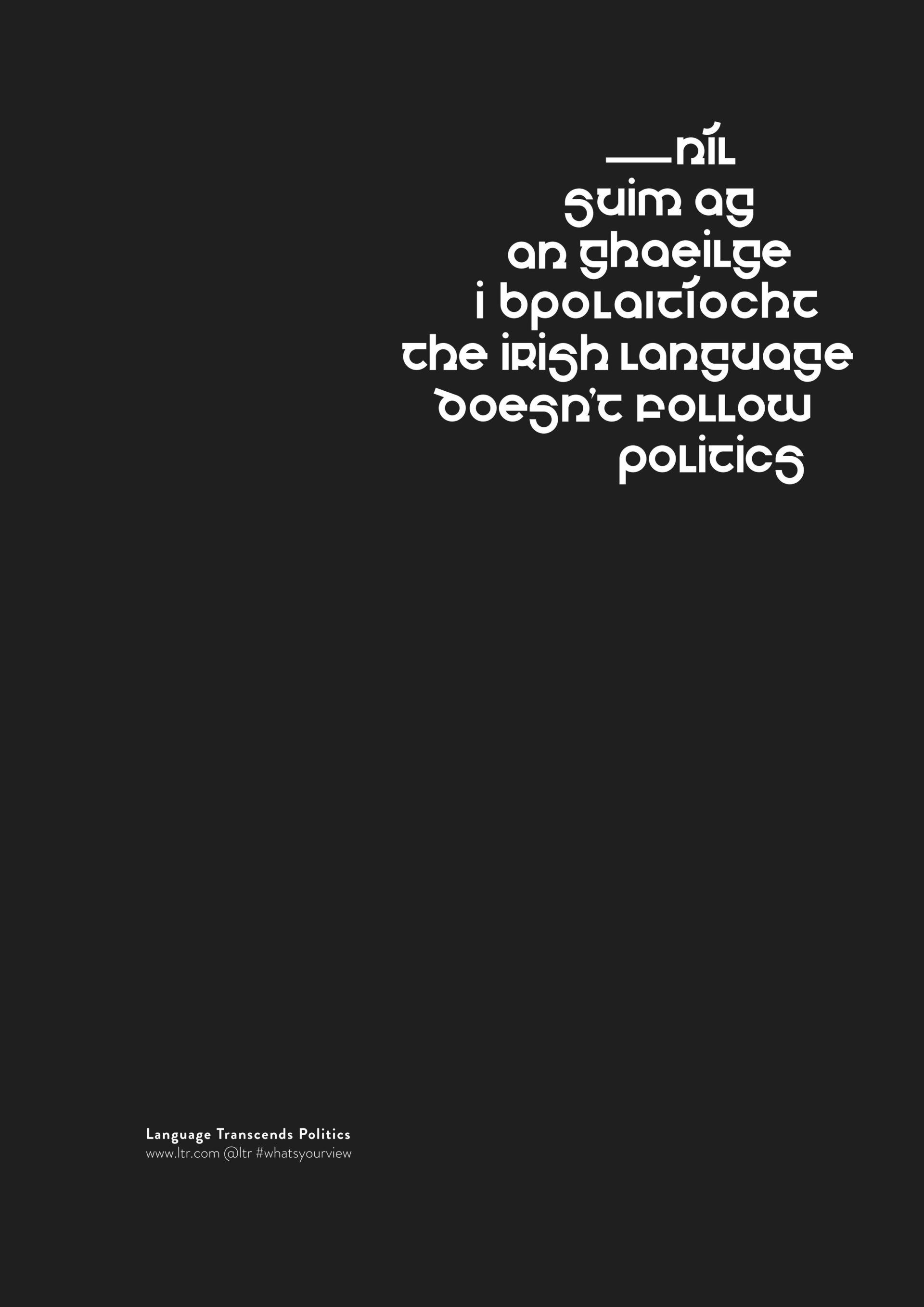 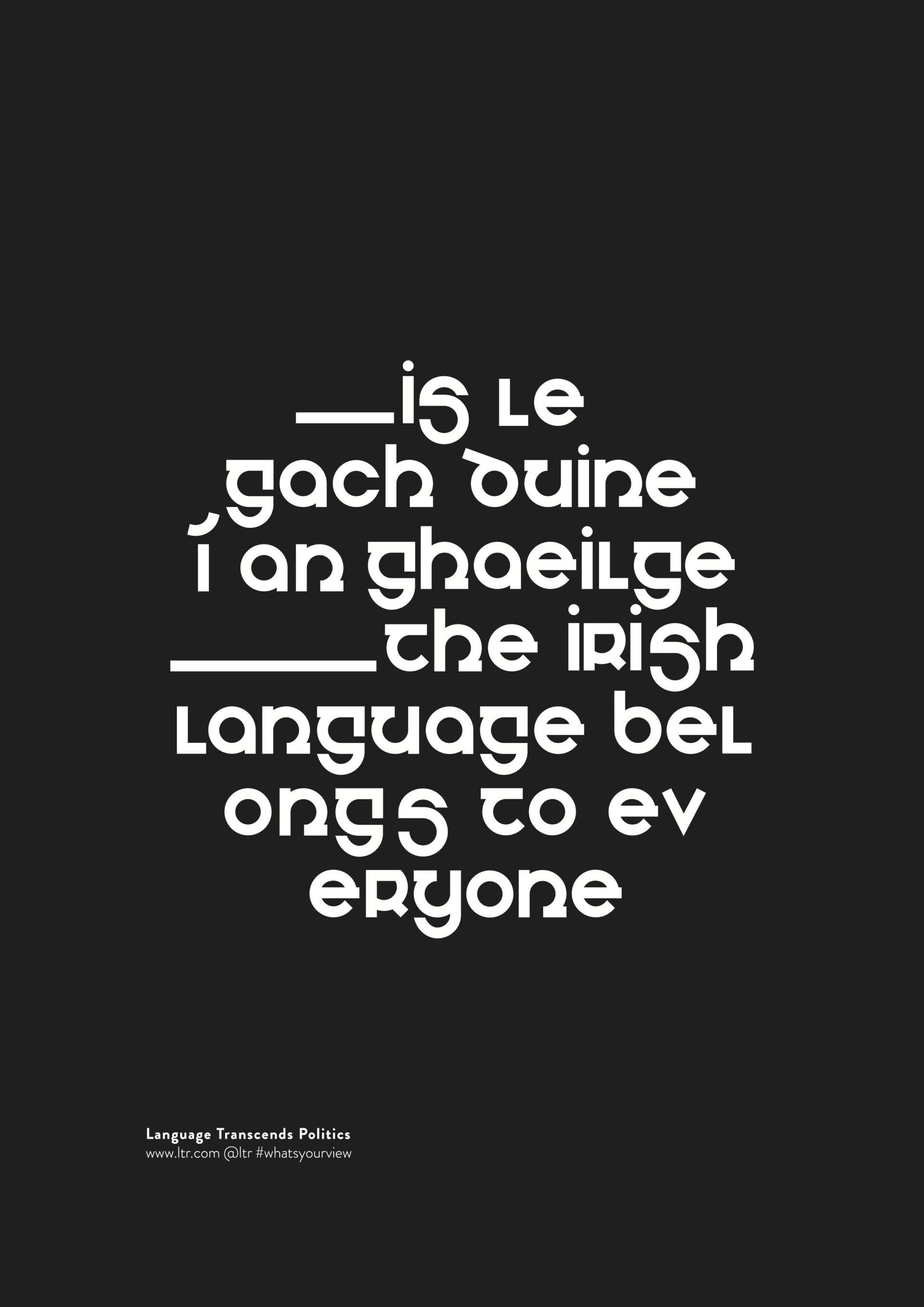 Many thought the recent turbulent and violent past in the north of Ireland was over, however, preparations for Brexit now seem to threaten the restoration of a hard border, hence a symbol of the old divisions. From a neutral viewpoint on the Brexit argument, this poster series intends to identify the benefit the ‘Irish Language Act’ offers for the divided community of the north of Ireland.

The project aims to revitalise the misrepresented Irish language, which is often stigmatised by the perception that all speakers of the language must be republicans.
The Irish language has historically traversed religious and political divisions and should do so again. Language is one of the most important tools for expressing identity and cultural diversity and should never be divisive. Disconnecting the language from politics, modernising it and illustrating its place in today’s society started with the design of a new contemporary Gaeilge typeface. The Irish language needs the status it deserves, in keeping with long-standing European-wide protections for minority languages. Above all it needs a sense of ownership between the two communities so that those who feel it is part of their identity are represented and respected within the north of Ireland.

PreviousWhy did no one teach me how to be an adult?
NextHow do you respond to dated stereotypes?

Would having more confidence be such a good thing?

Is the obsession with the selfie forcing us all to look normal?

What effect does touch and intimacy have on our relationships and connections?

How does the human spirit fare amongst eternal misery?

What is our place in the world?

What if we were all the koalas of Australia?

What face do you want me to wear today?