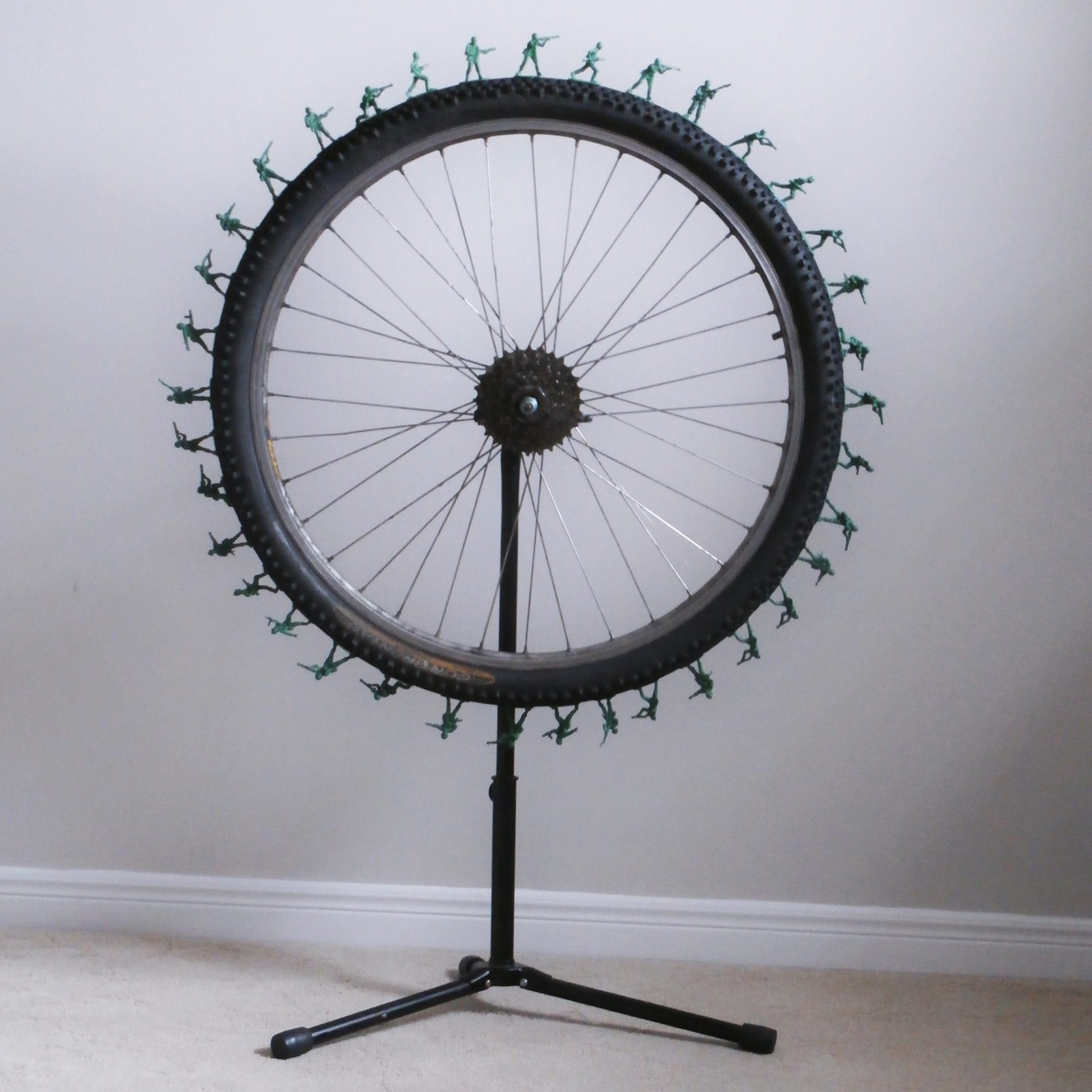 Previous entryWhat colour is oil?
Next entryCould I Have Done More?
June 4, 2019

Who is to Blame for War? 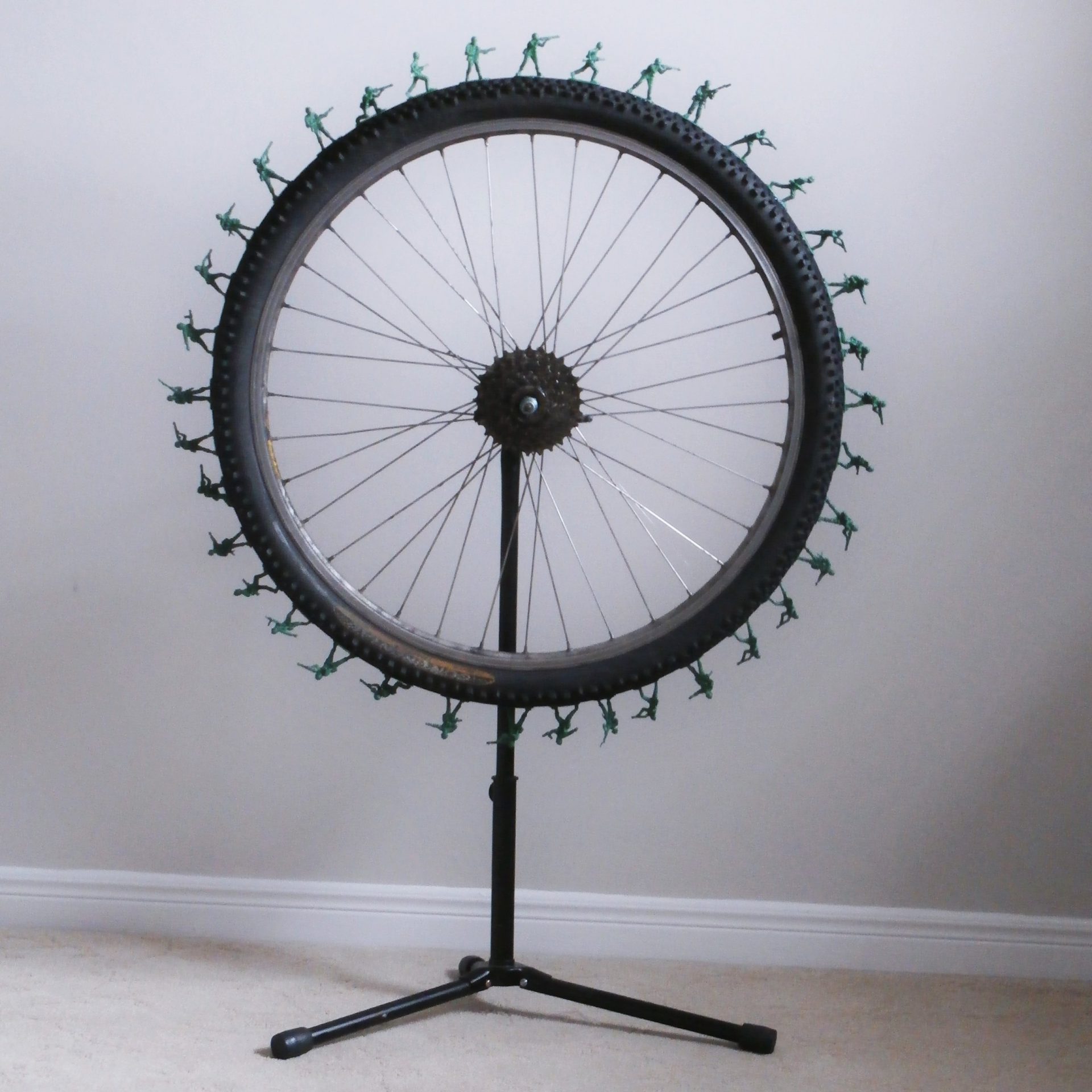 On the surface it appears, that the individuals are to blame for war. They are the ones who fight and they can refuse to fight as well. However, this is not the case. My belief is that although conflict is perpetual, war is not. My sculpture illustrates that people will not fight if not forced (sculpture remains stationary), but when someone spins the wheel it will set in motion the chain of events. People have fought time and time again, no matter how worthy or meaningless a cause is. There was black and white war footage projected behind the sculpture to remind the audience the grim reality of war. The power one person or group has to set in motion a huge epidemic is terrifying to say the least.