Who is the foreigner in this space? 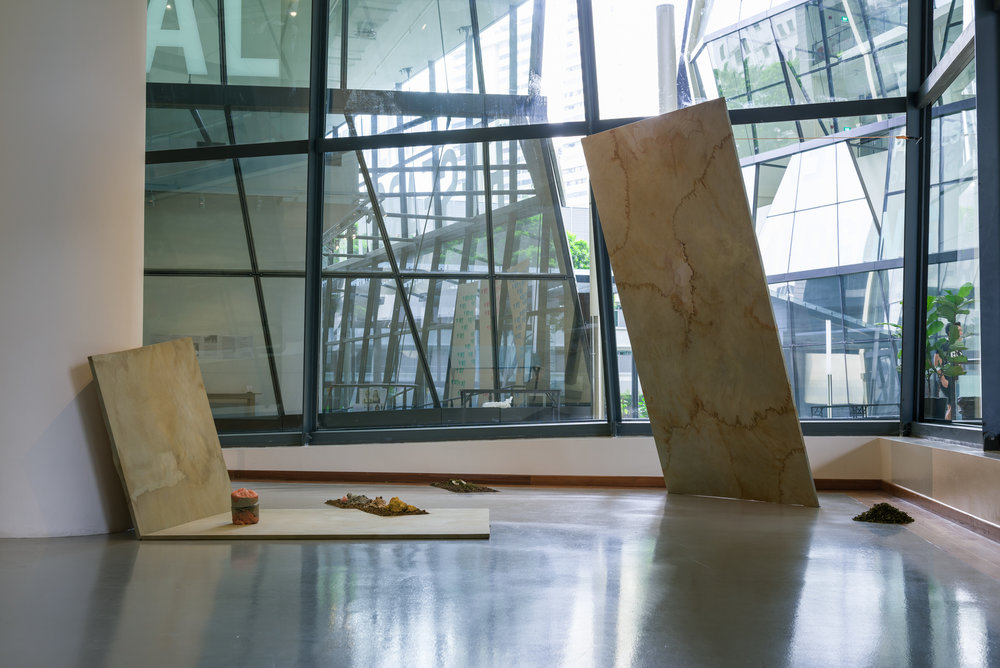 In a world of mass produced consumer products and the overload of information via social media platforms, we developed a disconnected sense of what humanity once was. Our dialogue and the space in which we communicate has transformed. My work aims to explore the liminal space between a viewer and object and the new language that has unfolded.
Trees have hidden systems to communicate, trading valuable information beneath our feet. Earth and its water, rocks and trees have been here for thousands of years, and now, transformed, in the form that is in front of us, in our hands. It seems completely viable that their mute dialogue is still present after they evolve. Amongst these objects, we seem to be the foreigner, out of sync and ungrounded.
(Re) Assembled Impressions, 2018 was made as a response to this notion. While at a residency in ICA Singapore I responded to the nature and architecture, respecting my role as the foreigner. After building a body of work, I then demolished it and reduced it to their remains, presenting us with a sense of their history. And the possibility for the audience to unfold a new language, of which we’re all foreign too.

PreviousWhy should I hide it?
NextWhy must we define ourselves when we’re so young?