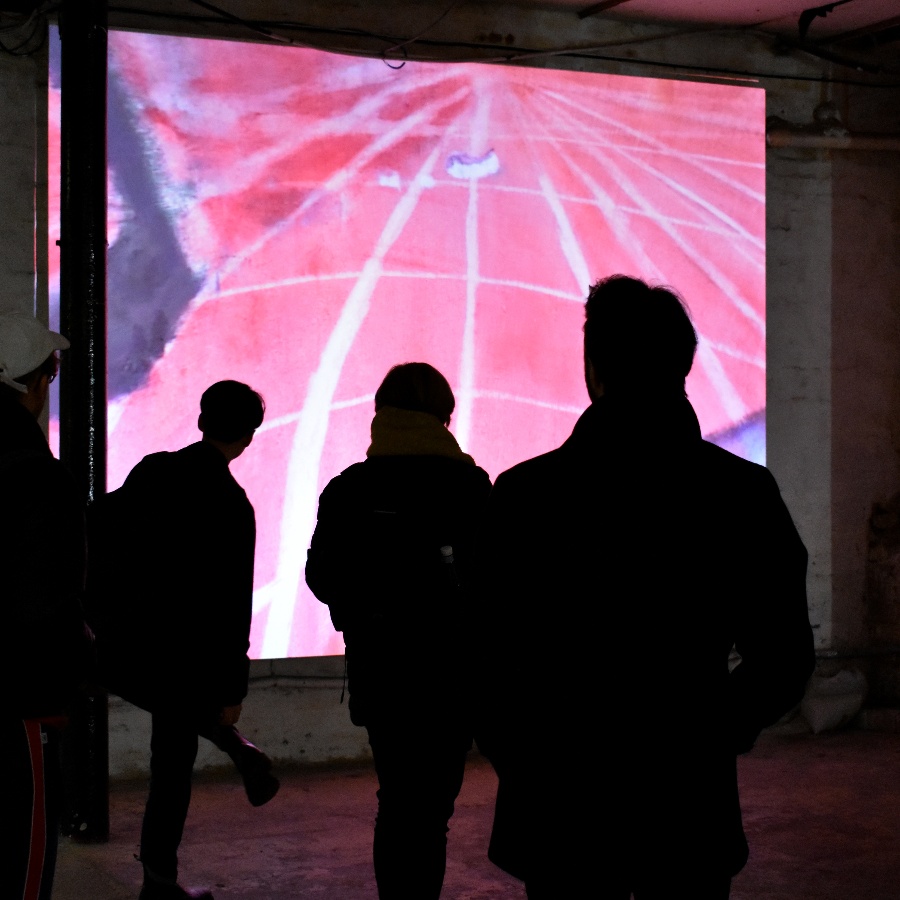 Play video
Where is the body in virtual reality?
Previous entryWhat do you contribute back to society?
Next entryCan love exist between two disembodied souls?
December 19, 2019

Where is the body in virtual reality?

Perhaps the digital hates the corporeal body. It is multifarious and, despite our best efforts, uncontrollable: it is the antithesis to the indexless surface of the digital screen and the informatic theories that are embedded within it, such as the minimisation of noise over signal. I want to rectify what I see as a lack of ‘body’ in virtual reality and digital media through painterly gesture, which is analogous to the body. I upset the subject-object ontology of mastery and control that is attached to virtual reality technologies and to the idea of the hand-held ‘controller’; to this end the polystyrene egg, which had a motion sensor which controlled where the participants could see in the 360 degree animation, was made deliberately hard to control. This encourages an embodied experience as participants have to negotiate with the technology rather than dominate it. The removal of the body in contemporary culture manifests itself in the primacy of abstract information over the human body; the popular mechanistic view of ourselves as informational code (DNA), the use of VR technologies in drone warfare and vice versa , and the ubiquity of self-checkout systems. However, new media art can challenge this and reassert corporeality.

angusmacdonald3
Share
Read More
Next entryCan love exist between two disembodied souls?
Previous entryWhat do you contribute back to society?