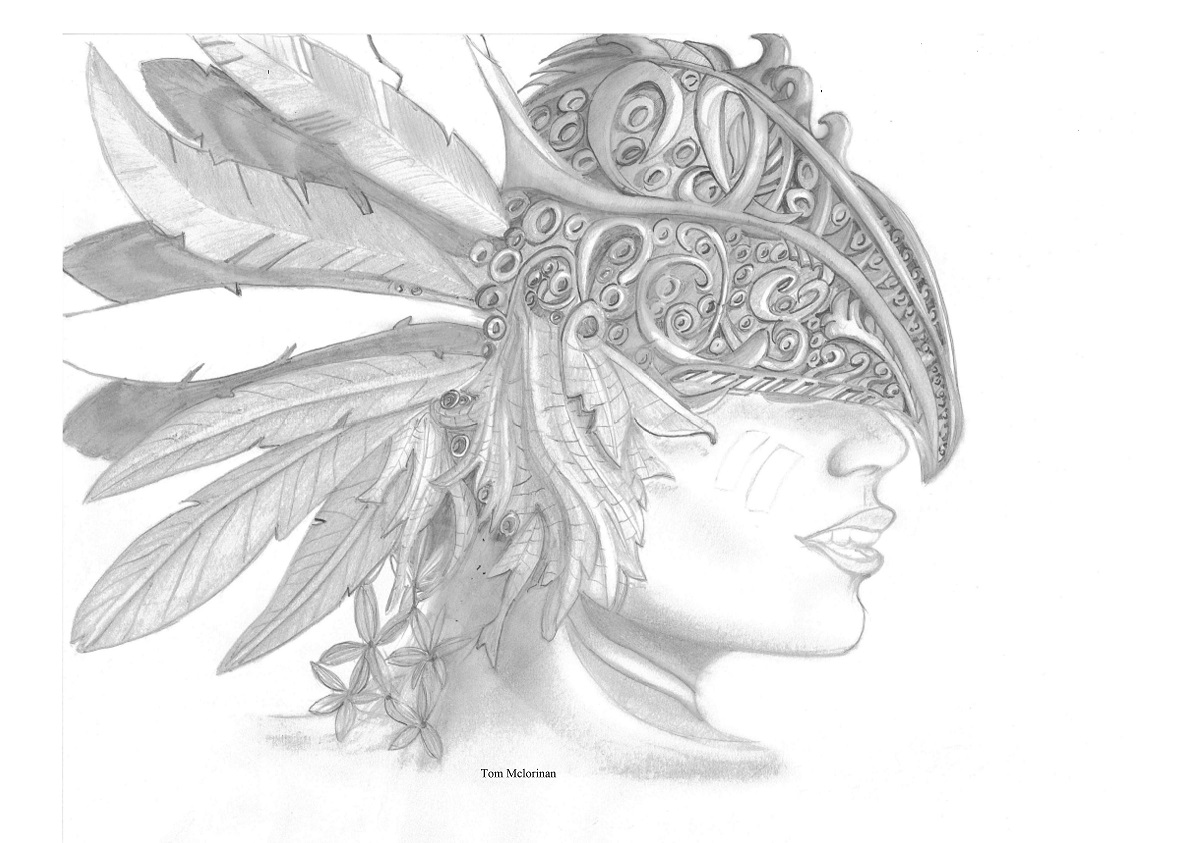 Previous entry‘How Restricted Are We?
Next entry‘What Or Who Does It Take To Create And Unite The Masses To A Common Cause?’
May 7, 2021

‘When Will Society Accept The Differences In Each Other And Learn To Celebrate Personal Identity?

Graphite PencilThe Hat And Identity, 2021A3

The identity of this character is based on how the subject appears while wearing the hat. The intention is that this image conveys independence and strength of character. A warrior persona is also implied with the form of the metallic detailing which contrasts with the feathers and leaves to give an equally earthy feel to the character. However, does this character believe without the head gear that they are a strong individual to face the future? The hat gives great value to the character from which the subject appears to exude perhaps a borrowed confidence. The wearing of the hat actually masks the appearance to the world and disguises how the character thinks about them self. A lack of confidence and the feeling of anxiety prevents the character from engaging with society without the hat. Humanity should view this character with compassion, empathy and be accepting of individualism. We would like to think that what is depicted in this image is the true self of the character for all our futures.

Share
Read More
Next entry‘What Or Who Does It Take To Create And Unite The Masses To A Common Cause?’
Previous entry‘How Restricted Are We?