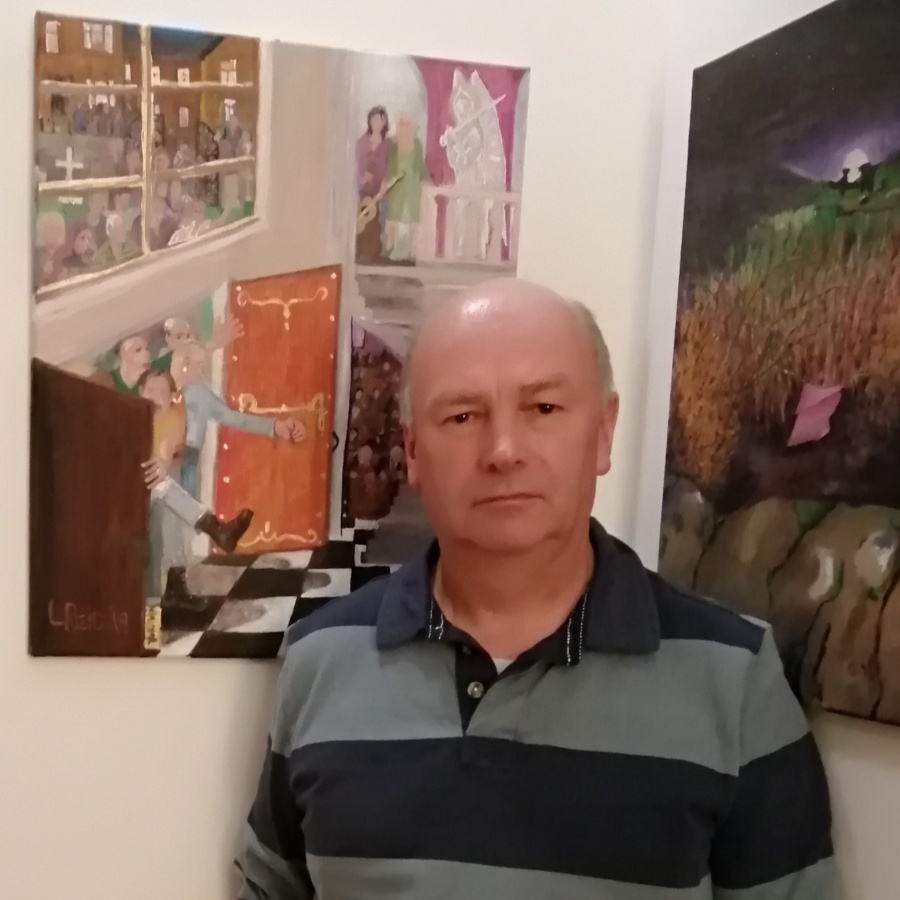 Previous entryCan we really escape?
Next entryMental health: Am I trapped or finally breaking free?
October 31, 2020

When, where and why might the violent men enter in again? 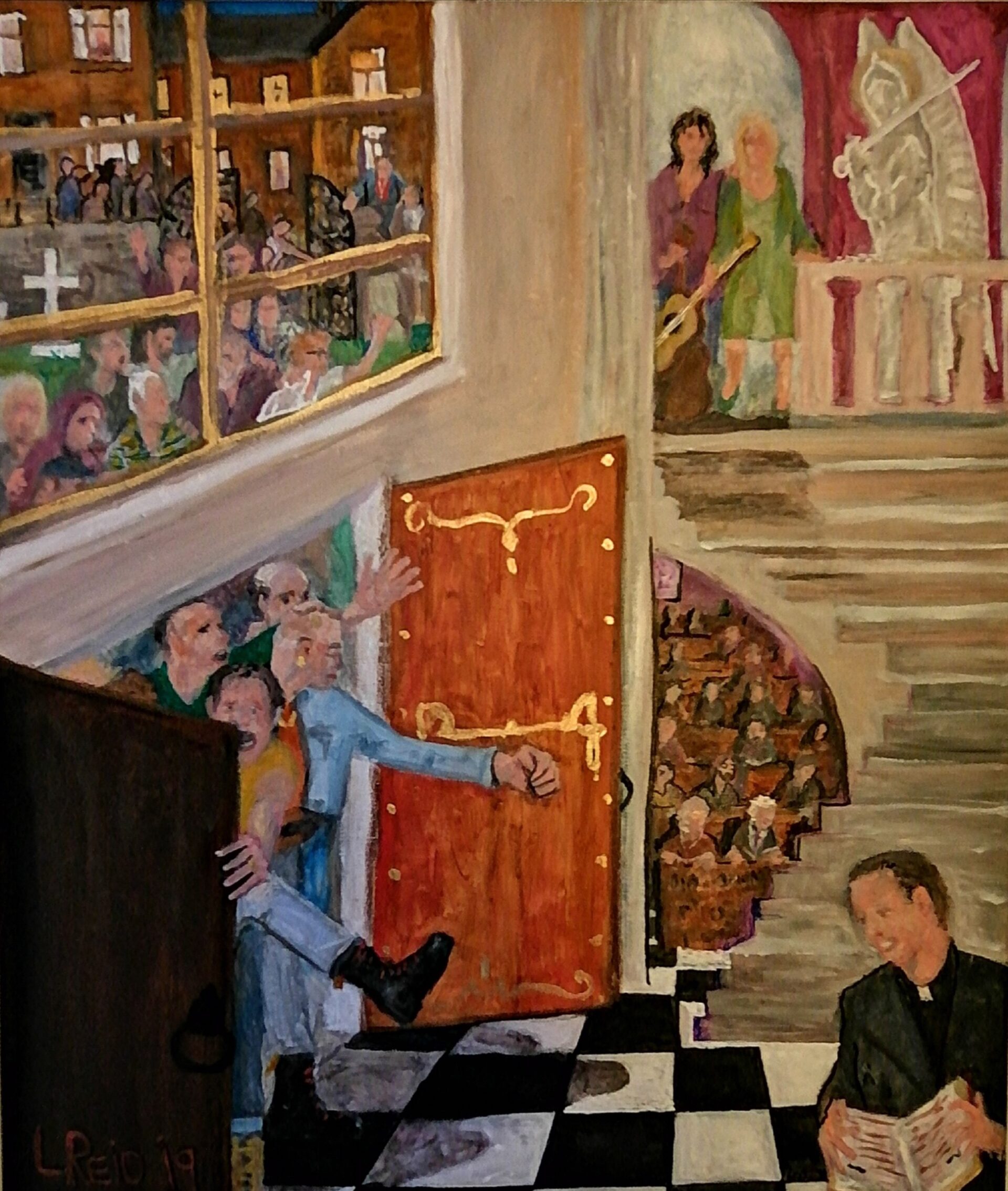 In my youth in the west of Scotland most people were ‘religious’, falling into one tribe or the other. Society is now almost entirely secular, the Christian church increasingly irrelevant, its buildings empty. Mainstream representation is stereotypical; the world loves Billy Connolly, the church offers Cliff Richard. Barriers exist along cultural, economic and class lines, characterized by sectarianism, denominationalism, intellectualism and judgementalism, such that most find a valid reason for exclusion from the community ironically established by Jesus dismantling religion, tearing curtains of separation and removing all and any propriety or pre-qualification, that all might enter in to a church founded on and by such individuals. My painting portrays men entering a church. The key to the scene was depicting both inside and outside the building simultaneously. A rabble kicks open closed doors to cross black and white ground, greyed be their presence. They are witnessed by two female worship leaders, once raised up, then upon admission of their lesbianism, shunned. A surprised cleric’s bible is open at the verse describing their entry. An angel stands with sword drawn, neither for the so called people of God nor in opposition to their perceived adversaries.