When under pressure will precious things break? 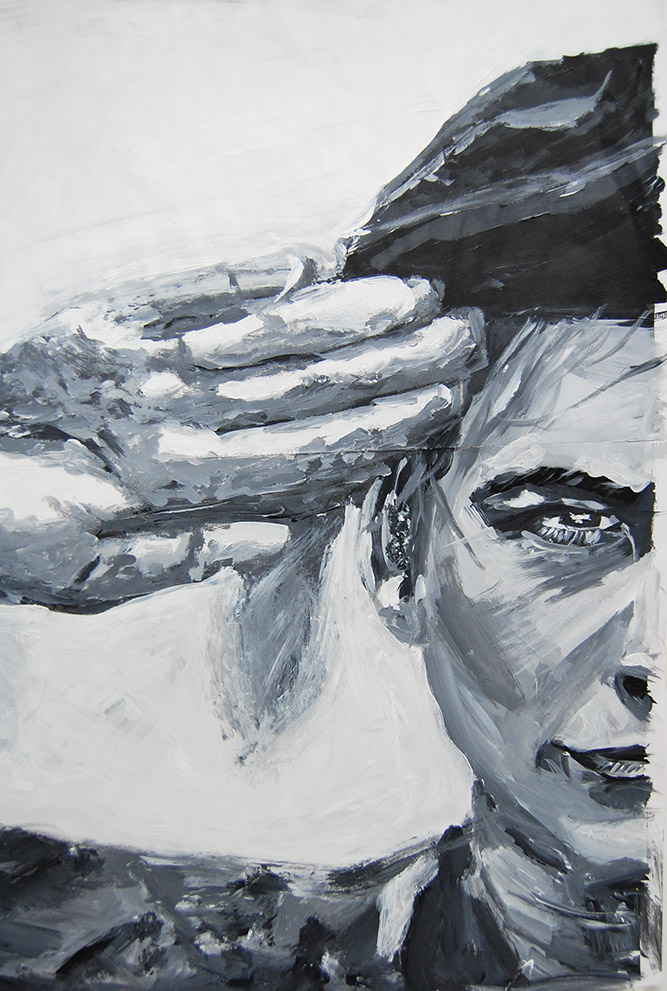 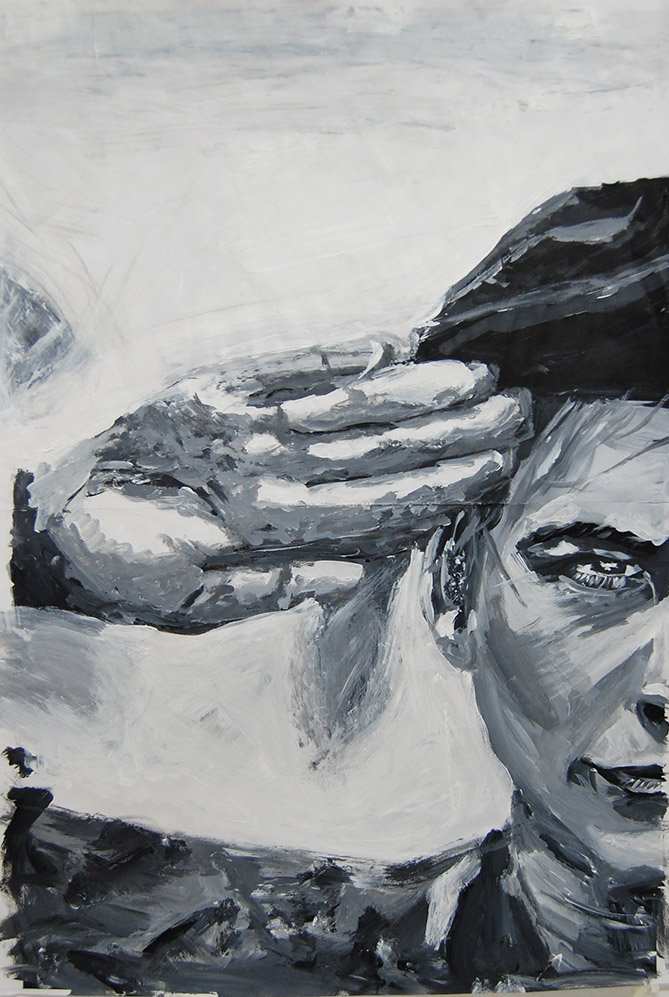 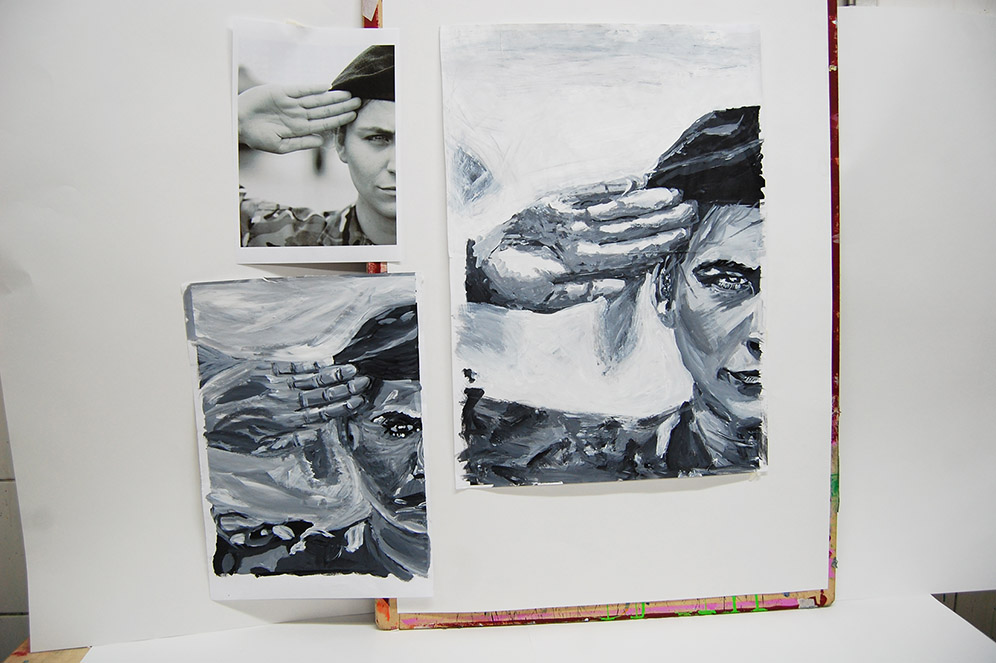 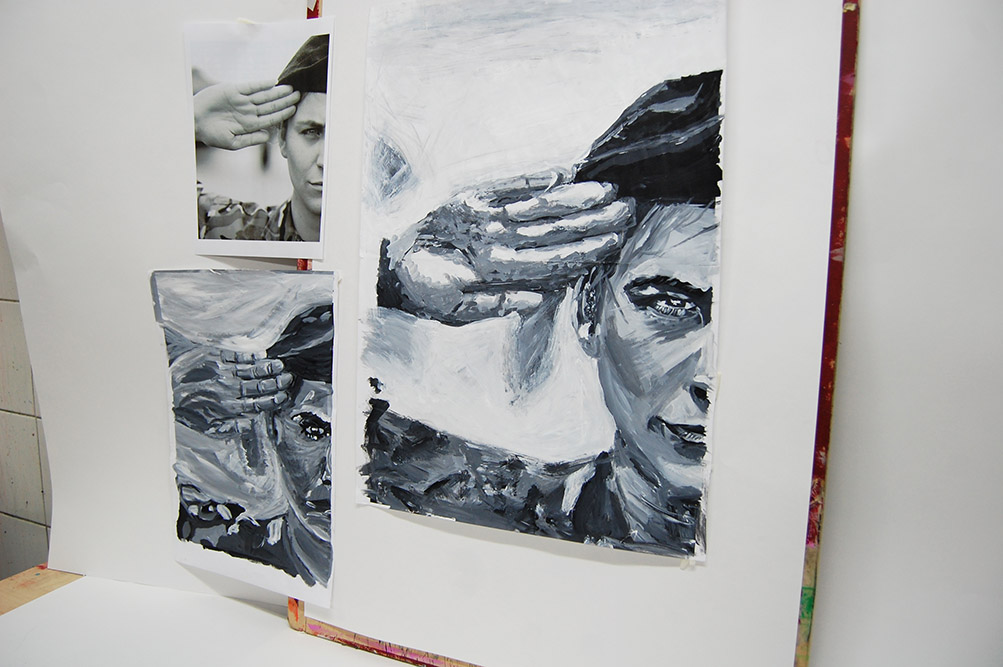 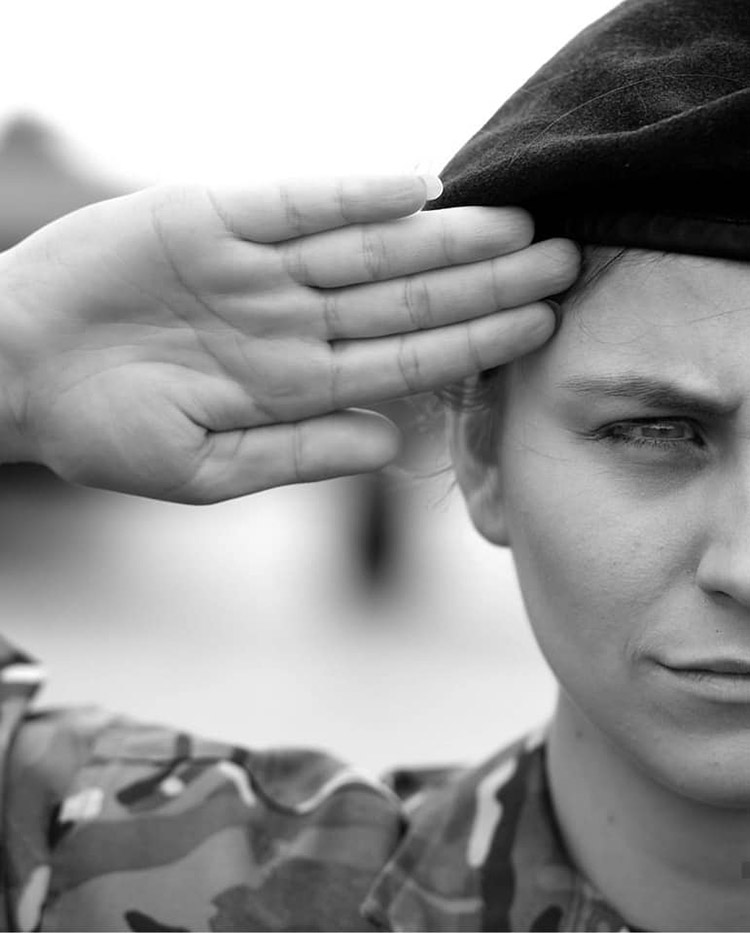 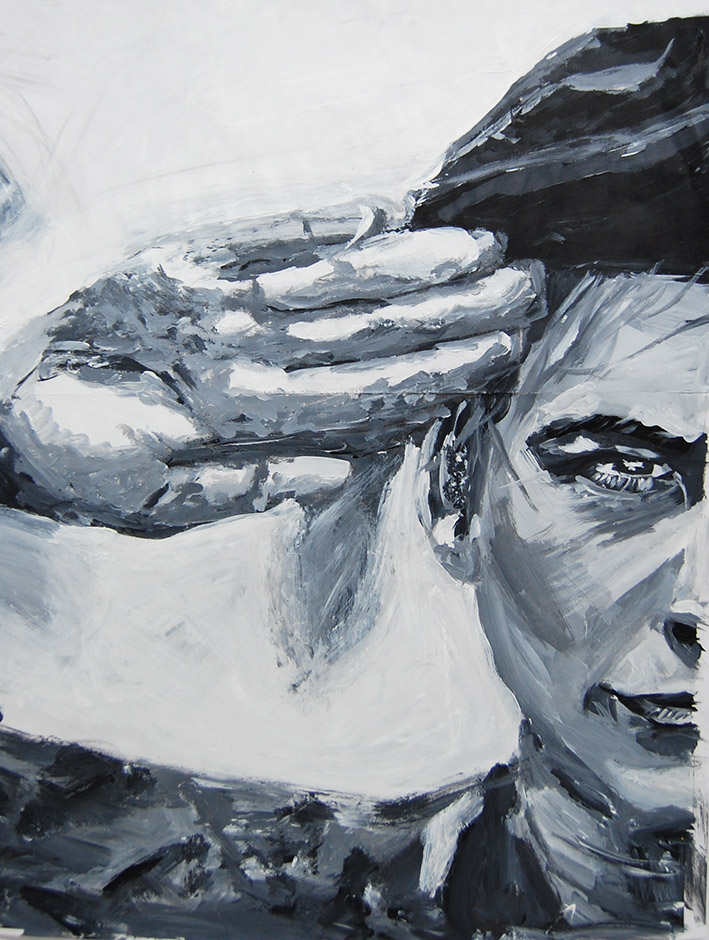 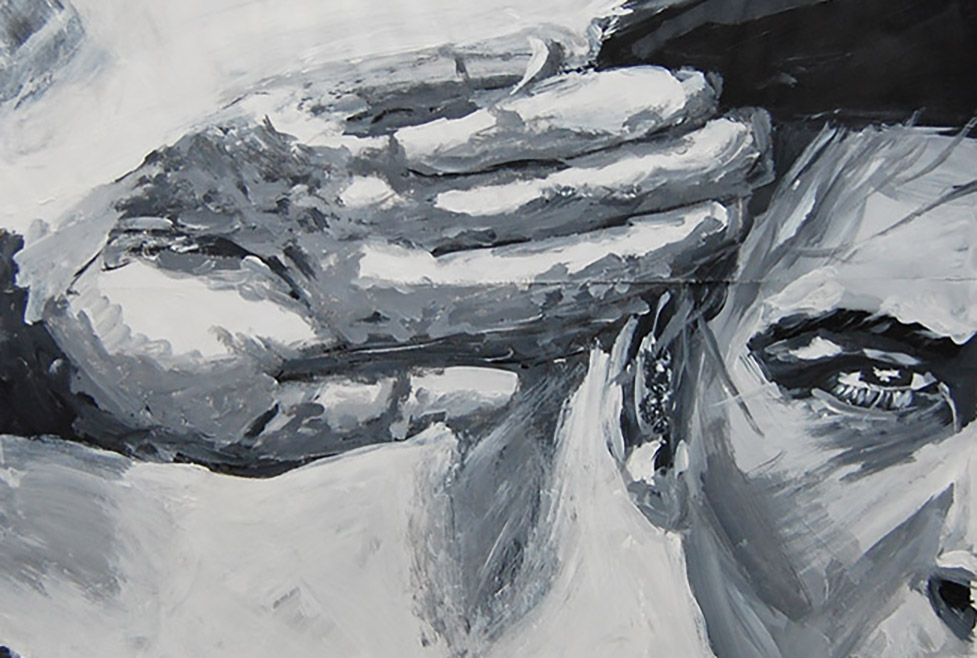 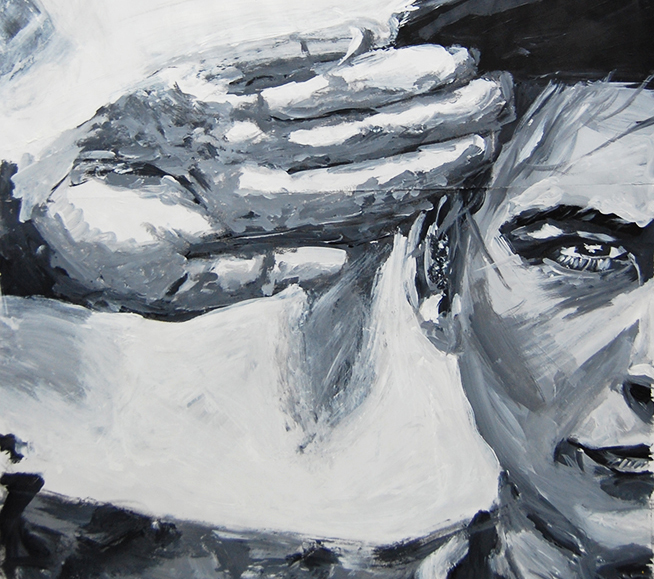 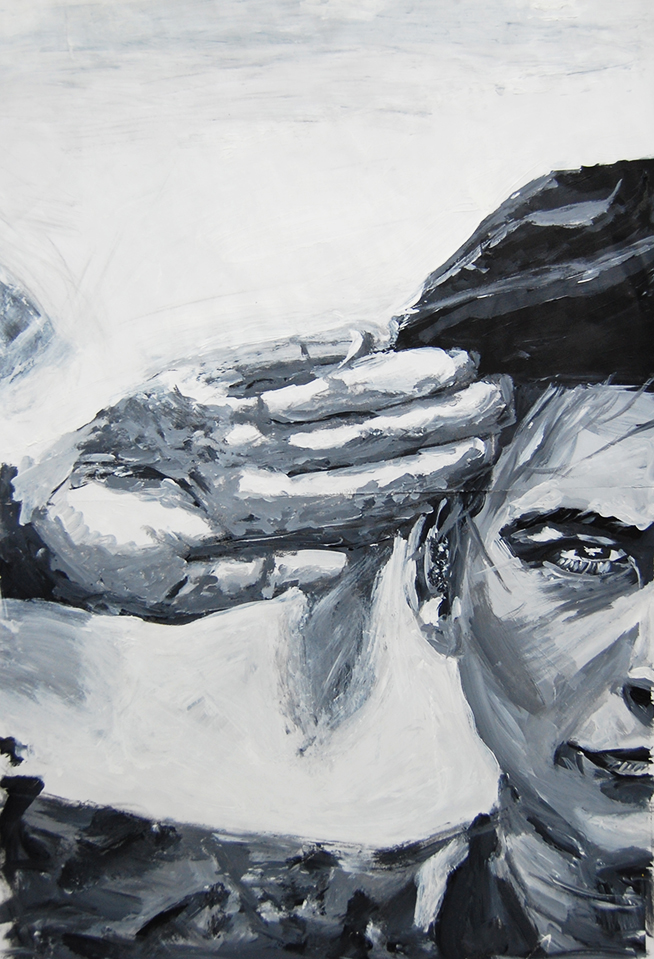 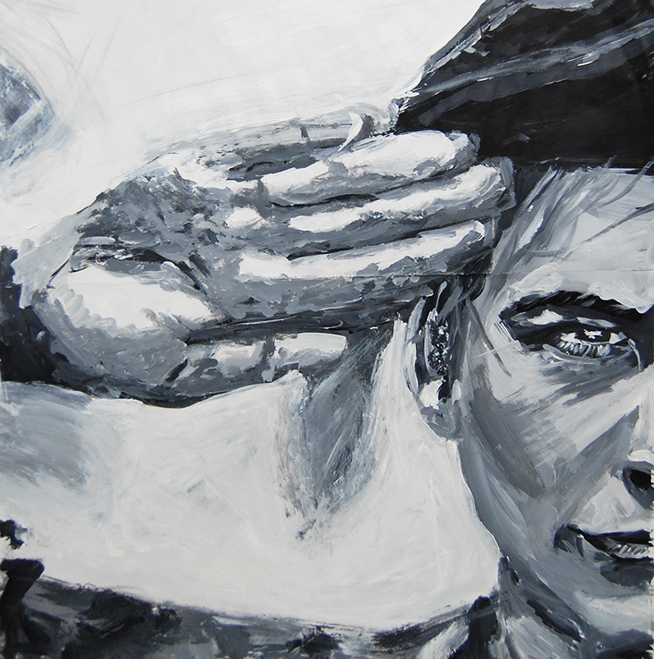 As an actor I have always believed my job is to tell stories- stories of those who cannot tell them themselves. This is why Joanna’s story, will always live inside me. I was welcomed as a performer in 2012 into the alien world of the armed forces for the first ‘Army at the Fringe’. To research, to be part of the community in order to share their struggles and triumphs on stage, to go on a journey on and off stage that would make me question every one of my morals and human connections. I have painted the piece in black and white to demonstrate the darkness of Joanna’s journey through the play in which she lives, her traumatic loses, pulling on traumas from before and her ability to fight for what she believes in within a community she now calls family. Every human’s story deserves to be told, so why do those with PTSD and the armed forces; with an extremely high rate of armed forces being from working class & vulnerable backgrounds seem so excluded from our civilian life? How can we listen, and help the people behind the uniform, their mental health and those who surround them?

When under pressure will precious things break?, 2019Acrylic on paperheight-59mm width-42mm
jasminemainart
PreviousWhen does it stop hurting?
NextWill there be any wildlife left in 20 years or will we be showing children pictures of animals that used to exist in the wild?