What would Scottish art and craft be like…..if the Picts had won? 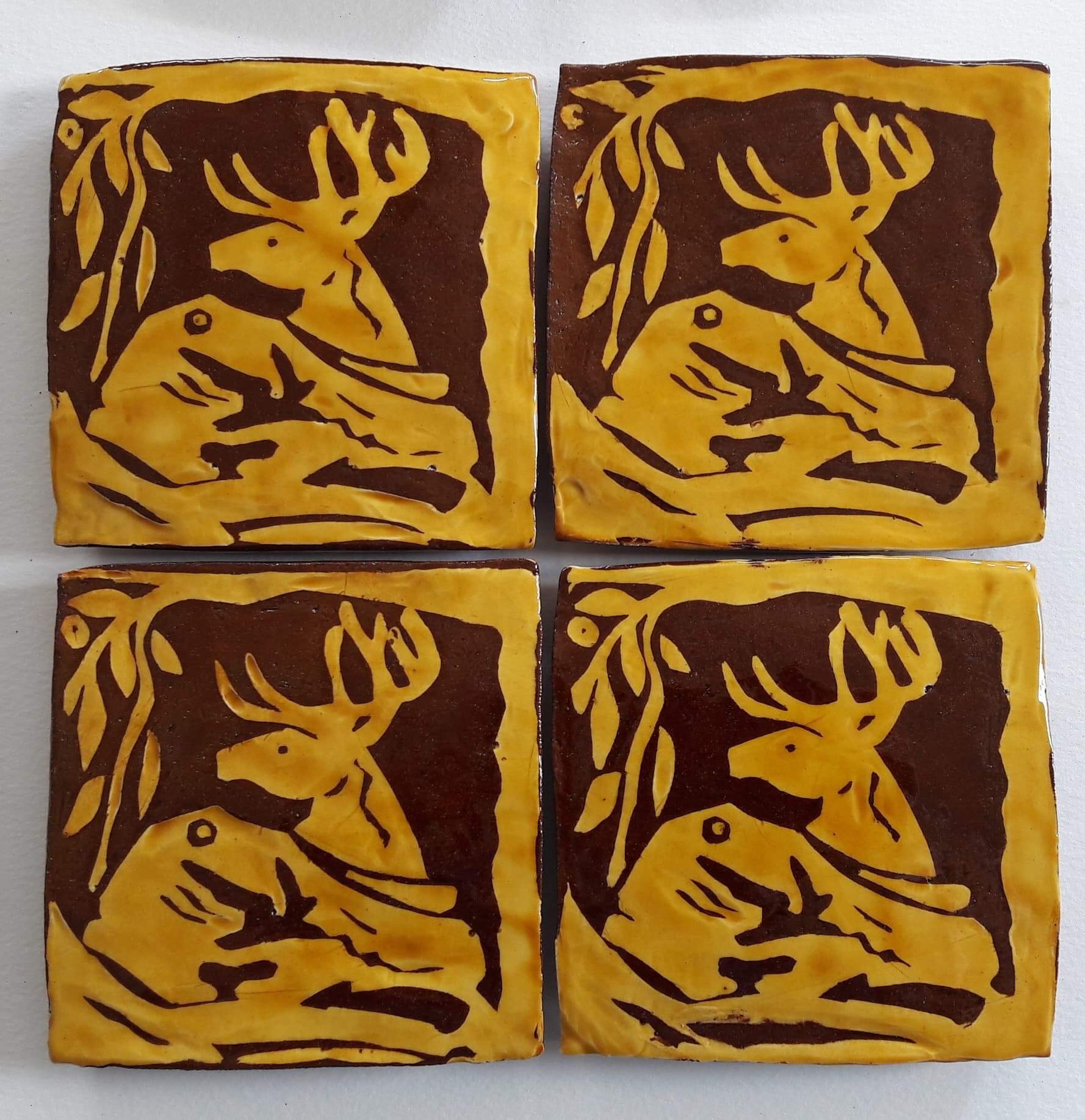 Pictish art and design is one of our few windows into their society. Written works do not survive, and the people disappear from the record. But if the Picts had prevailed, what might medieval arts and crafts show in terms of influence from this people? Would Medieval churches be missing the fleur de lis or the rampant lion, and instead show crescents and combs, bulls and sea creatures? My message is about the visual roads not taken, the effect on artistic development, of events which are military or political, and which change the whole direction of travel. I wanted to produce slipware floor tiles which combined traditional medieval techniques and materials with the Pictish monumental art which had preceded it but faded too fast to be incorporated. The design is my own, but is a modern interpretation of an original Pictish stag carving. As the last ethnic group to disappear in Scotland, I wanted to revive the spirit of their energy and inspiration, to make usable craft that brings them back to the fore. To say, we are here, in your home. We never left it. See it, see us.

What if the Picts had won?, 2019Slipware pottery4 inch square
PreviousIn hindsight, is today a great day ?
NextWhy am I watching you when you are not watching me?