What will third wave feminism bring to women of our generation? 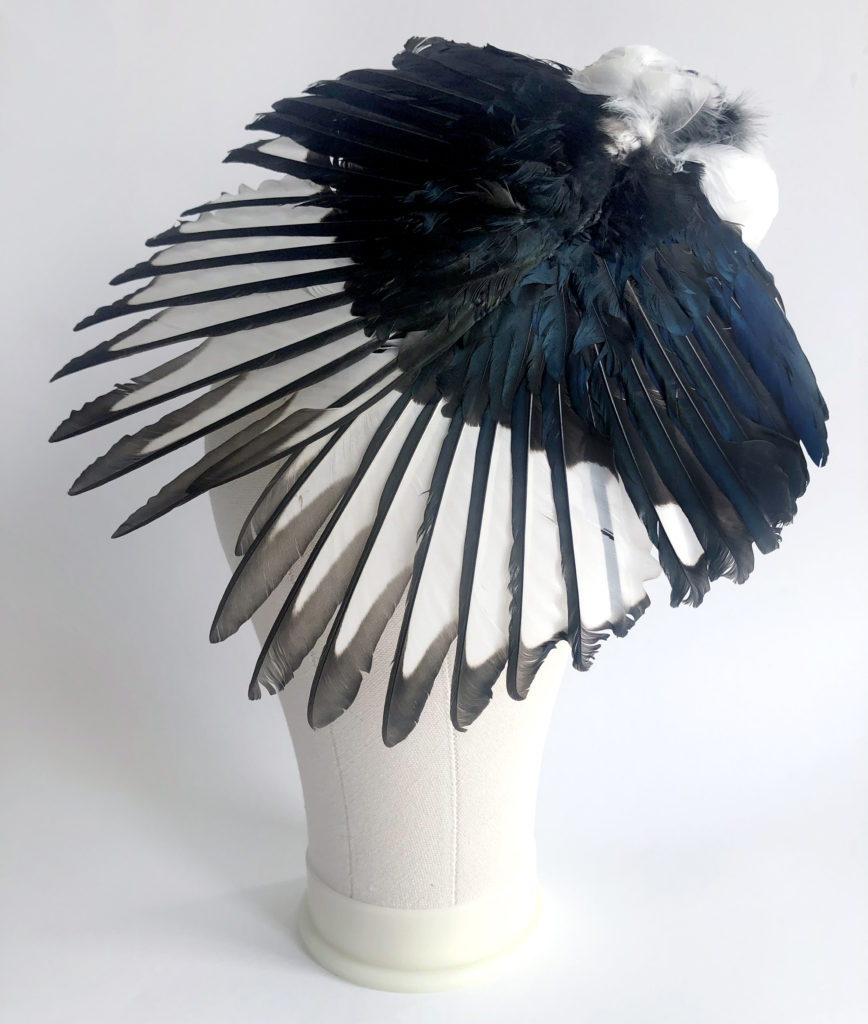 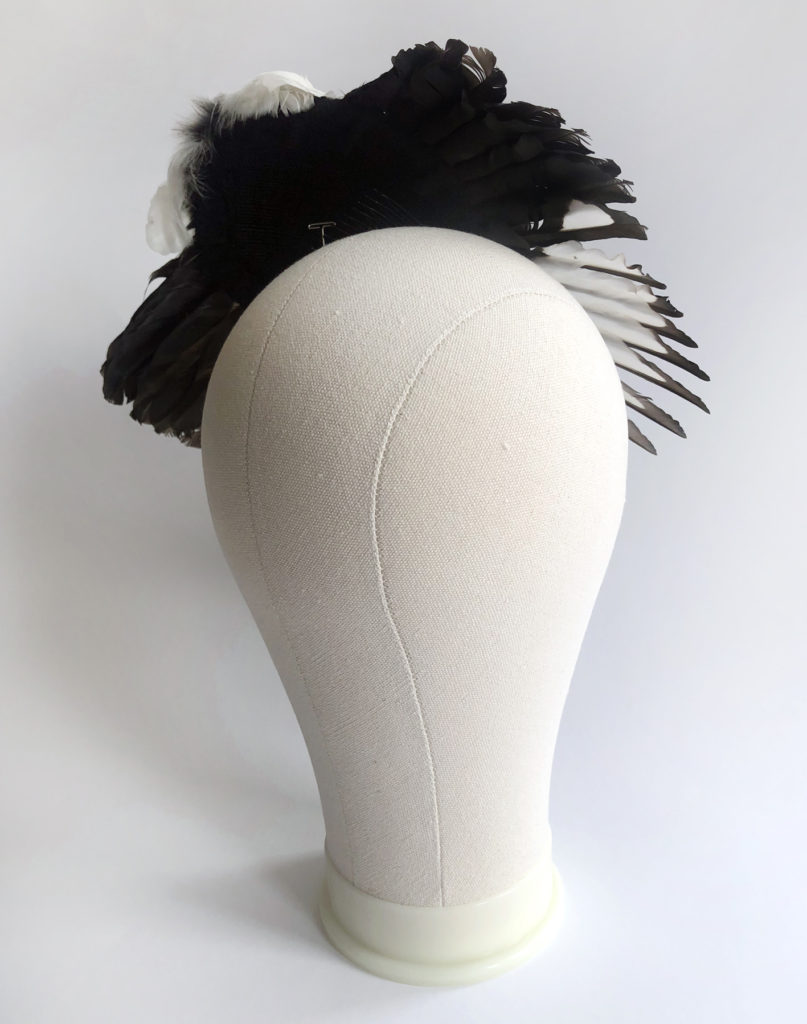 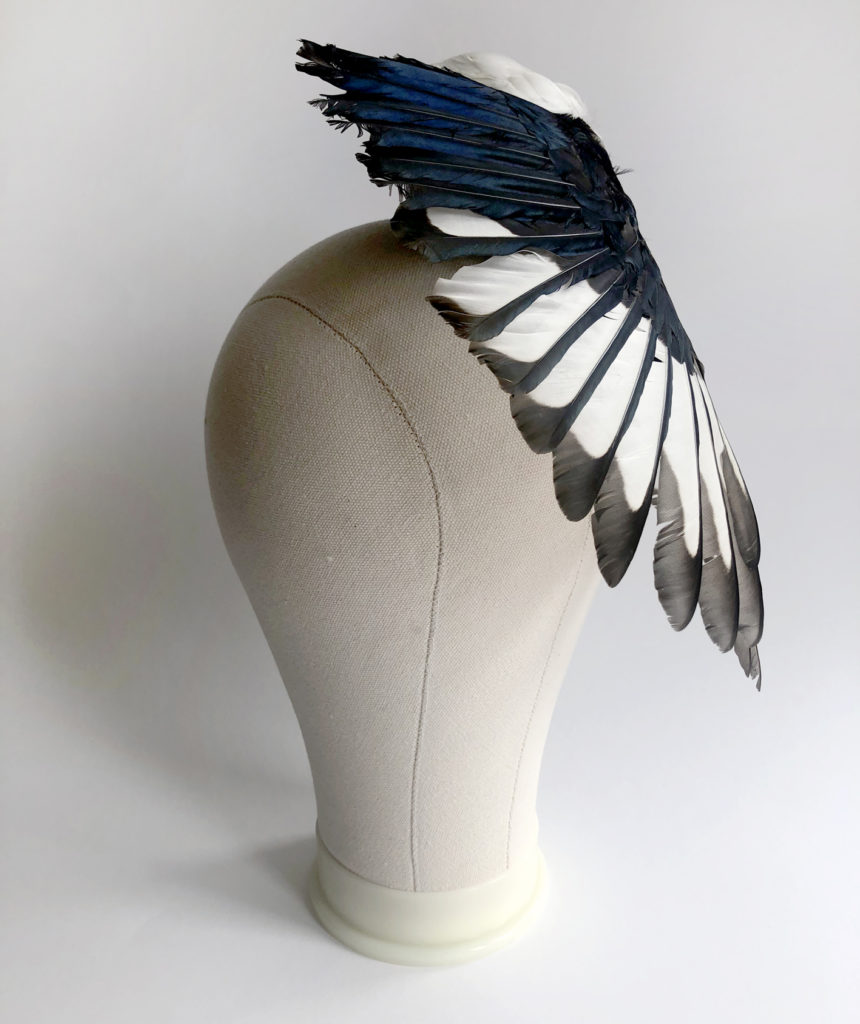 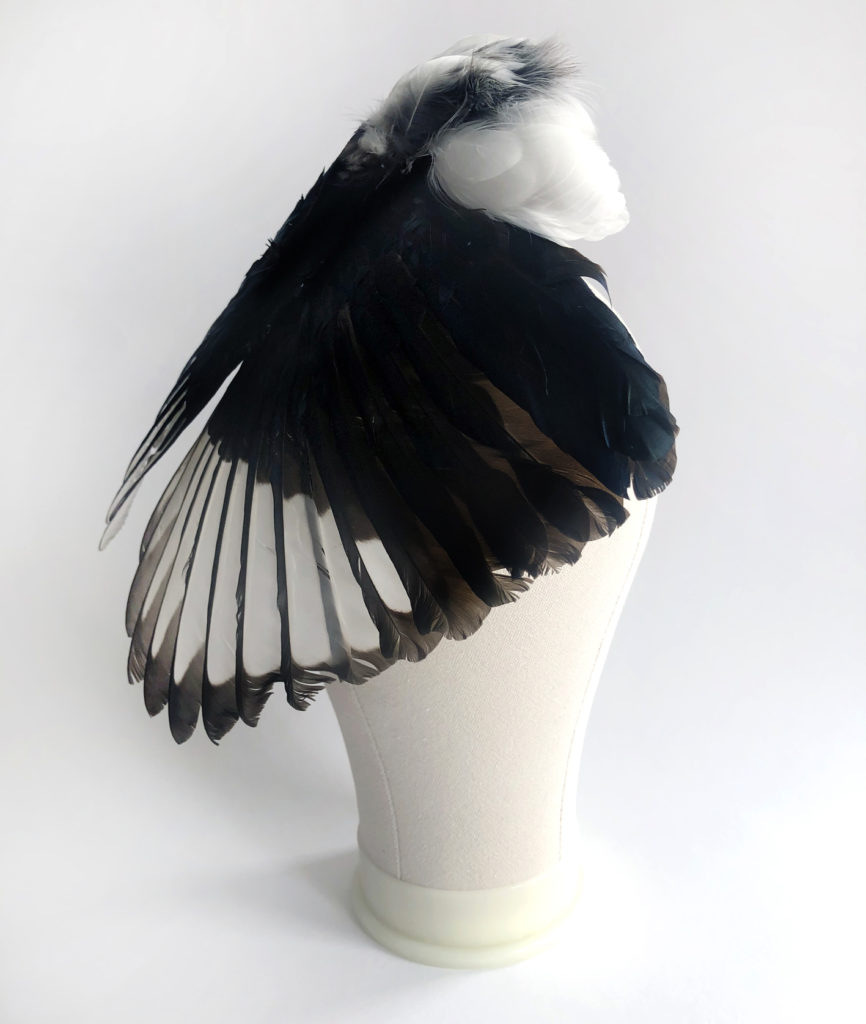 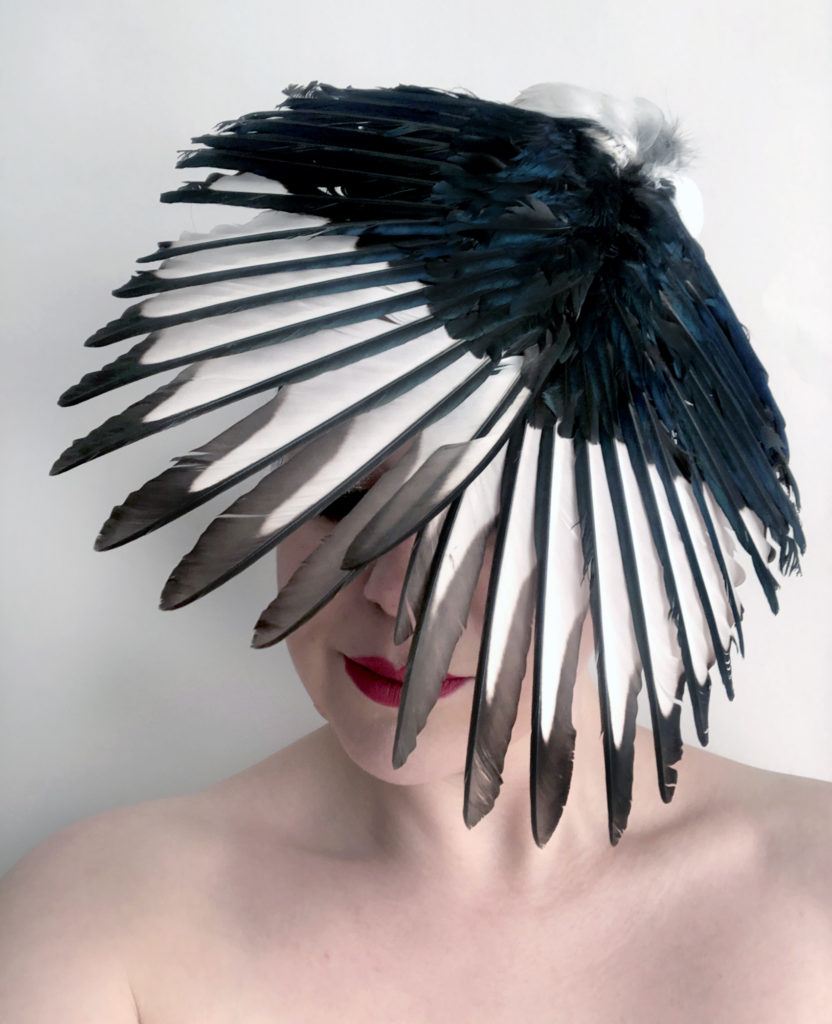 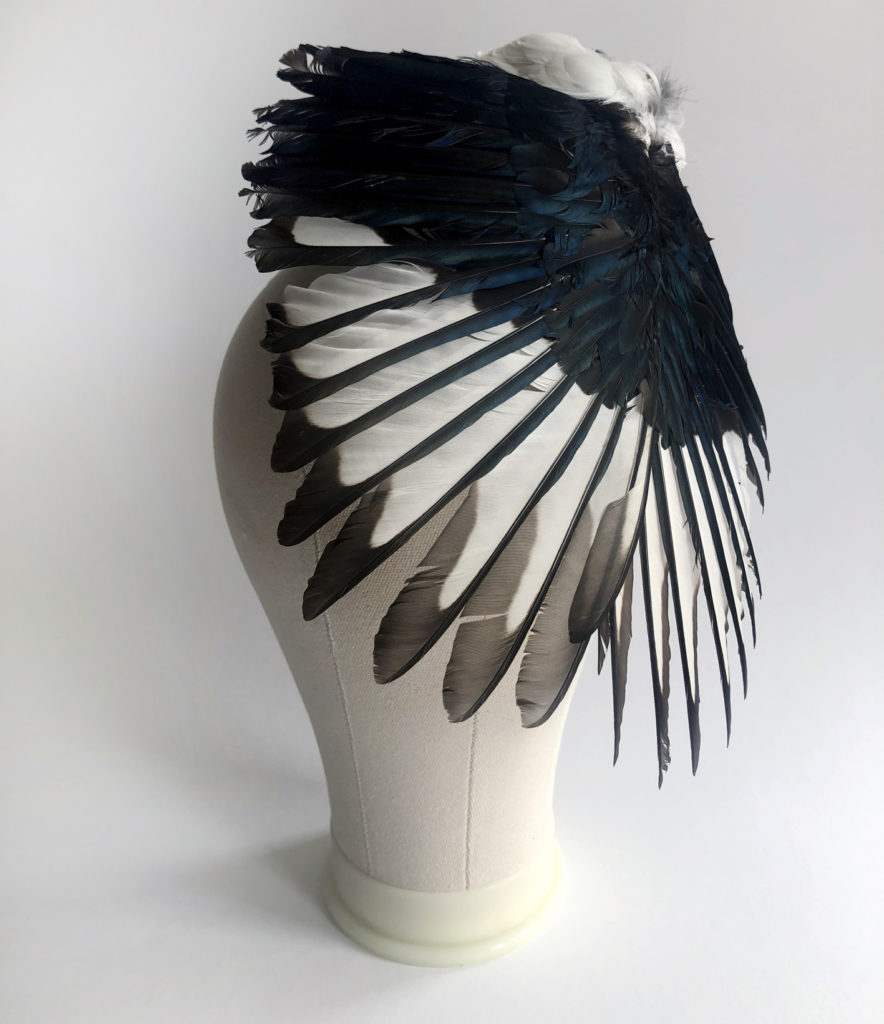 I have chosen to use the magpie, as it’s one of closest birds to humans, as the central aspect of my piece. Magpies have an episodic memory, possess the ability of self-visualisation and can imitate the human voice. They can use tools and cut their food. In folklore they are portrayed as too clever for their own good, materialistic and greedy, negative qualities also traditionally associated with women in European culture. Hats have been used to indicate gender, social status and to enhance attractiveness. Over time they became more experimental, valuable and fashionable; Rose Bertin worked with Marie Antoinette on headdresses, most famously the ship in full sail. During rationing in WW2, women boosted their morale by defiantly wearing outlandish structures on their heads made from scraps. Traditionally, women have played an important role in the arts and crafts movement, but gender often determined the division of labour. Many women now work to revive handcraft traditions, as they are part of a shared heritage. I am interested in critiquing how third wave feminists have recalibrated traditions and roles to fit modern society by empowering the very domesticities the second wave feminists rejected through mediums traditionally associated with women and femininity.

One For Sorrow,
missvickyviola
PreviousCan an overbearing mother stop your sense of freedom?
NextDo We Really Second Guess Ourselves When It Comes To Our Waste?