What will it take for all members of society to feel empowered? 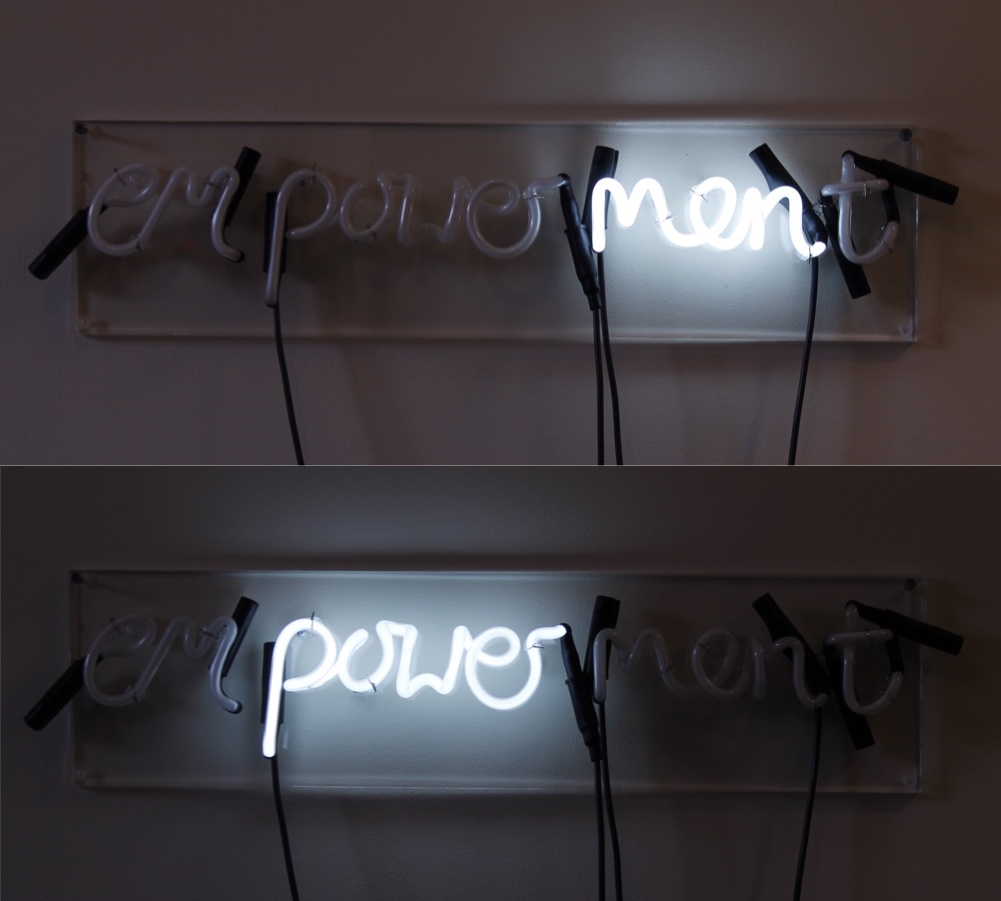 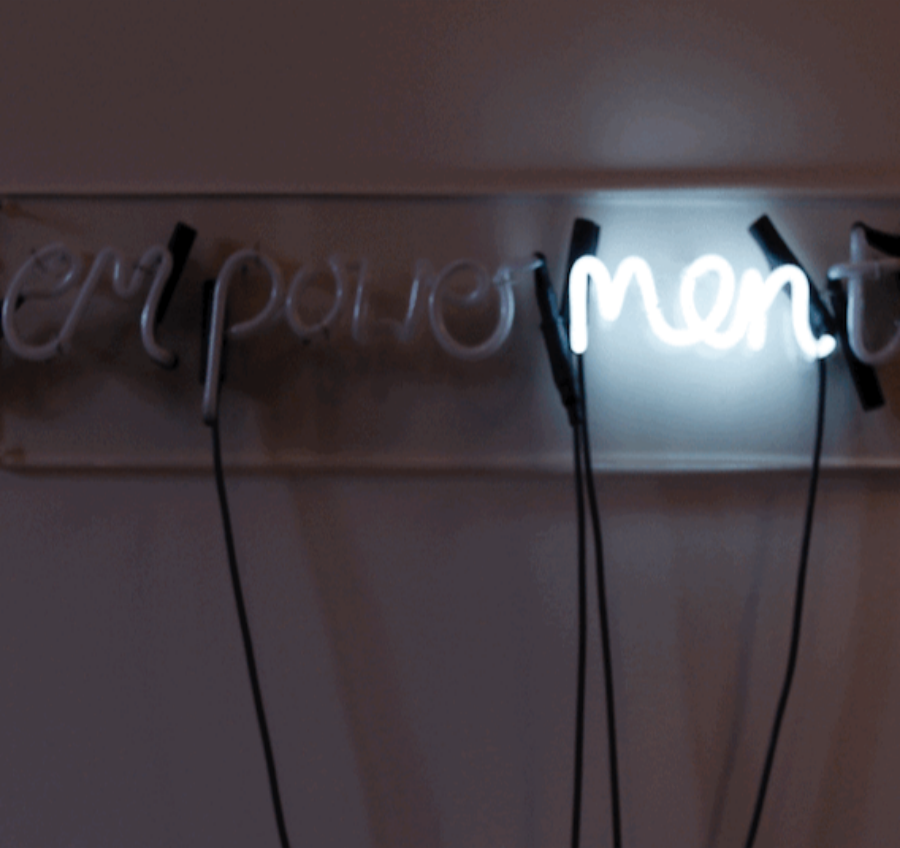 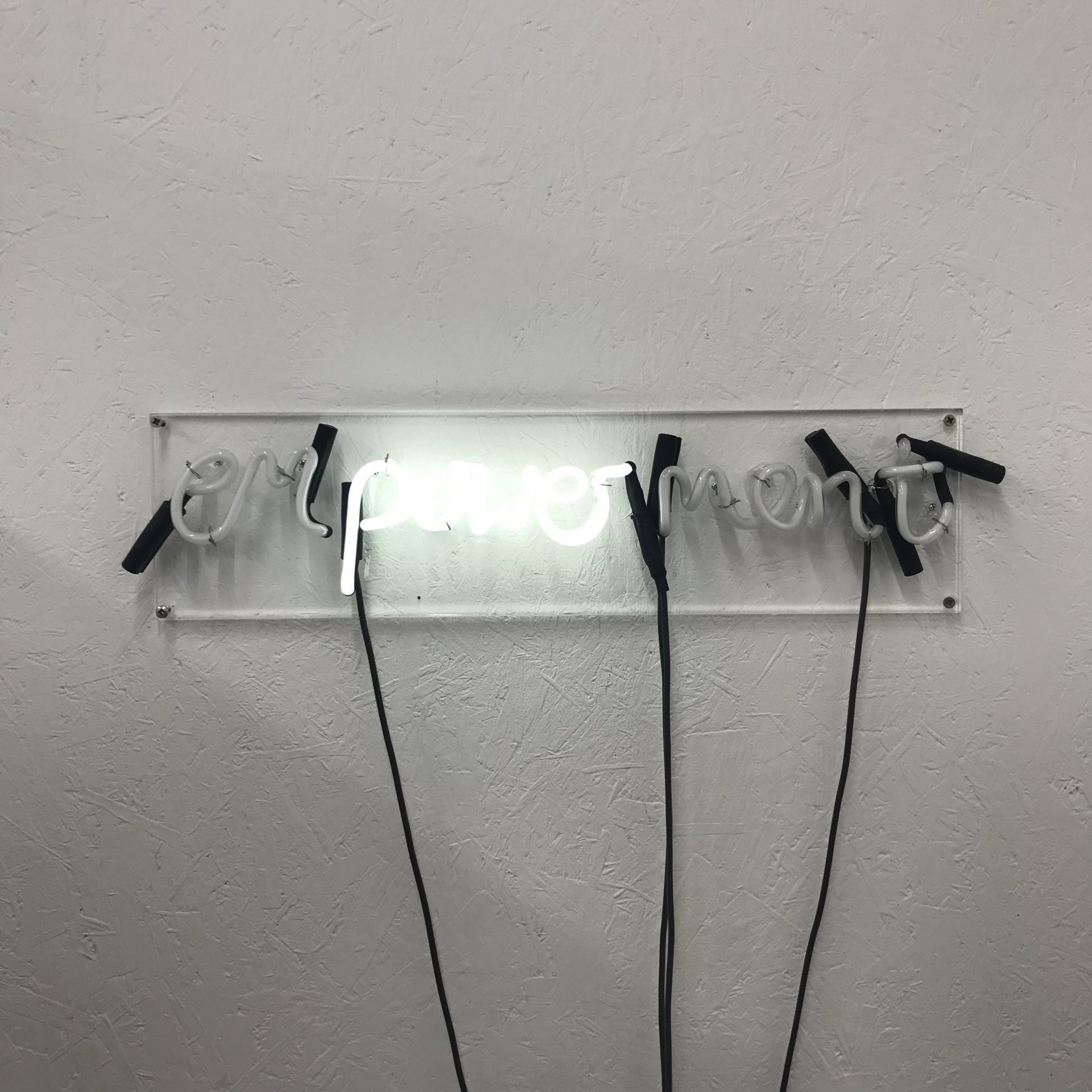 In 1971 at the Founding of the National Women’s Political Caucus, Washington D.C. pioneering nonviolent activist for the civil rights movement and the women’s movement Fannie Lou Hamer stated; “Nobody’s free until everybody’s free”.

Adopting Hamer’s words as the title, this work aims to address the persistency of white male patriarchal oppression, and calls attention to the progress still to be made in the fight for equality.

Produced in blown glass, only the two inner words ‘power’ and ‘men’ are filled with gas and programmed to flash on and off in a continuous loop, the full word ‘empowerment’ never being fully lit.

In the wake of recent activism calling out the current political, social and economic injustices around the world, Hamer’s call to accountability has become even more significant today in a landscape dominated by white male power. With the reignited fight against injustice becoming a growing force in contemporary culture, this work aims to be a catalyst, a call to action and a question; how can we achieve empowerment for all?