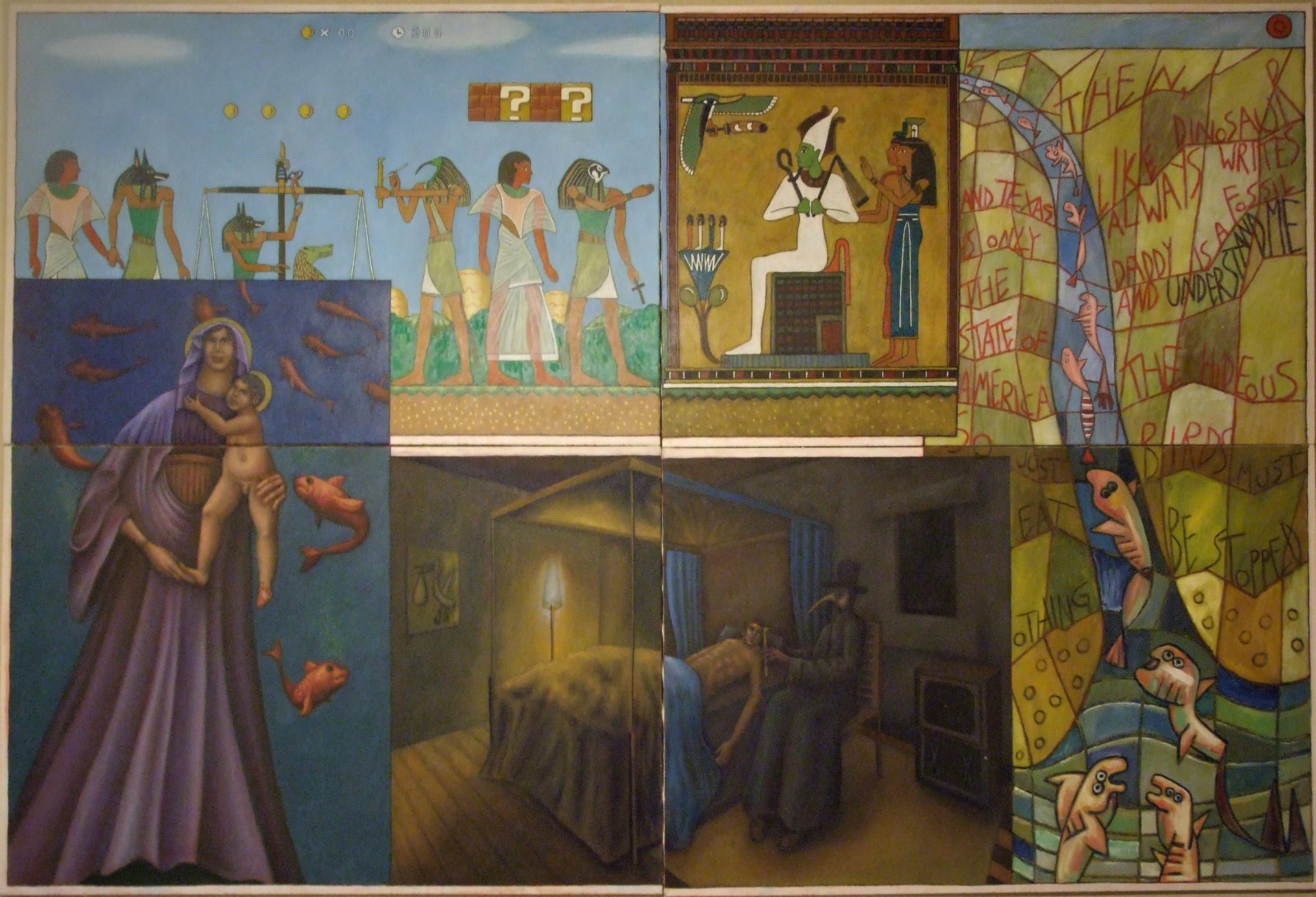 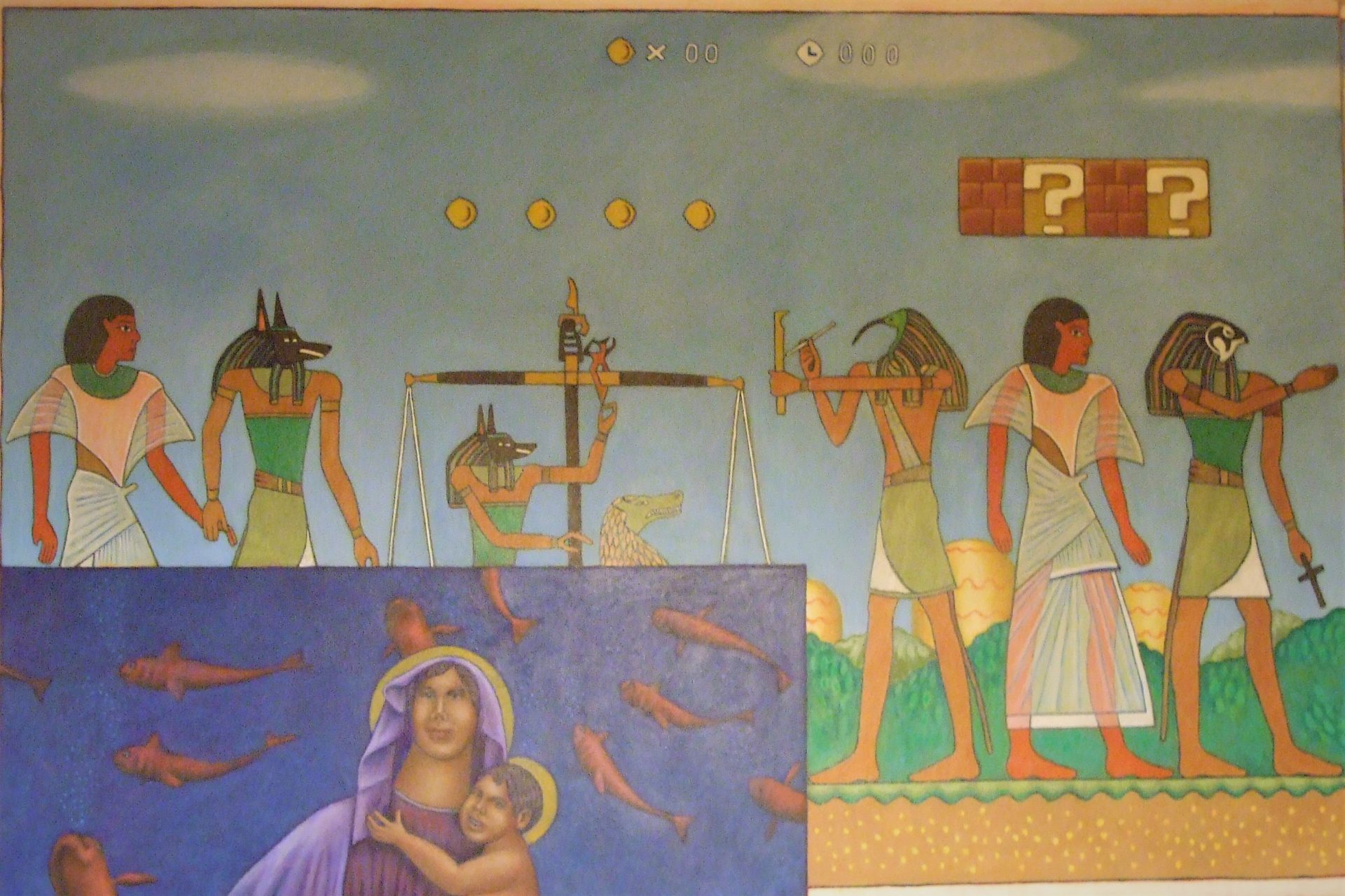 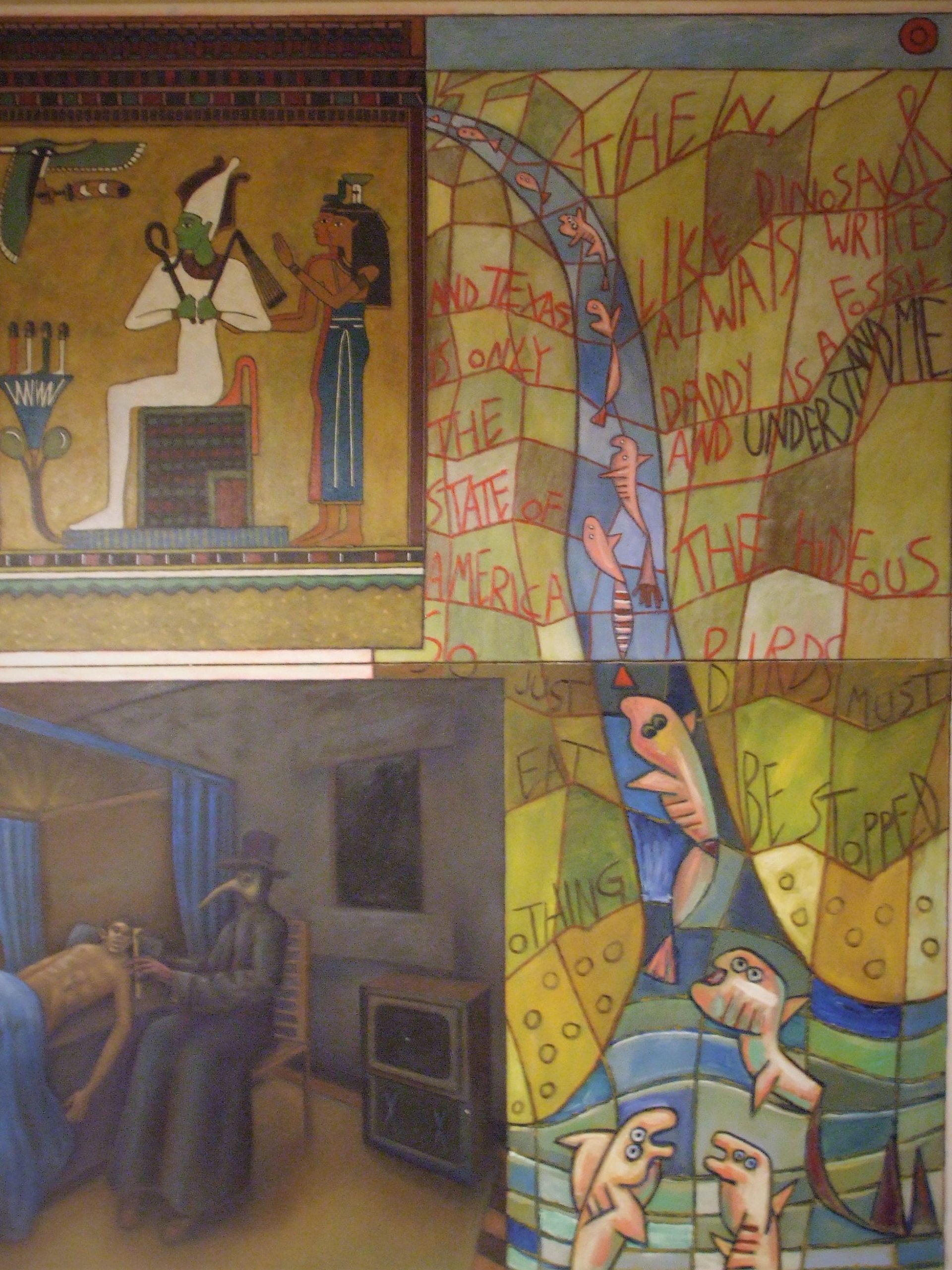 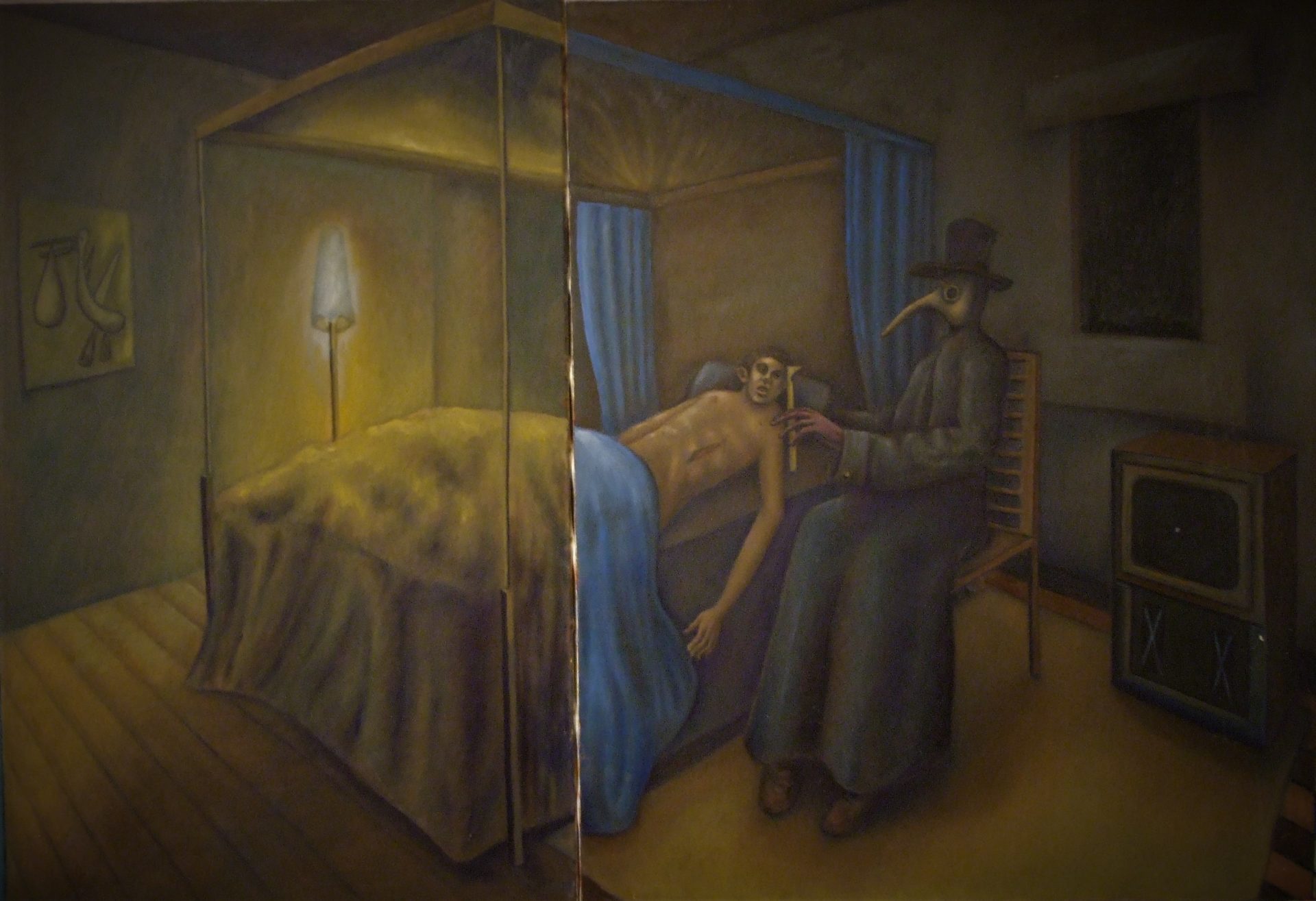 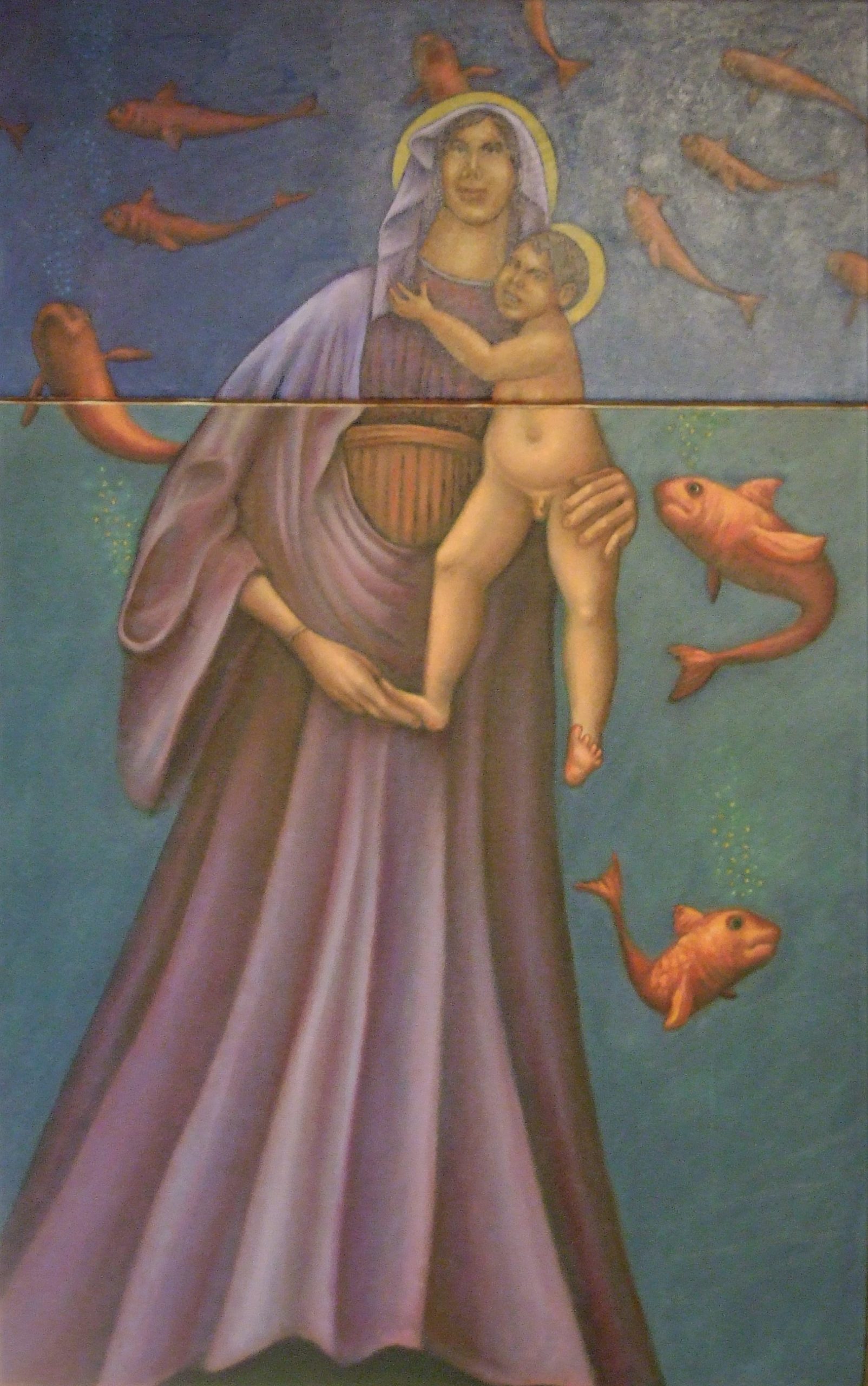 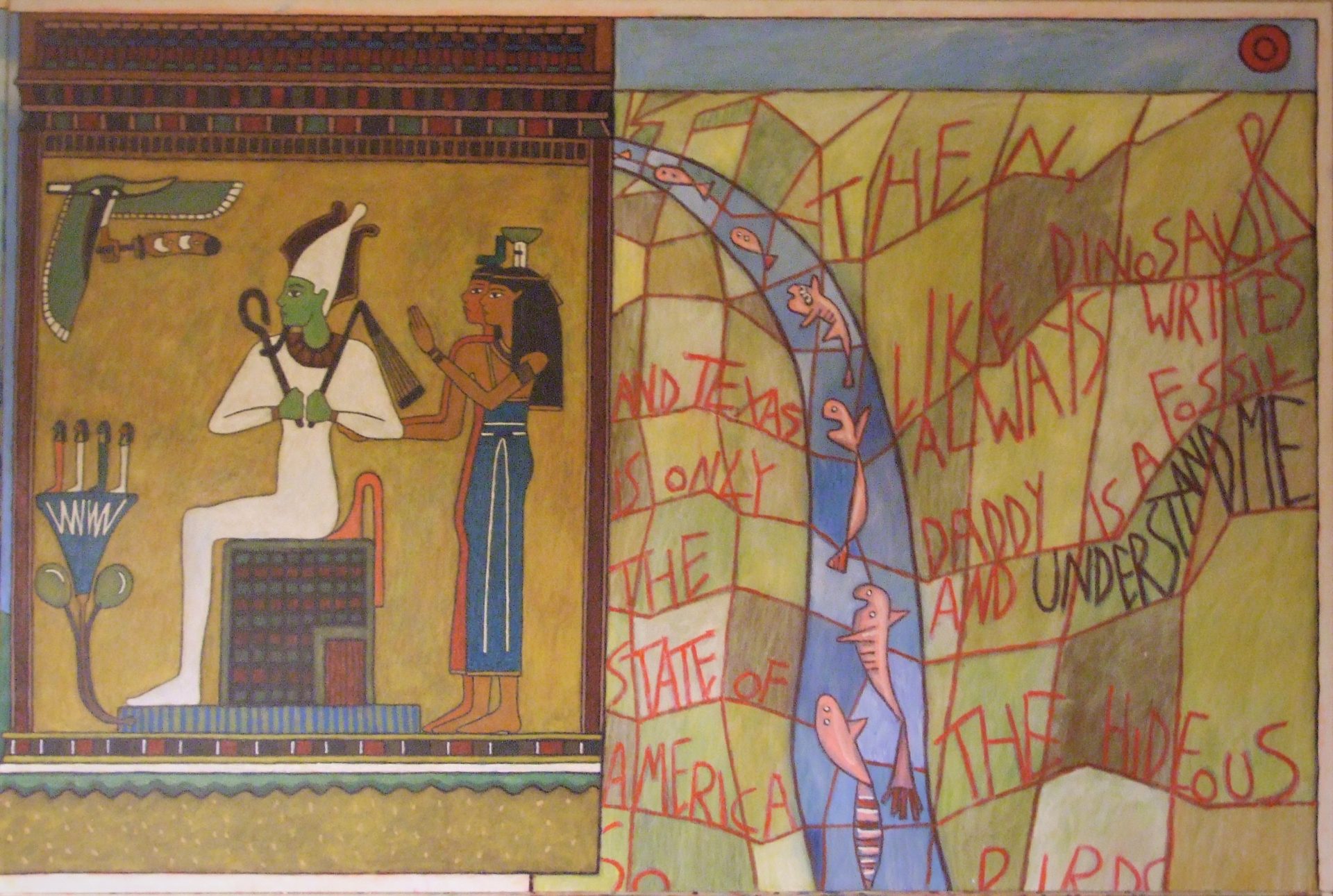 Politically and socially our culture seems increasingly divided. With heated debates over Brexit, and the ongoing culture wars, our sense of common identity is increasingly in question. And the internet absorbs us in a fragmentary hall of mirrors, entrenching tribal identities. This piece, entitled ‘War’, aims to show human conflict in symbolic, universal terms – birds vs. fish; sky vs. water; death vs. birth; antiquity vs. modernity – through a cycle of clashing images and styles, appropriate to the Internet age. An ancient Egyptian funereal scene of the afterlife is fused with Super Mario aesthetic, feeding into a modernist stream of consciousness, feeding into a plague death-bed scene, feeding into an underwater Madonna and Child, and back to the start in an eternal circle. Four interrelated images are subdivided across four separate canvases. The ibis-headed Thoth, recording the last judgement on the deceased in the afterlife, is mirrored in the figure of the (now topical) plague doctor as a gatekeeper on the threshold of death. The Renaissance Madonna is counter-posed against Klee-style upstream-swimming fish, providing alternative symbols of creation and fertility. Perhaps all division is essential to the ways we see the world, and ultimately inescapable.