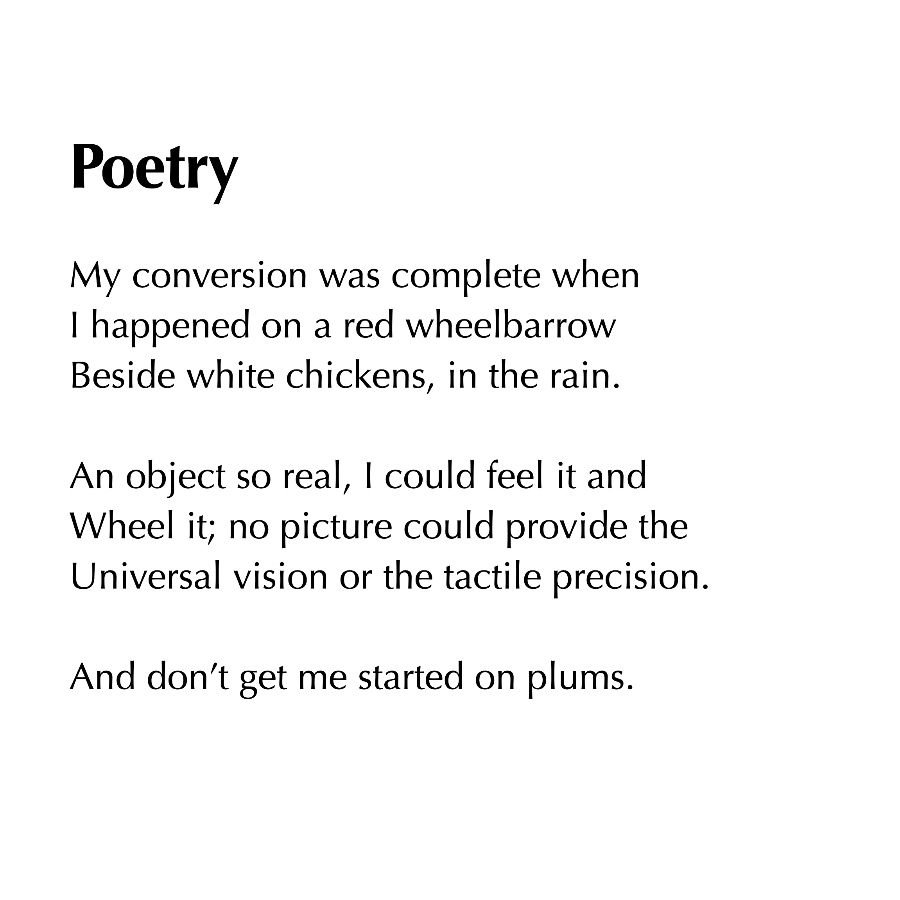 Previous entryNature or nurture?
Next entryWhy Is It So Hard to Express the Intangible?
July 23, 2021

What Turns People onto Poetry? 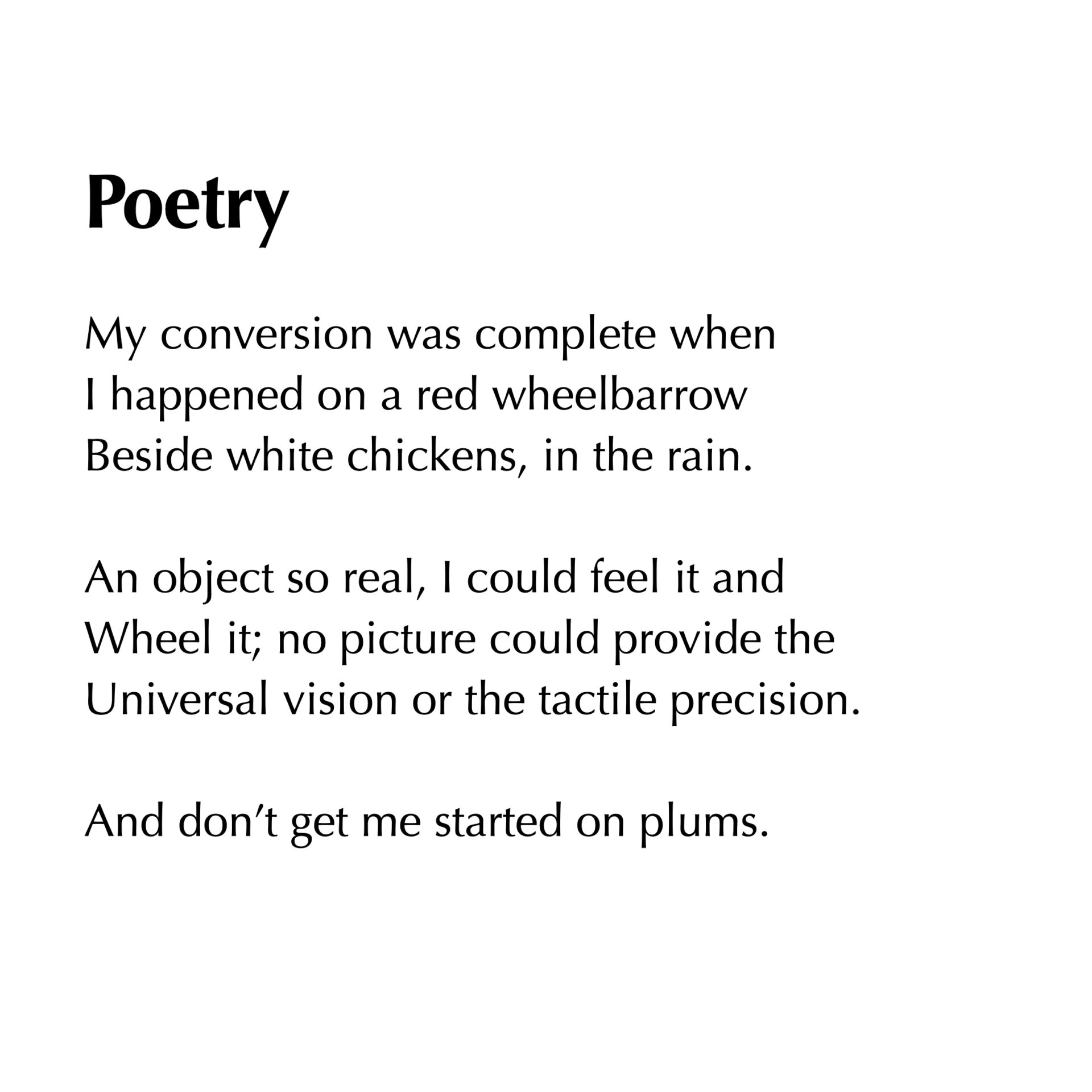 I wonder if William Carlos Williams, almost a hundred years after ‘The Red Wheelbarrow’, would see much change in poetry––however we choose to define that word these days? Away from the Eliot/Pound axis that Williams embraced, Walt Whitman prefaced the Beat poets who to some extent prefaced the shift to urban poetry and, ultimately, rap––which has achieved an unprecedented potency for end-rhymes. It is the yawp to rap tradition that stands out today, insisting upon its relevance to contemporary concerns with every bit of the electrifying vitality that Whitman invested in ‘Song of Myself’, back in 1855. Elsewhere, in English at least, things seem to have settled back into wry or pithy observations, like a gentle form of standup comedy, or a quietist’s postcard from the edge. I’m guilty of this toning down, of playing with assonance and producing tidy verse that tickles when it should slap and trickles when it should flood. Still, I don’t want to be too hard on myself––I’m just glad to be back enjoying the stuff after a long break. ‘Poetry’ points to my journey into versified prose––what I get from it––and the journey that I’m sure many others have taken over the years.

poetrythehardway
Share
Read More
Next entryWhy Is It So Hard to Express the Intangible?
Previous entryNature or nurture?