What makes us Human? 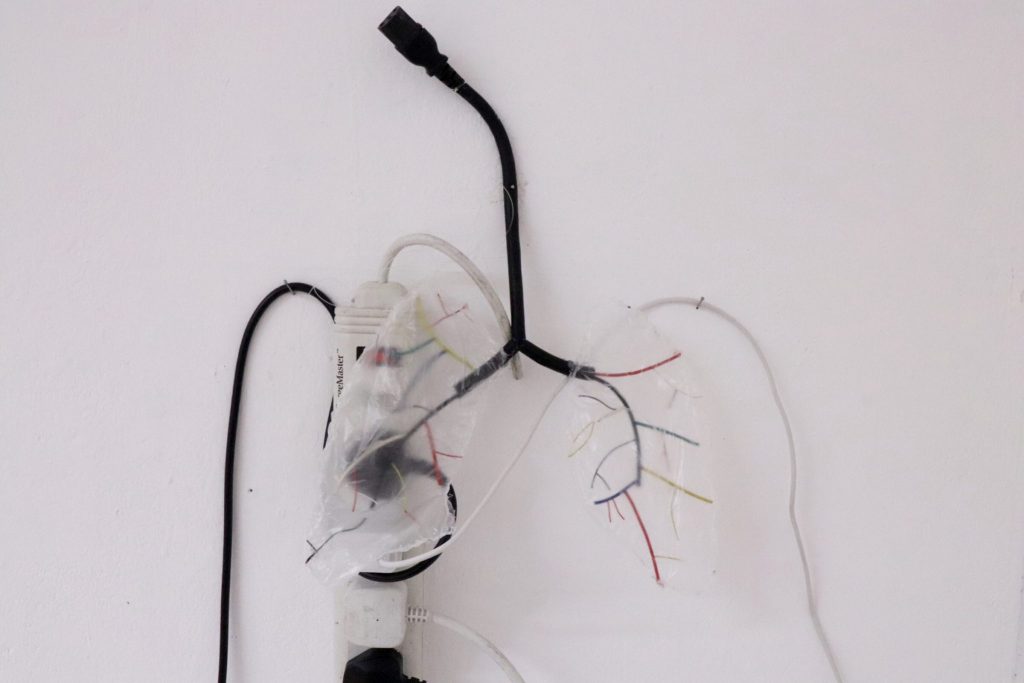 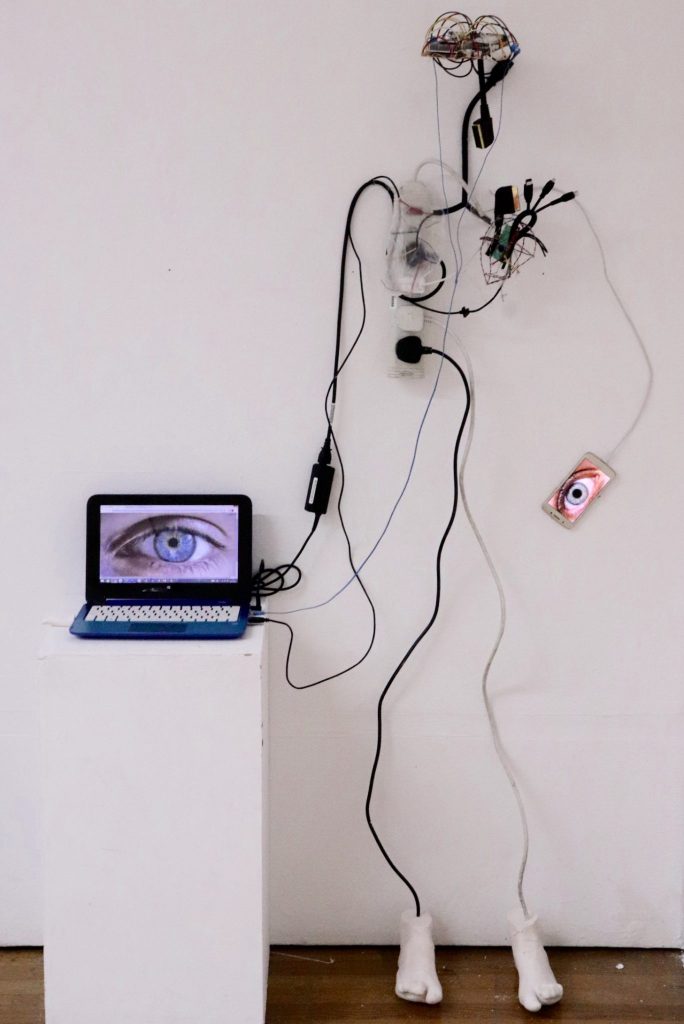 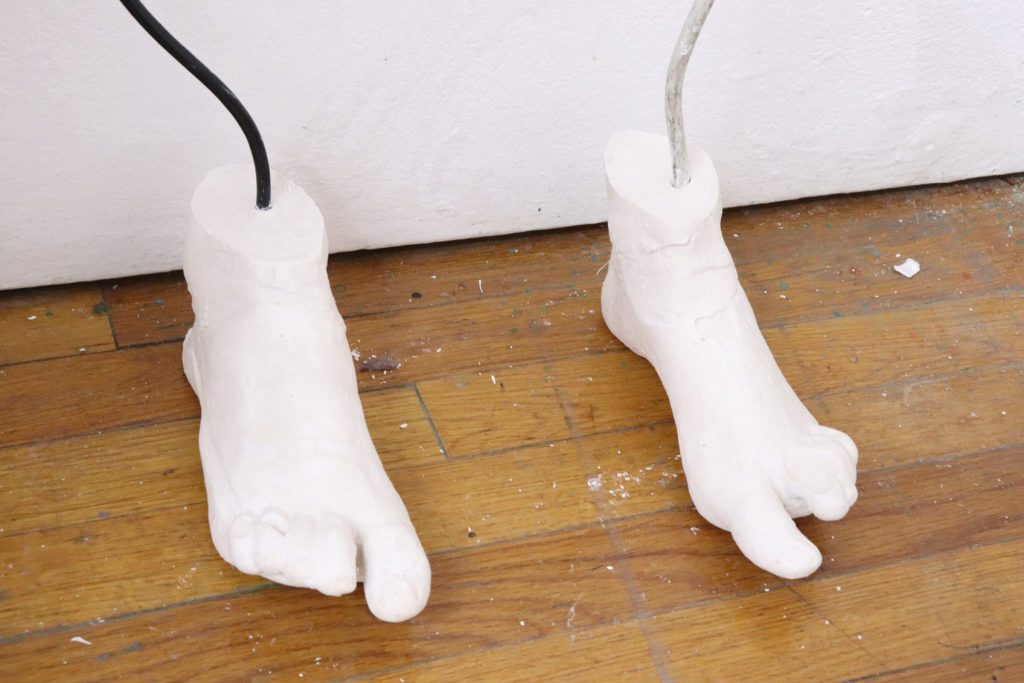 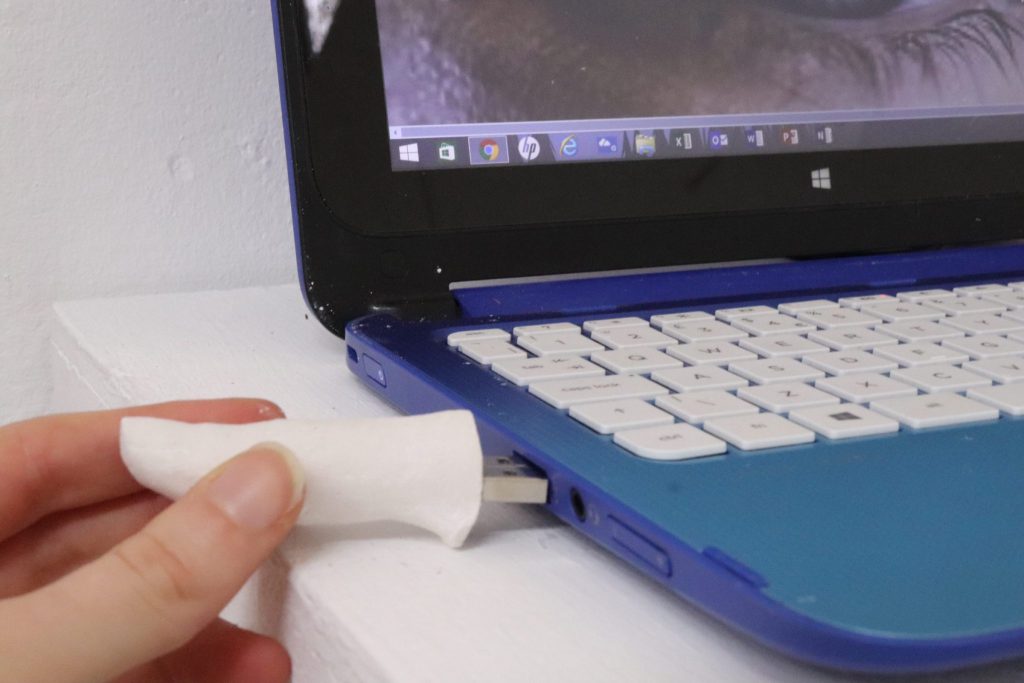 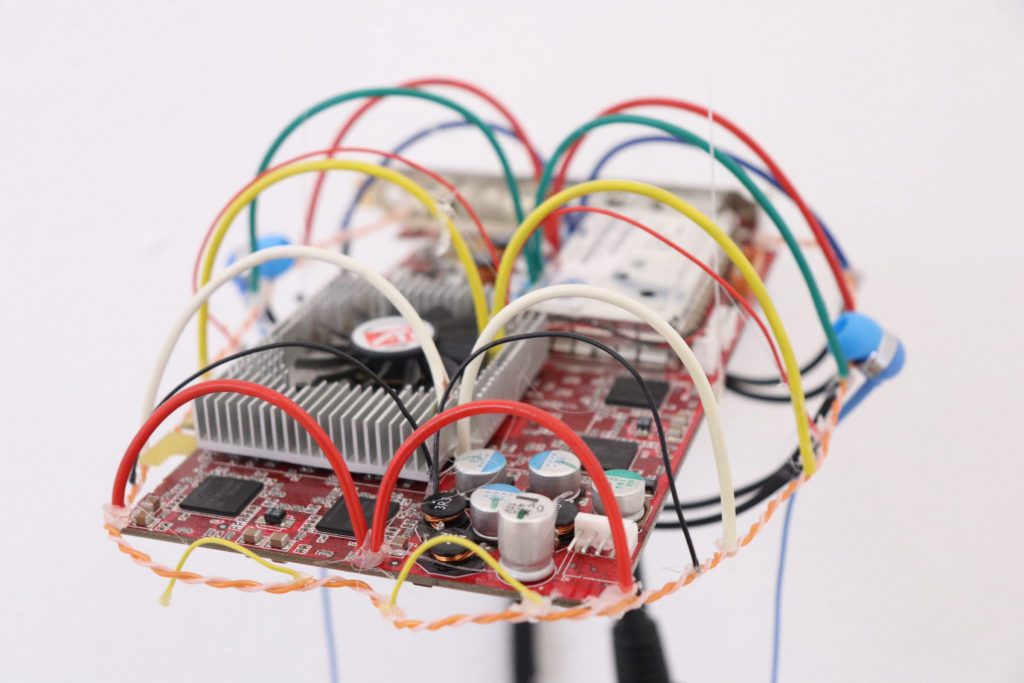 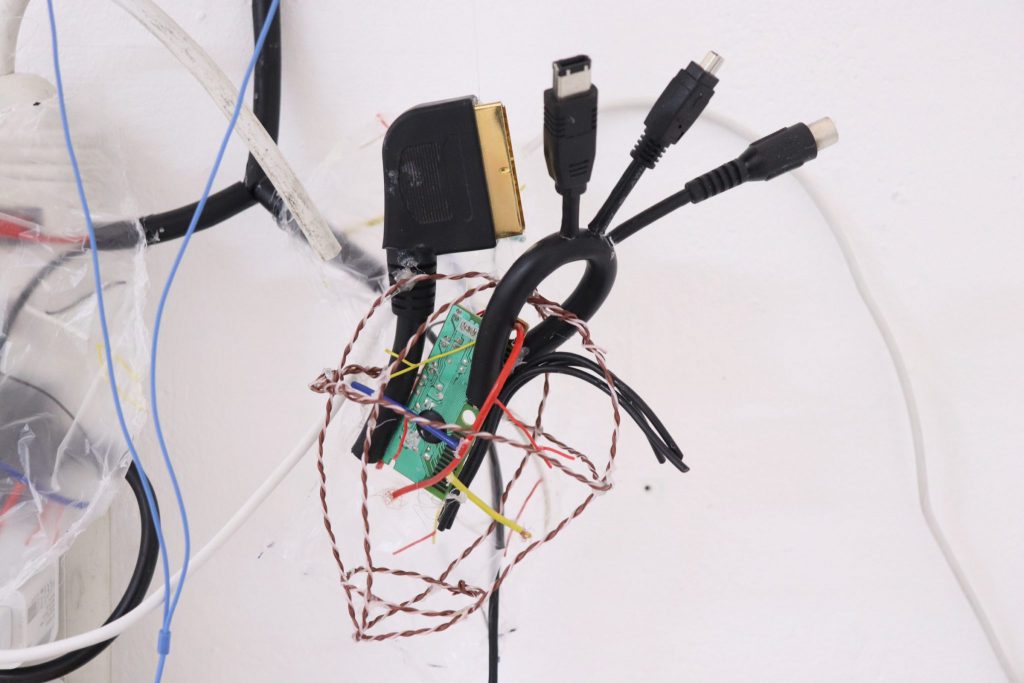 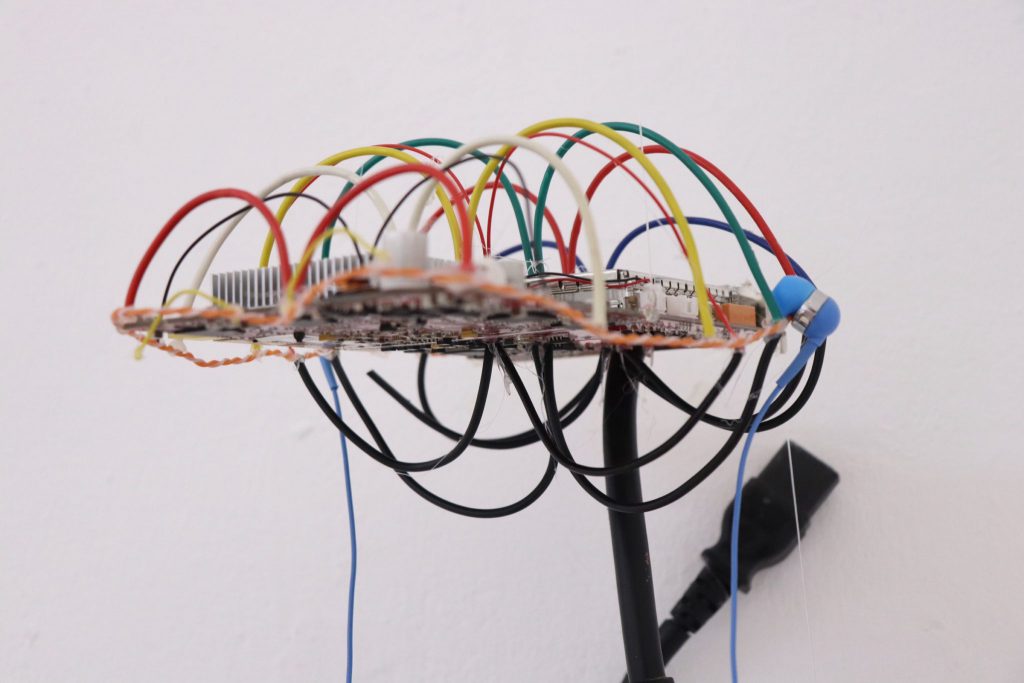 Man and machine were once very distinct from one another but as technology moulds its way further into our lives the line begins to blur. Not only do computers begin to take the shape of humanoid creatures with artificial intelligence, but humans are also evolving into products of technology; constantly plugged in and controlled by the internet. This also manifests physically. Scientists are beginning to 3D print internal organs suggesting that eventually not even a beating heart will differentiate human from machine.
By confronting the viewer with a life-sized human body – brain replaced by circuit board, veins by wires, limbs eternally plugged in to computers – I will them to question their own relationship with technology and consider how much it controls their lives.
This is especially significant regarding the recent US election and Brexit referendum. I believe our complete immersion in technology has been exploited, allowing governments to manipulate what we view as the ‘truth’ calling into question the very definition of democracy.

PreviousCan We Associate Our Feelings With Autumn?
NextHow do you find meaning in the face of death?

Drowning in plastic? This bag is not a toy.

One picture but a million different answers?

Where do we go to feel safe?

How can someone navigate the complexities of grieving a loss to suicide?

Am I There yet?

Is the ruffling of feathers vanity?

Can abandonment be left behind?