What is your engagement with the environment? 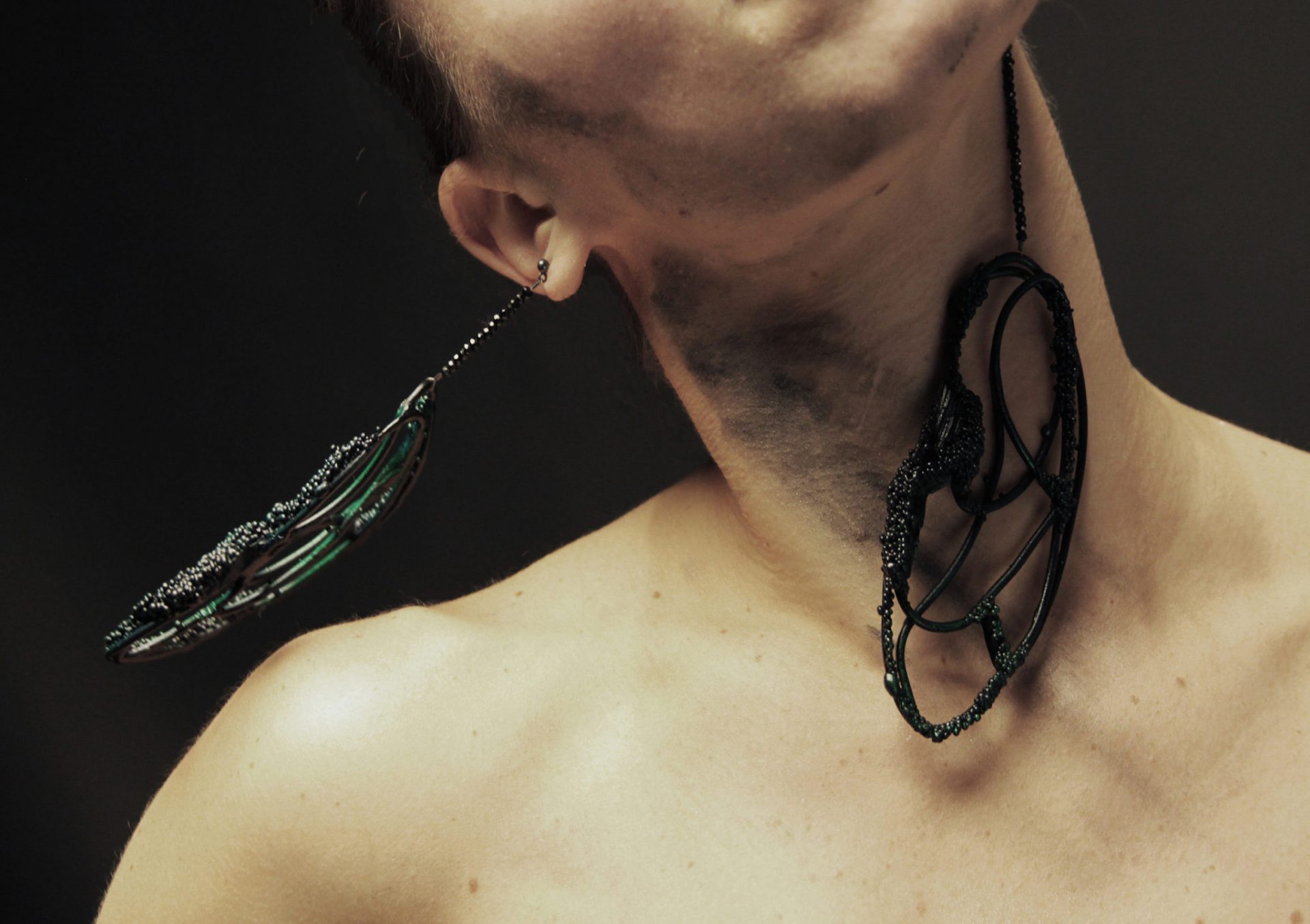 Dark Grace takes inspiration from nature, the human touch and pollution. From these forms of inspiration, the collection displays the timeline of the effects in which pollution, created by humans, has had so far on the environment. Effecting not only all things natural but also ourselves Dark Grace seeks to show the urgency of the human touch in order to help prevent any further harm to the environment around us.

The collection is spread between two sections Purity, displayed in silver, and Poison, displayed in black. Purity illustrates how nature would appear if untouched by pollution and Poison symbolises -destruction, darkness as well as uncertainty that pollution brings. Colours play an important role in clearly displaying the message behind the collection. Silver was chosen as it symbolises hope, creates brightness and additionally acts as an energy source, removing negative energy and replacing it with a positive energy and black was chosen for poison as it is perceived to be connected to the unknown. Additionally, thermochromics plays an important role in conveying Poison. Though its interactive qualities it displays it creates an awareness highlighting how the wearers touch matters in helping to preserve and restore nature.

With the collection focusing on the environmental issues that are amongst the world’s most pressing problems, its context relates to the contemporary practice within jewellery as it tackles a hugely important modern day issue. To effectively communicate this message in a dramatic way that captures attention, new technologies and design ideas had been used. It also conforms to contemporary practice because some of the jewellery pieces are constructed from alternative materials not traditionally used in jewellery design such as aluminium and thermochromics. For example, recycled alumium from used Audi cars is employed; this choice of material symbolises the importance of reusing and recycling materials for both production and consumption. The use of these materials also demonstrates how reusing materials can also help reduce the demand for new raw materials that are rapidly being depleted. Additionally, the use of alternative materials such as recycled aluminium allows for works to be worn in alternative places on the body and be constructed on a larger scale as the weight is less. The scale is important in creating a presence, making a statement and engaging viewers with the environmental issues modern society is confronting in a visual, dramatic yet wearable way.

andreadritscheljewellery
PreviousFour Degrees?
NextShould the past be forgotten, to progress?