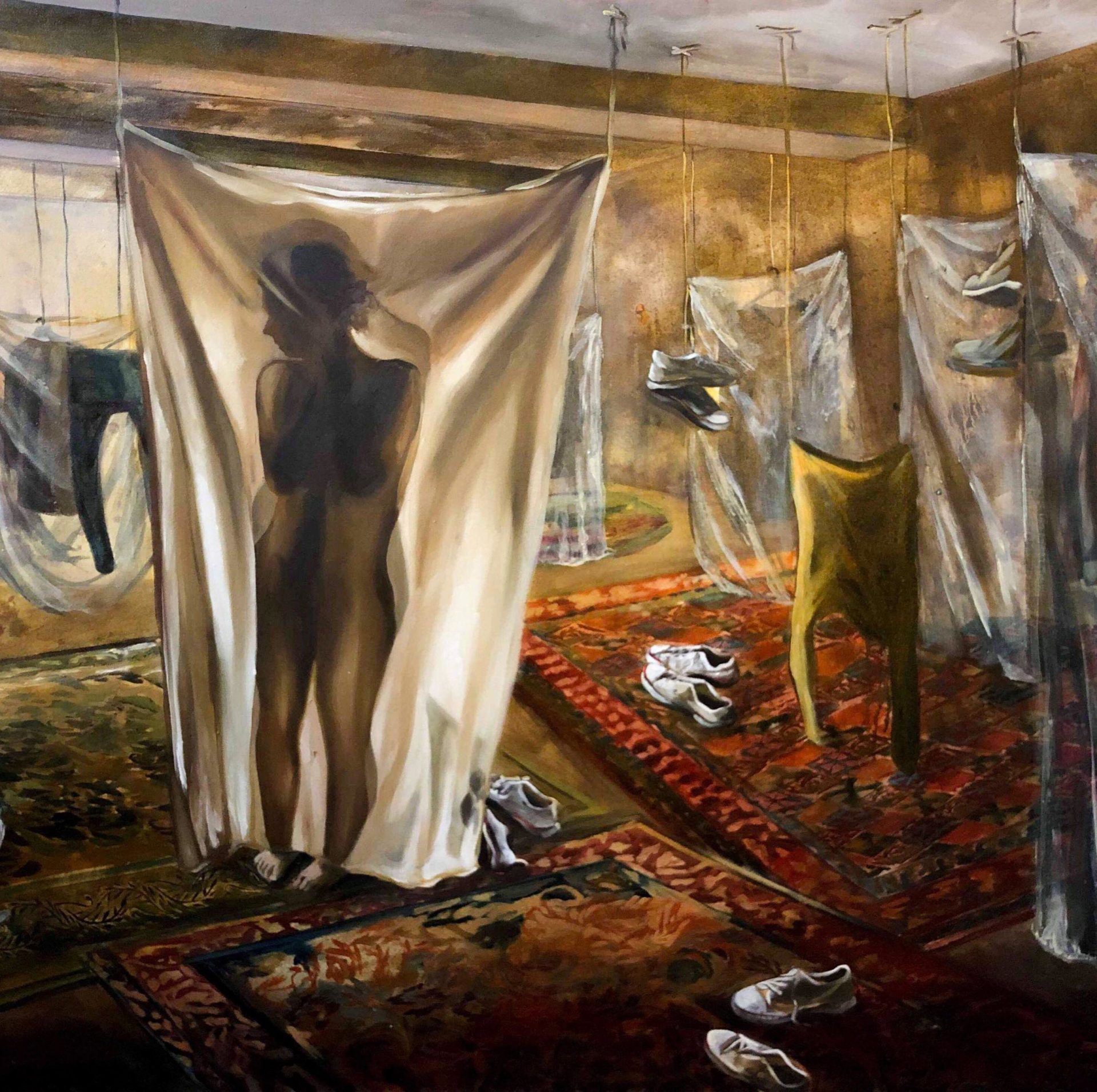 Previous entryHow will the sick survive?
Next entryHow can you honestly portray grief?
January 4, 2019

What is the real price of the things we possess? 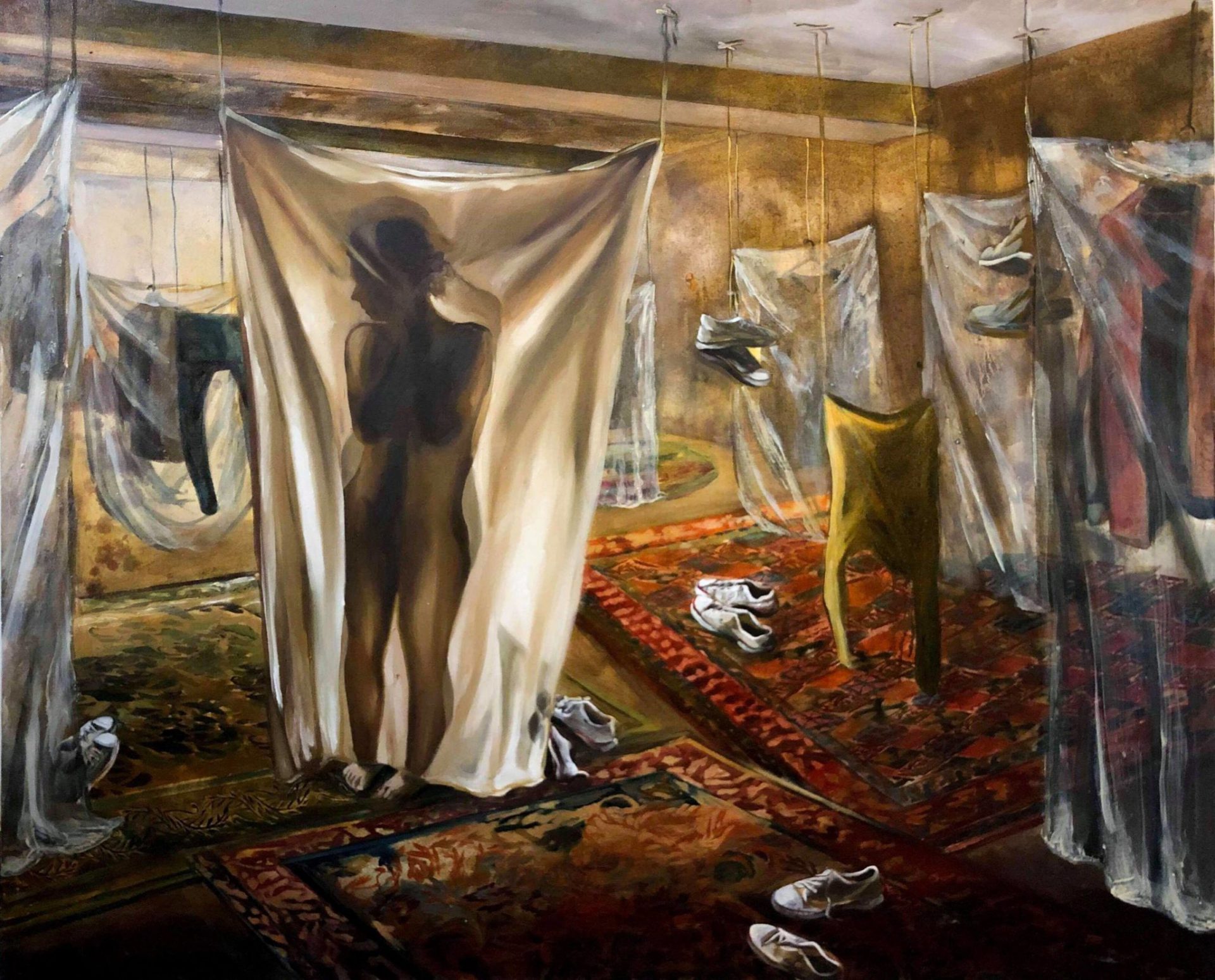 As a person working part time in a hotel, views of bags full of food being thrown away or rooms filled with thousands of snow-white napkins and towels, are part of my job daily. These experiences have inspired me to look at the subject of a waste and mass production in the modern world.
My first area of interest was just the actual waste itself, however, during my research I decided that what I really wanted to show through my painting was the relationship between humans and the sheer number of things that each of us possess and how quickly we can become attached to material things. I wanted the painting to portray this fear of mass production, a fear of being lost in a world clogged with items and the fact that even more are produced every day.
I have directed my focus onto clothing. Each one of us possesses Items in substantial amounts that are produced in desperately poor countries like Bangladesh, which is symbolised in my painting by rugs on the floor. Pairs of the same-looking white trainers are showing the repetitive nature of mass production. The country with such a rich and old textile arts history dating back to the 1st century AD, is now the world’s second-largest apparel exporter of western “fast” fashion brands. We often forget about the history of people that is behind the production of our clothes. The question is if the world will keep hanging a white curtain of silence to hide behind it.