What is the legacy of our lost ecosystems? 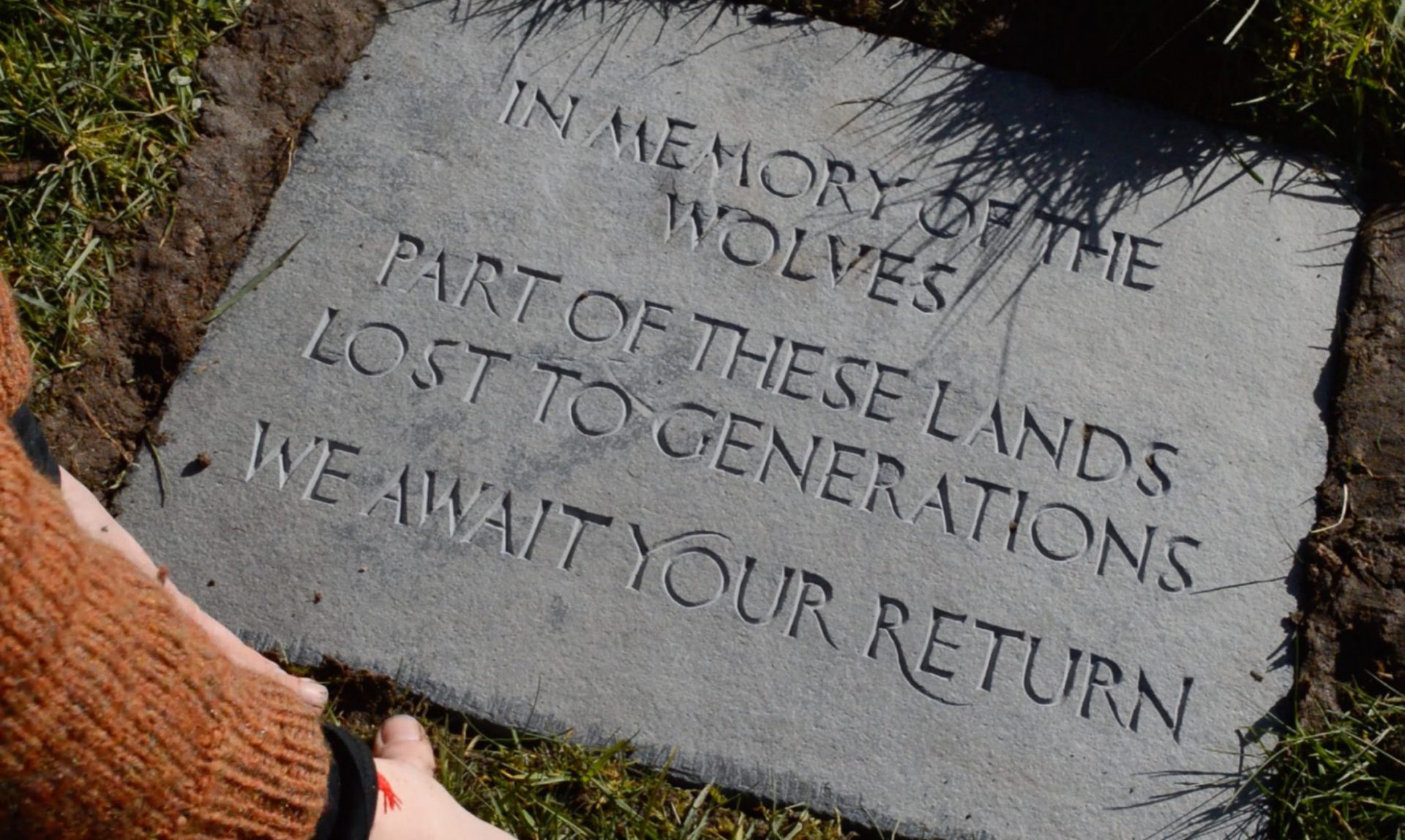 The wolf’s role in the networked ecosystem of the Highlands is undeniable. The guerrilla act of making and installing a stone that speaks directly into the space left by the wolves aims to challenge the last wolf stories that have persisted for centuries, remake the legacy of wolves in Scotland and mark the place for what it is – the start of the demise of the Highland ecosystem. The two stones, made almost one hundred years apart regard each other from opposite sides of the lay-by, representing the two sides of the debate. In some pockets of the Highlands real action is taking place to bring about the managed reintroduction of wolves. If not for public opinion and restrictive legislation, these parts of Scotland are ready, begging to receive wolves. My ‘Not the Last Wolf’ stone exists to open up a little mouth for optimism and to set in stone a small rebellion. And I hope that in my lifetime Scotland’s claim to wondrous wildlife might not be so far from the truth.

http://www.thelearnedpig.org/last-wolf-foregathered/6484 Foregathered wi’ the beast is actually an action (which is documented by a photograph, a video and an essay). According to the entries format, I was not at all sure the best way of categorising/ going about entering it. I’m not sure I’m allowed to enter various documentations of an action, am I? After discussion with Niall we decided I would enter it as a film and send the essay and photograph directly to him. [email protected] Working Creative arts and design Yes, count me in. I accept the conditions of entry 86.187.162.235 4.32E+18 Edit Submission

PreviousWhat would our ancestors think if we could ask them?
NextCan anyone be an artistic genius?

What’s love got to do with it?

When even the air is toxic, how can we flourish?

How can I show the beauty, wonder and magic of the Earth?

How can place affect ways in which we manage the impression of ourselves within social interactions?

Why are the Scots so contradictory?

Do you remember the time we flew our kite on the beach?

What does Graffiti mean for a city?

Where do we find our corner?