What is the alternative to living in the toxic society we have created? 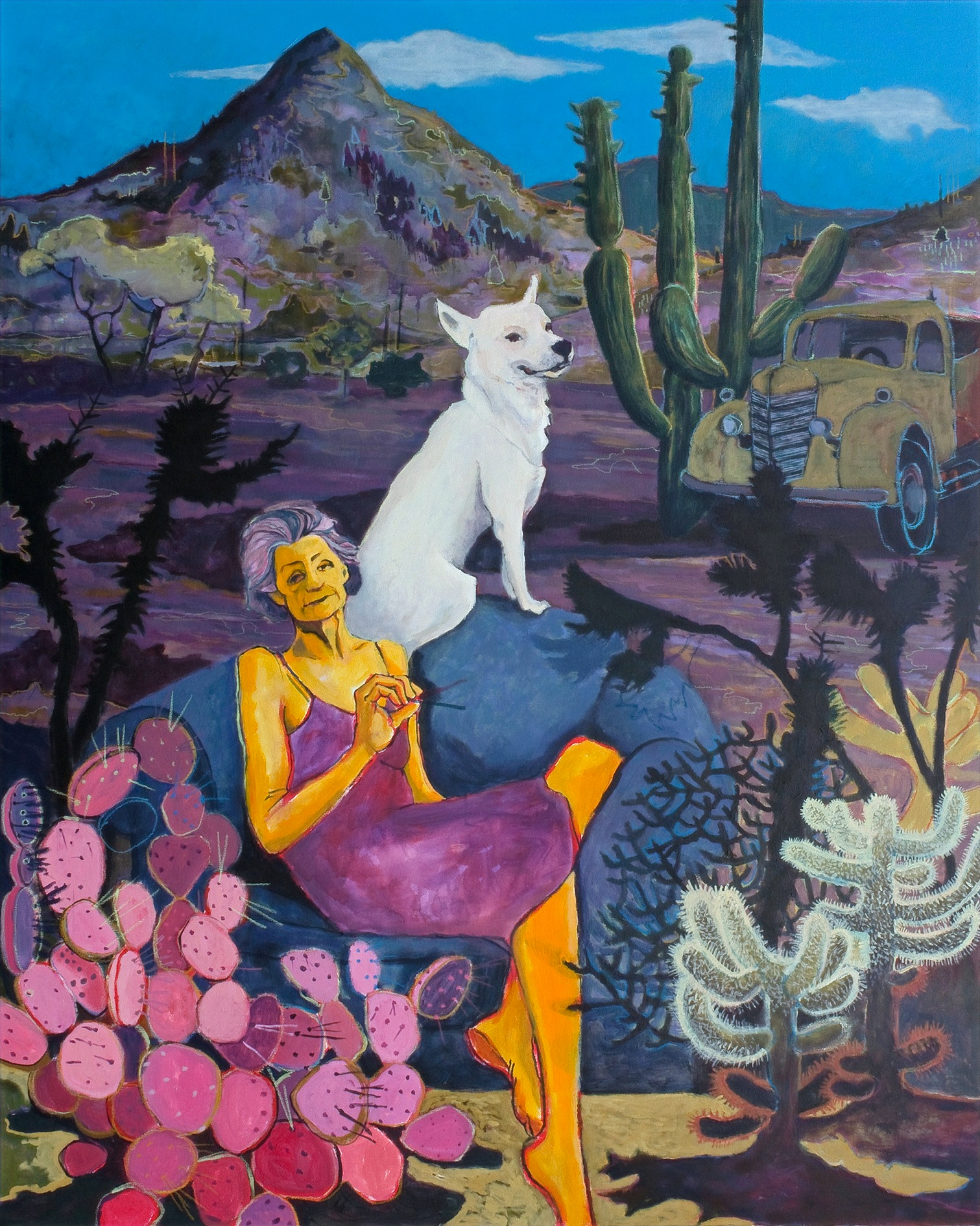 Ralph Waldo Emerson said ‘society is fatal’. That’s how it feels to me. It is not surprising that some of us want to escape the society we now find ourselves entrenched in; a society that is the product of inequality, greed, ego and materialism. The majority of humanity live like battery hens, watching the Earth’s eco-system being destroyed and waiting for algorithms to steal their jobs. For escapism they watch fantastical TV shows about the apocalypse because their own existence is becoming increasingly stressful. What is the alternative? This painting is one of a series I made after looking into alternative communities and people who live in isolation off the grid. I wanted to depict unconventional lifestyles in a positive way, as all the people I read about seem more satisfied with a simple life than those living within conventional societies. Without being part of the consumerist culture or becoming dependent on technology, and choosing instead to spend time in nature and living off the land, does a human being regain the perspective that has been lost or is it too late to save humanity?

Boneyard, Acrylic on canvas150cm x 120cm
https://www.anastasialennon.com
PreviousCan there be light when the darkness consumes us?
NextCan I do this?