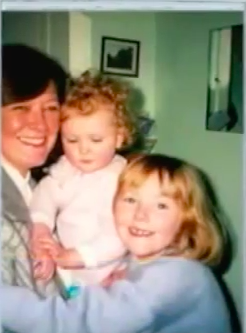 What is it like to be a mother in Ireland?

My entry explores what it means to be a mother in Ireland through two interviews, one with my mother and one with my pregnant older sister. The recording explores their individual challenges as mothers in Ireland, in a country where Catholicism still has a rich influence on policy and legislation. My mother discusses being one of the first women in Ireland to be divorced and being a single parent during a strict and suppressed time. This is juxtaposed with my sister’s challenges of being in a same-sex partnership and trying for a baby, including having to travel to get the correct health care and raising a baby in a country where her partner has limited guardianship over their child. She shares her worries regarding how her family will be judged being different from ‘the norm’. The recording aims to show how motherhood has changed in Ireland over the years, but despite recent achievements such as the Marriage Equality Act and the removing of the Eighth Amendment, it is clear the Catholic church is still a dominant force in Ireland. This piece was recorded at the end of 2017 and my niece, Thea was born on the 24th of January 2018.