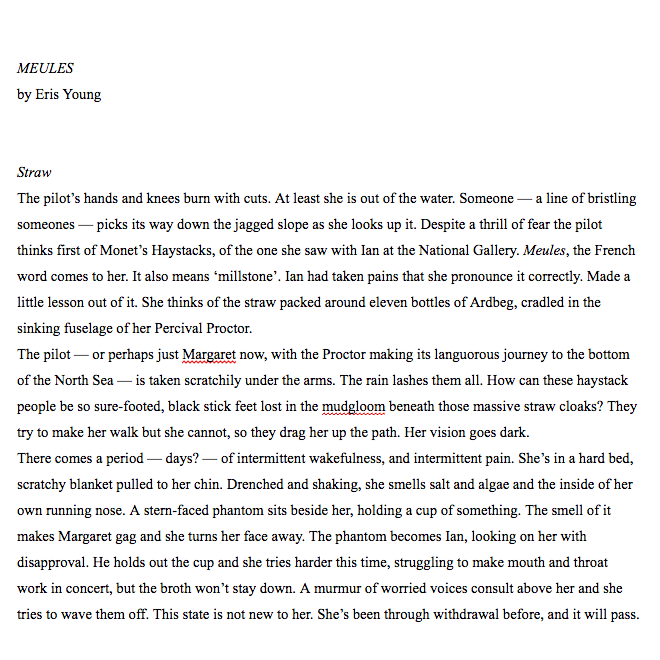 Read more
Previous entryCan I turn my weakness into a strength?
Next entryWho’s ready to Party?!
January 24, 2019

What is identity, and how do our experiences change it?

I wrote this story originally as a way to explore a world whether sex and gender mean something different, namely where concepts like “man” and “woman” are not useful categories. The piece soon grew into a larger exploration of identity and social expectation: the way that the expectations placed on women as wives and mothers can divest them of power, and the ways that women have had of escaping or subverting those expectations and regaining personal agency, often at high cost.
I wondered what would happen if a woman from our society (rather, the highly gendered society of 1940’s Britain) were dropped into this world where there was no such thing as “husband” and “wife”, no expectation to look or behave a certain way, no division of labour and very different power dynamics. How would she understand a society she was not given a vocabulary to describe? What would such a society look like through the lens of her eyes? What would her encounter with this society teach her about her self and her own circumstances? How would her time there change her?

This story is part of a larger collection I’m developing which explores alternative models of sex and gender through a medium of speculative fiction. As a transgender person myself, I’m particularly interested in historically marginalised identities and speculation about how things could be, might be, or might have been. Trans and gender-nonconforming people are often shown as objects, monsters or victims. Our bodies are constantly under scrutiny. I want my work to humanise the trans subject and give them back some power, and to explore alternative ways of being.

http://theselkie.co.uk/the-archivist/
Share
Read More
Next entryWho’s ready to Party?!
Previous entryCan I turn my weakness into a strength?