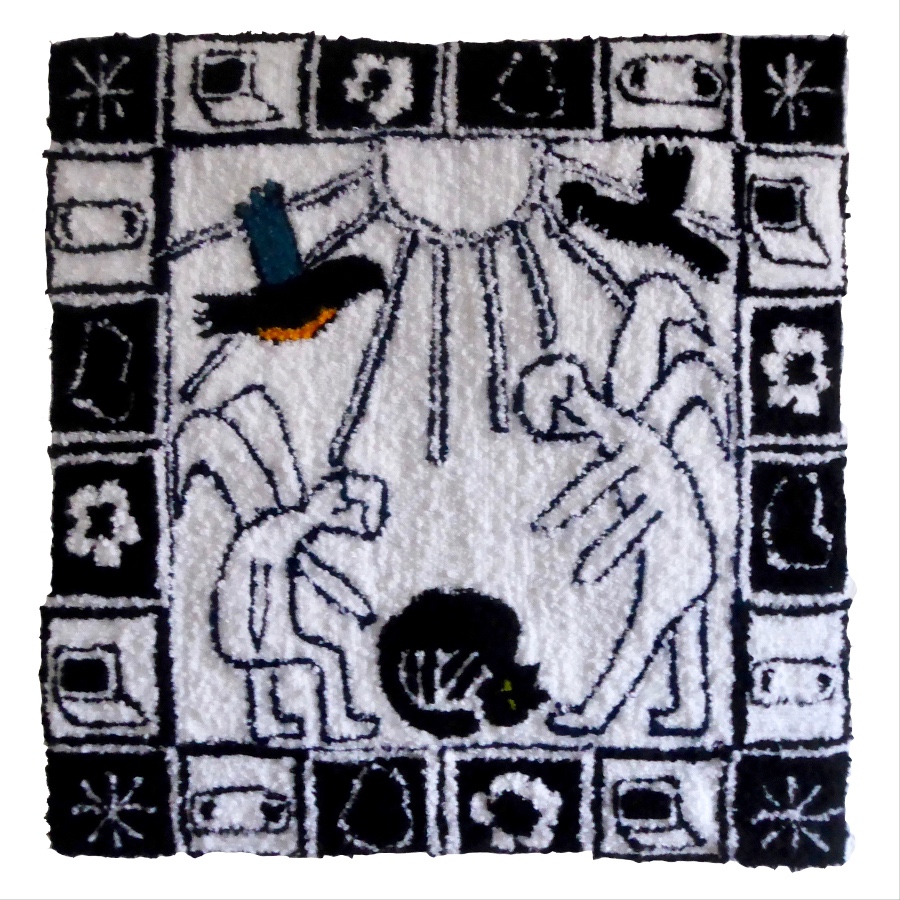 Previous entryWhat makes us human?
Next entryHow many layers does Scottish identity have?
November 21, 2020 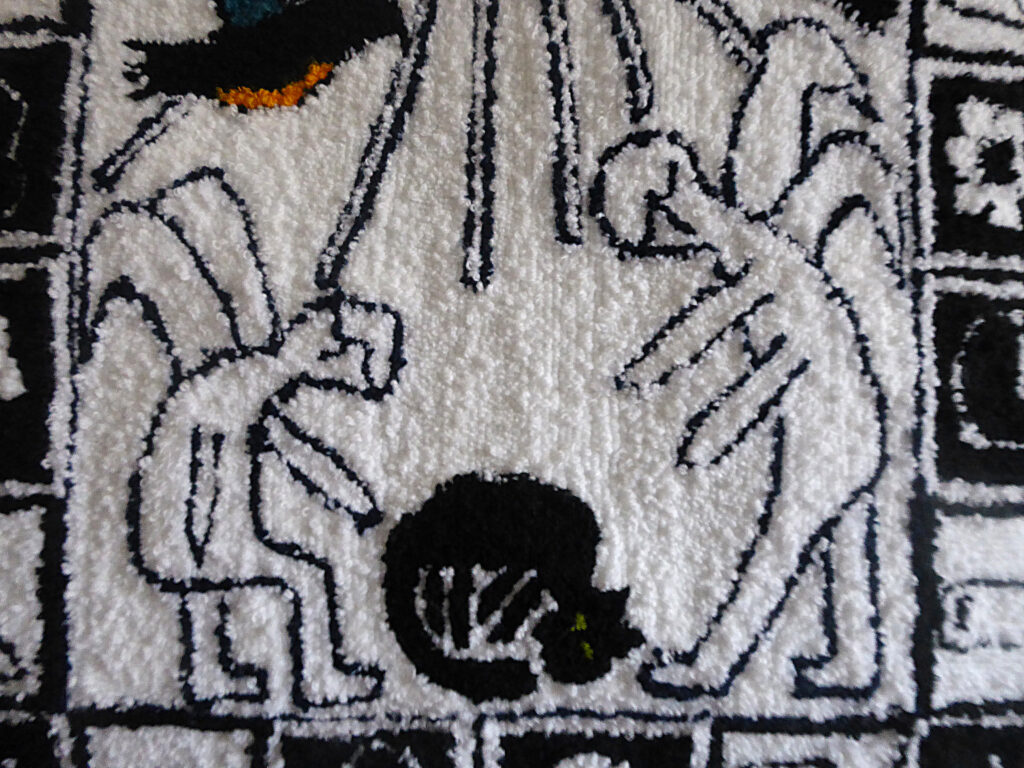 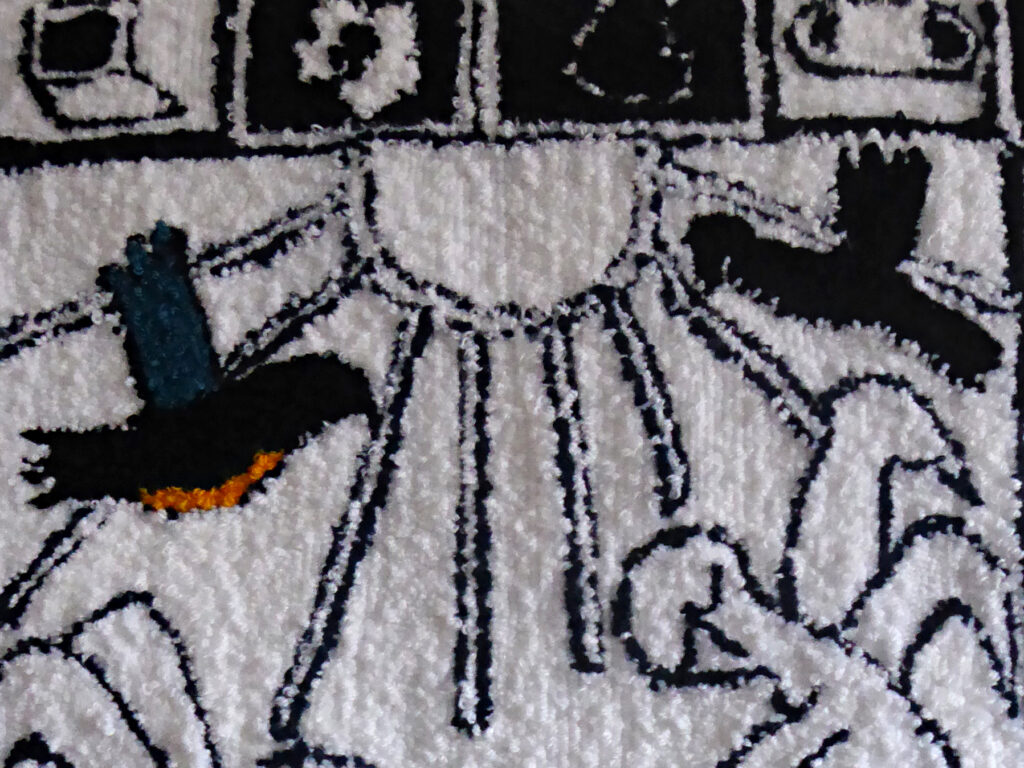 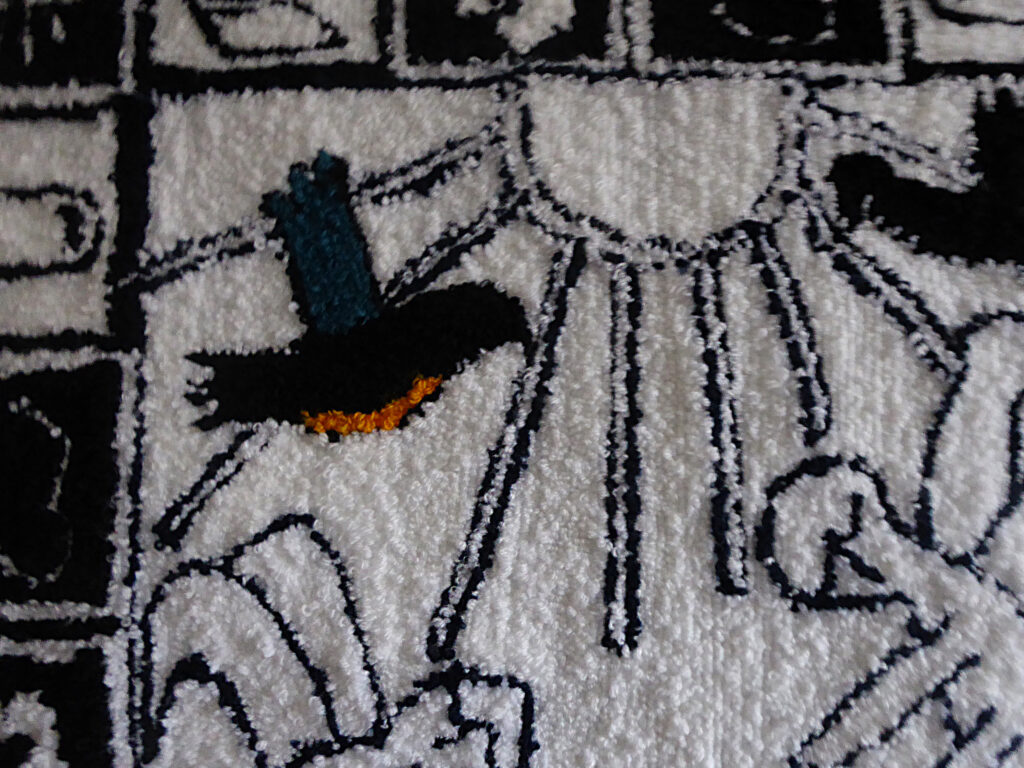 My practice is based in craftwork, primarily rug tufting with wool. This technique is labour intensive and combines the traditional method of rug-making with new technologies, creating surrealist scenes. This particular piece is an ode to the question: ‘what happens next?’. In death we search for answers, each experience individual, influenced by our environment and culture. When I think of death, I think about the superstitions I withhold. Sometimes what we believe is not explained by science or religion, but through tradition and storytelling. I think about the bird trapped inside my house a few days after my Grandma died, and the kingfisher that landed in the garden after my Grandad died. I was intrigued by ‘Ère Ìbejì’ (‘Twin Figures’) sculptures created by Nigerian artists, inspired by the ‘human-ness’ of creating ones own deities in a highly stylised form, believing in the idea that beliefs can be formed on a personal level. I was also interested in the depictions of Thanatos (the personification of death in Greek mythology) in art over the years. In my piece, he is portrayed with his twin brother as peaceful assistants of death.