What does it mean to come out as non-binary in contemporary culture? 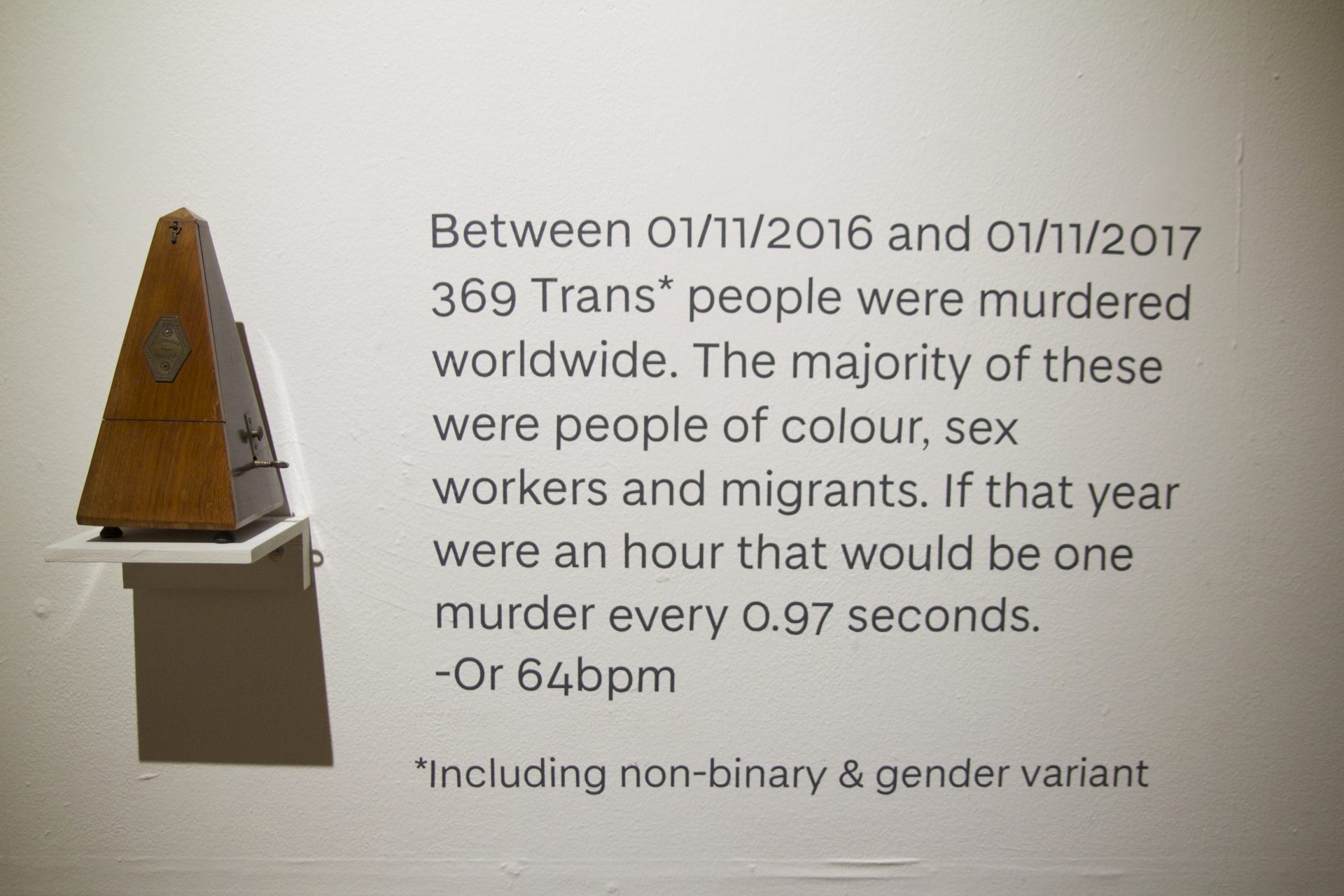 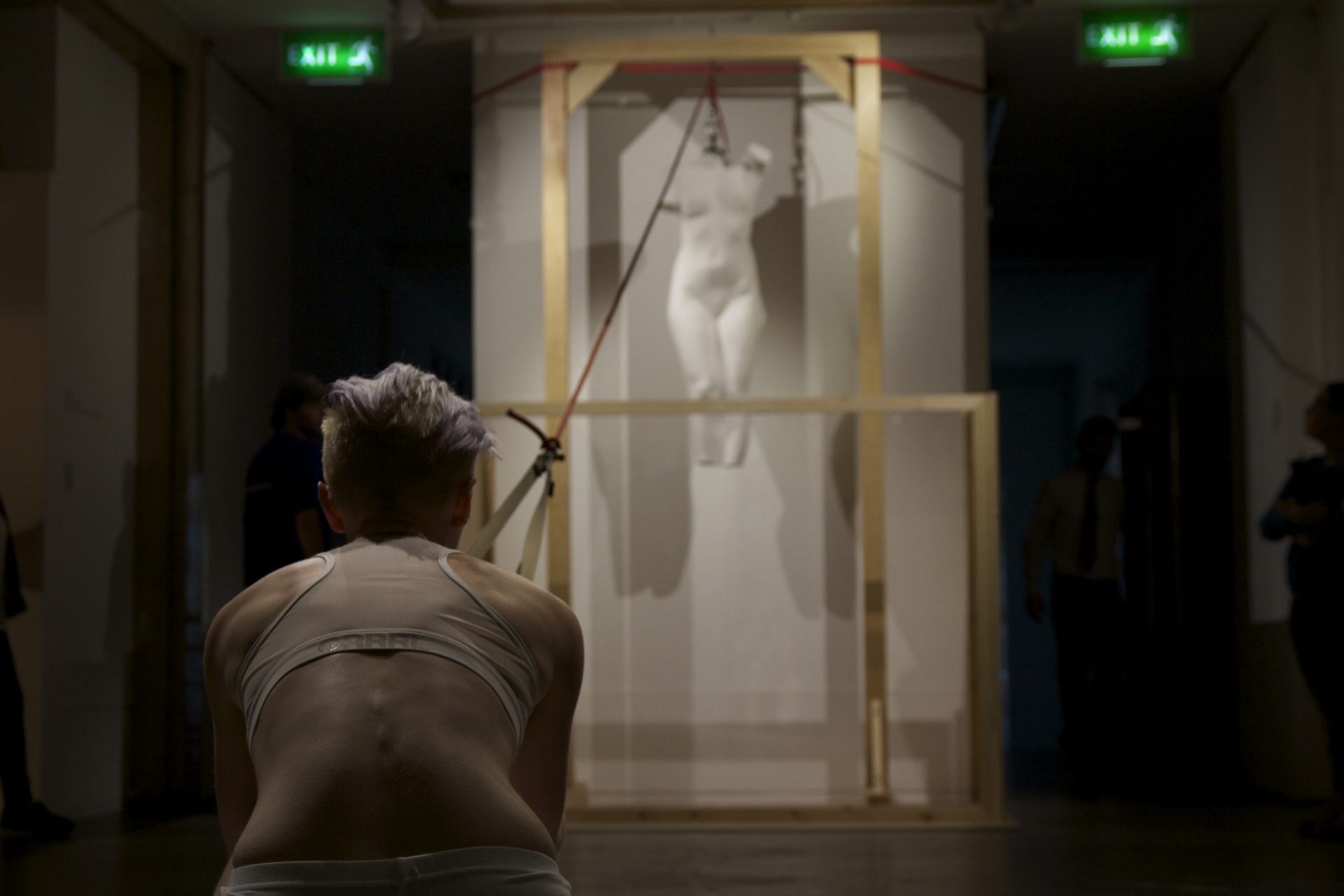 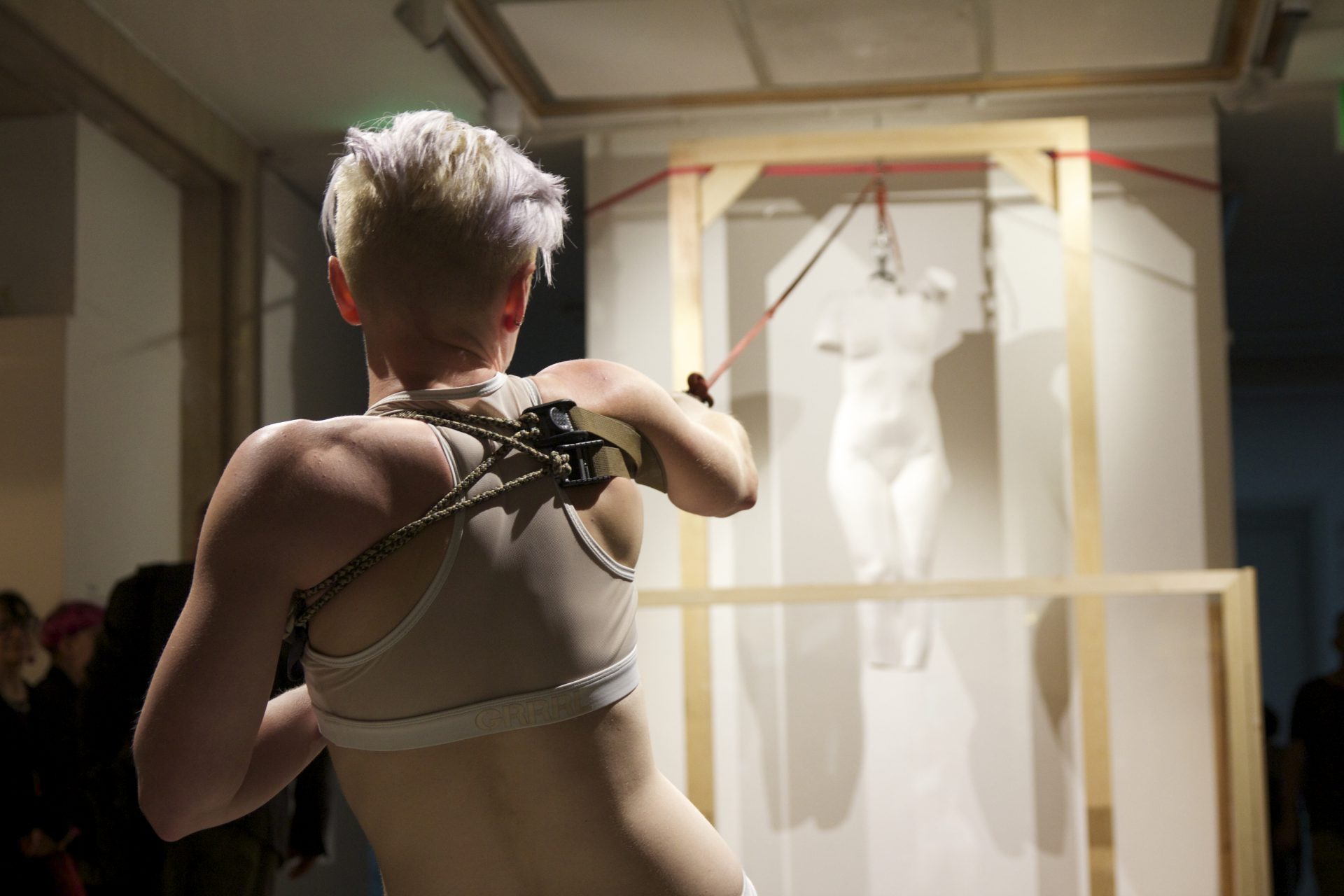 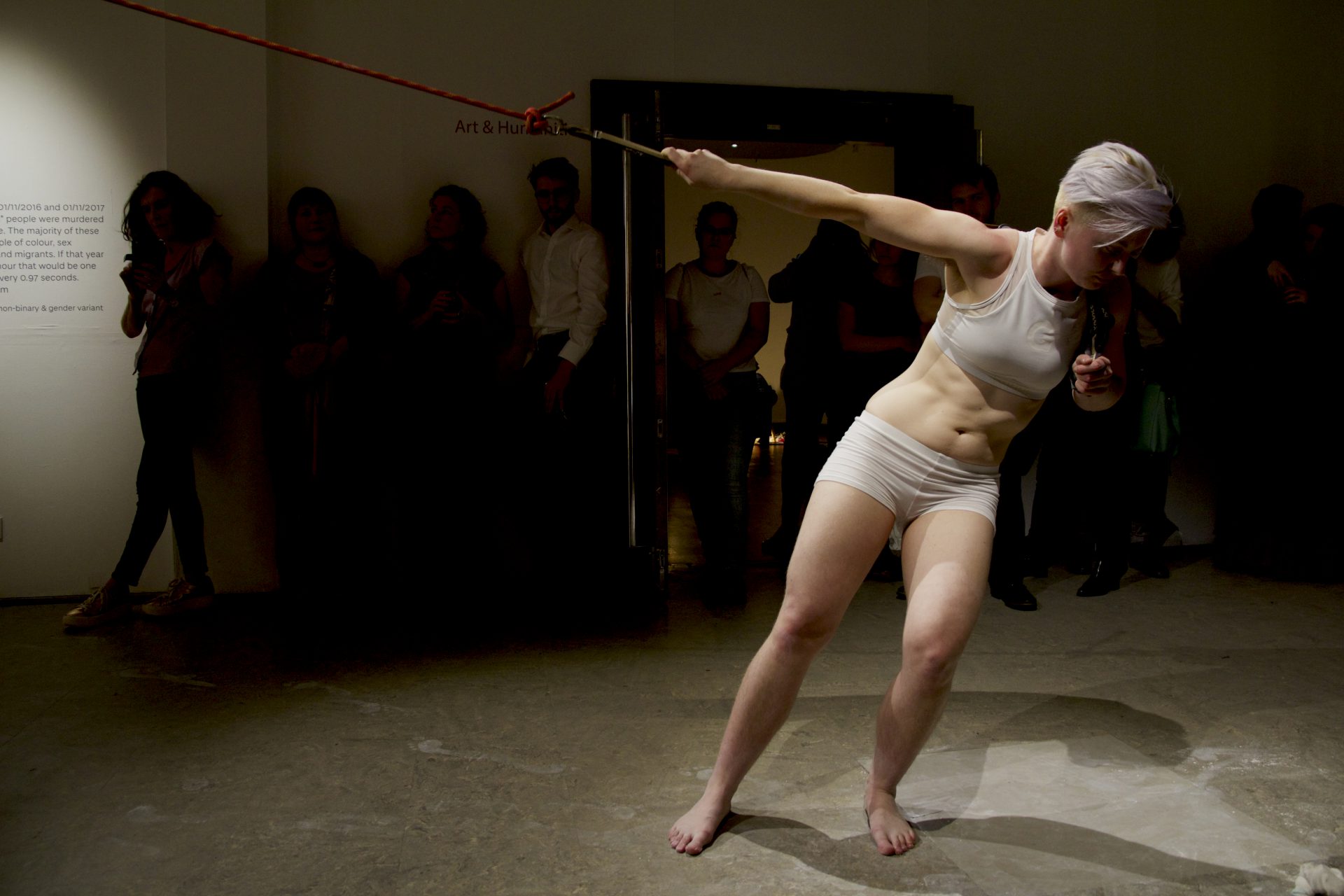 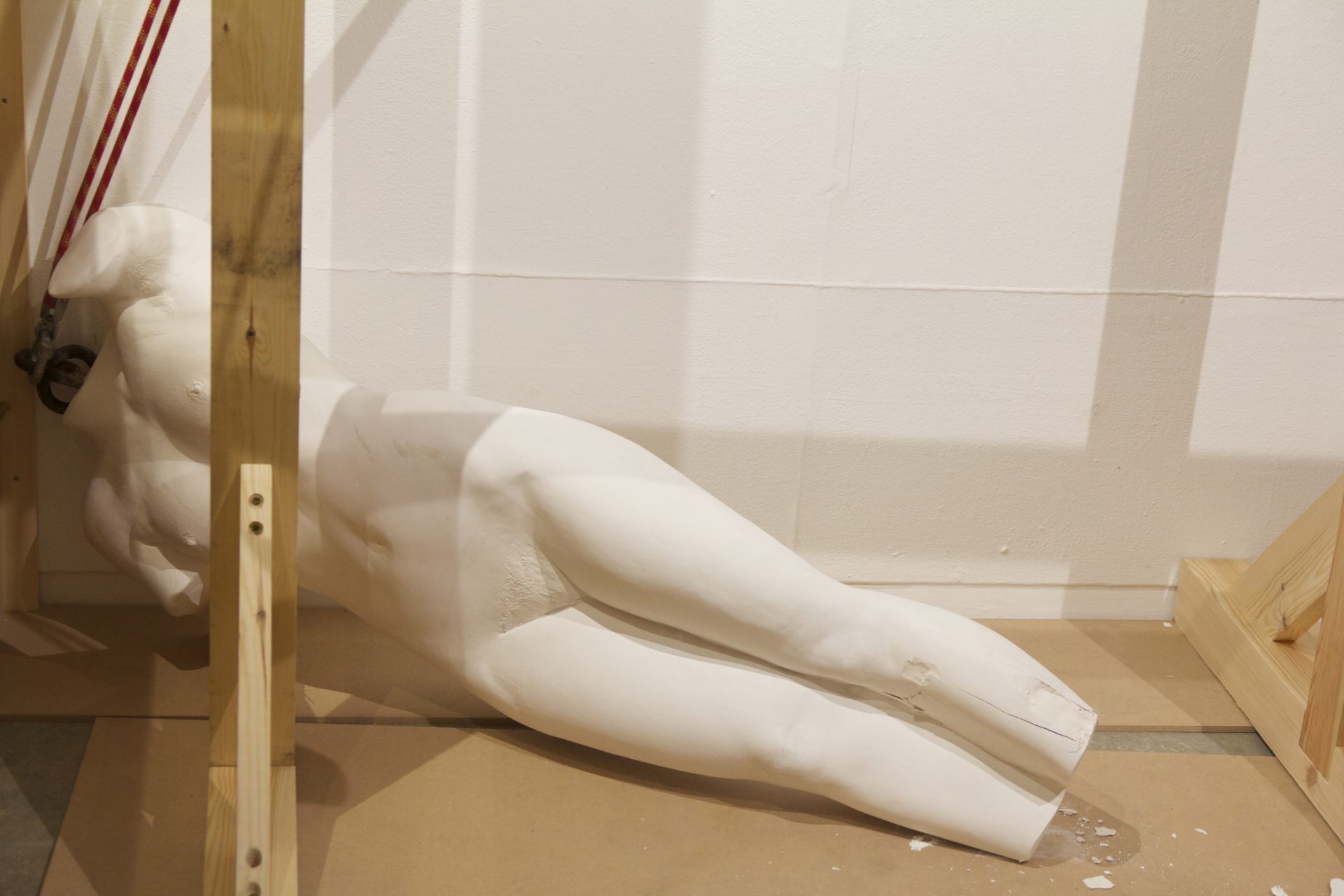 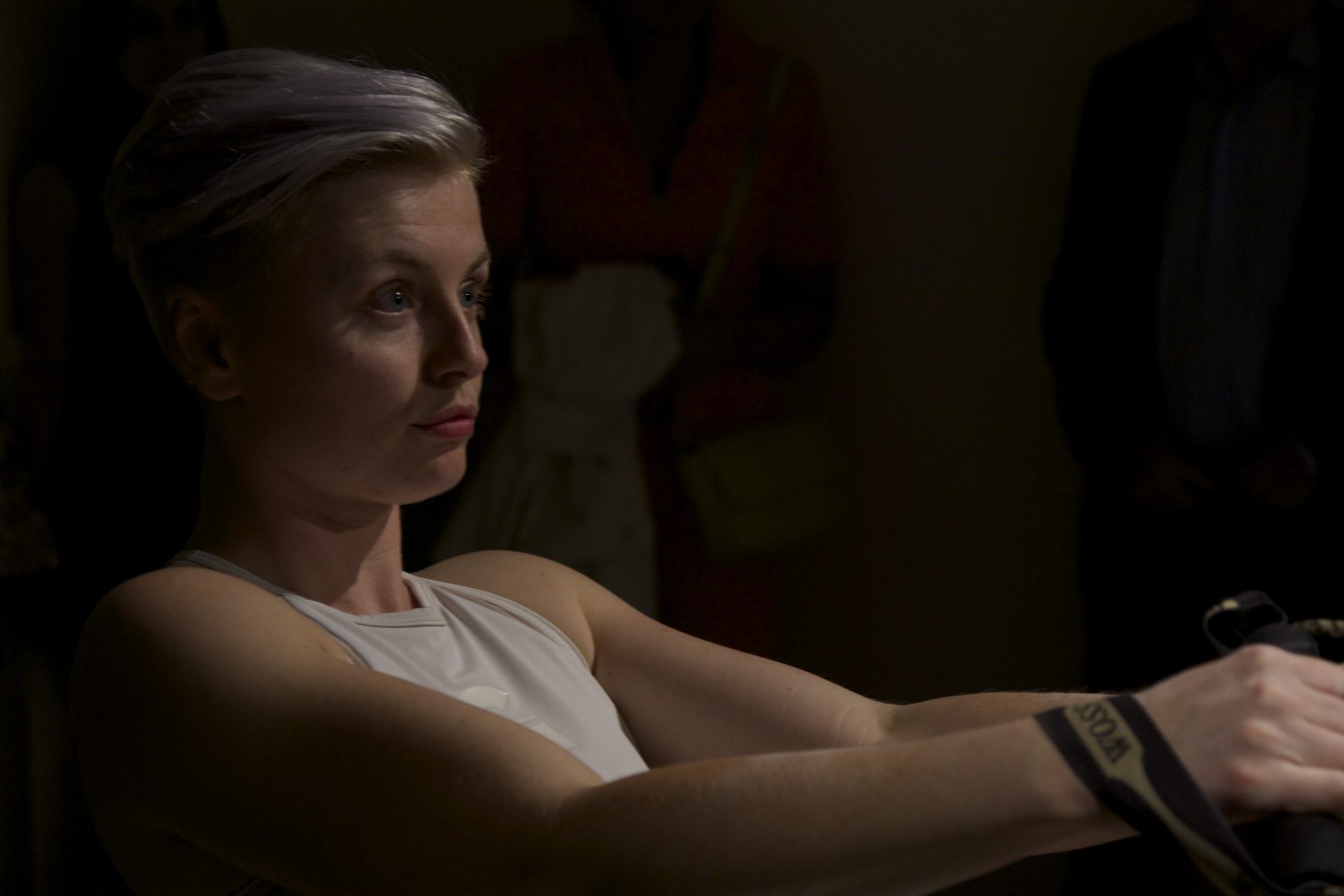 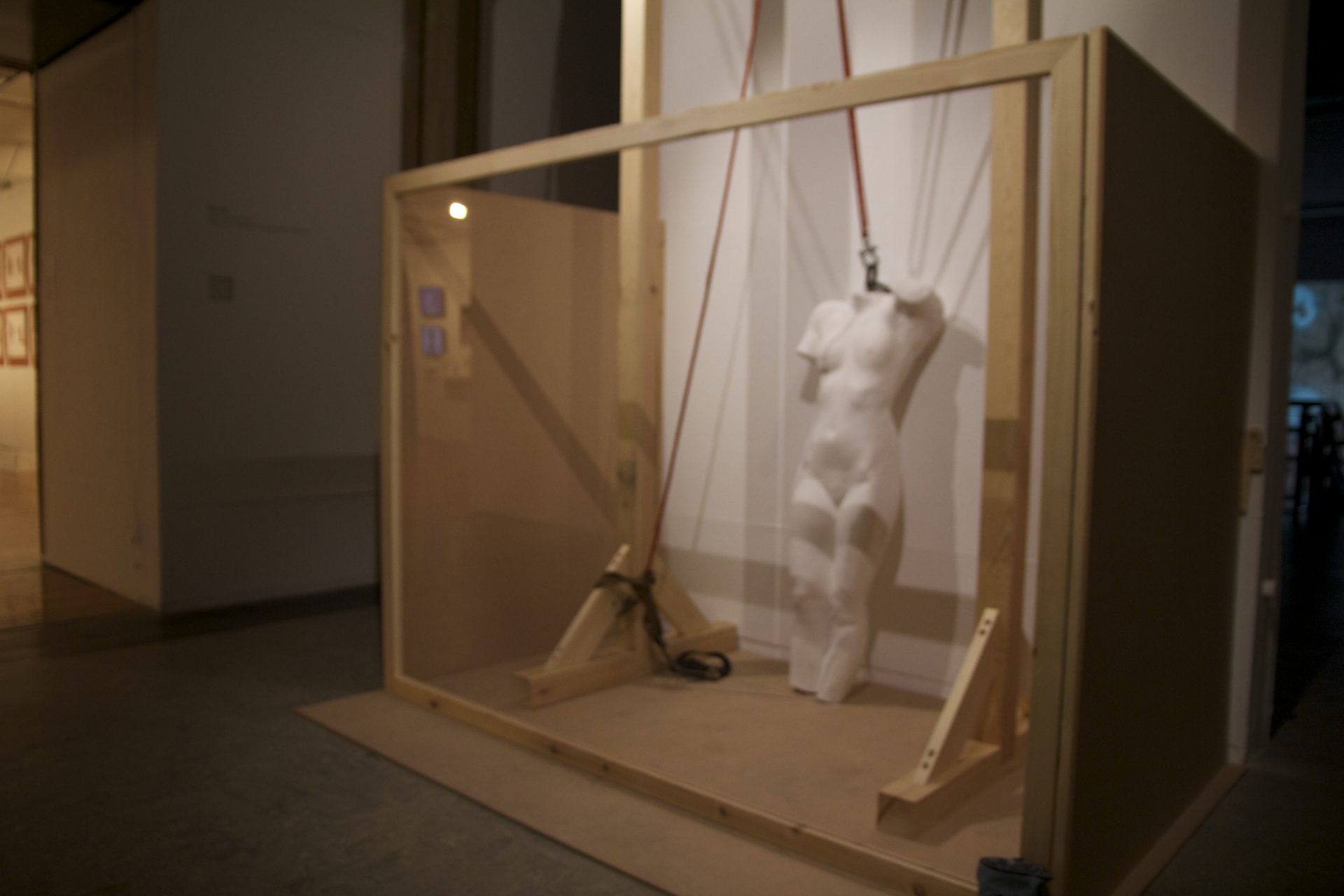 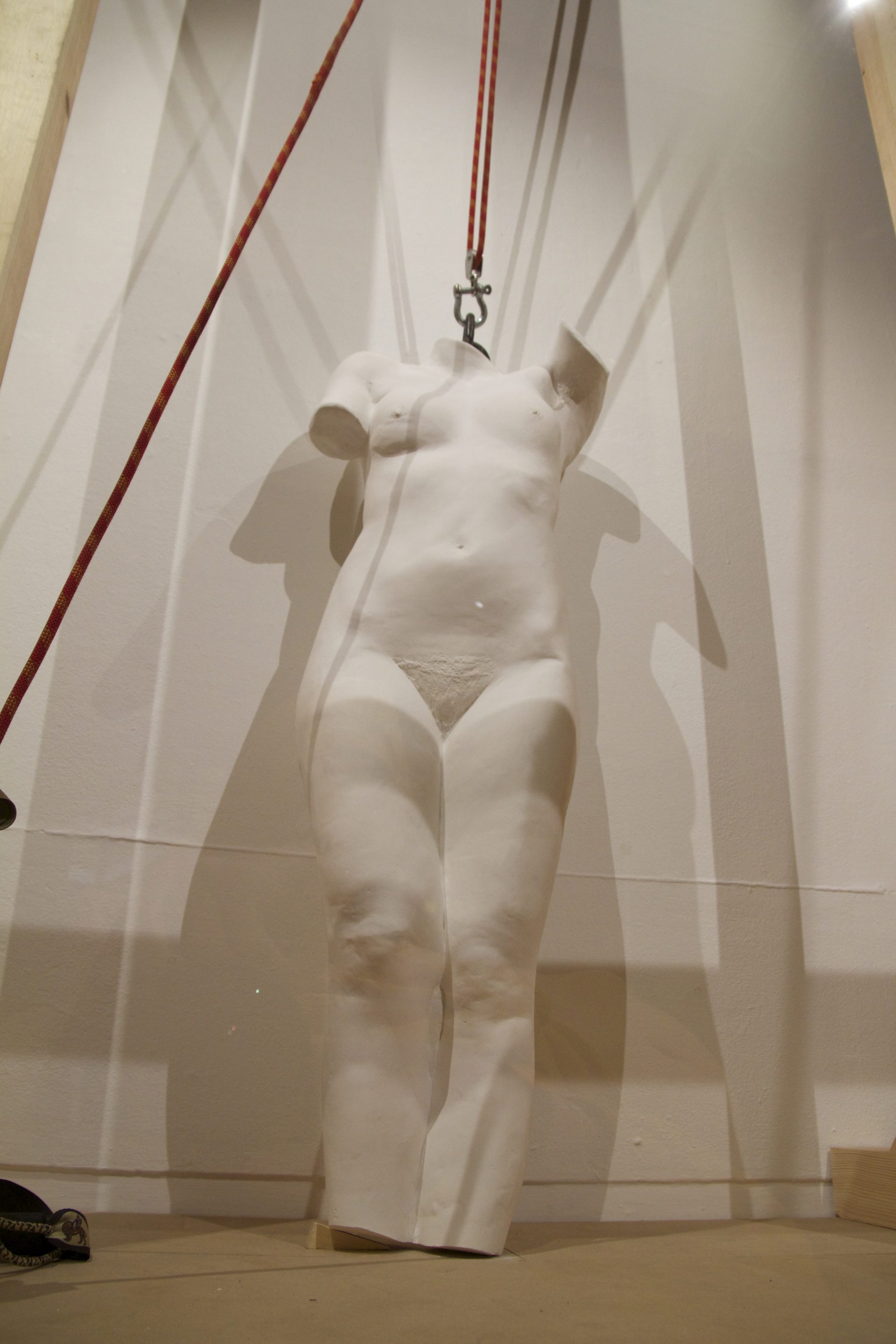 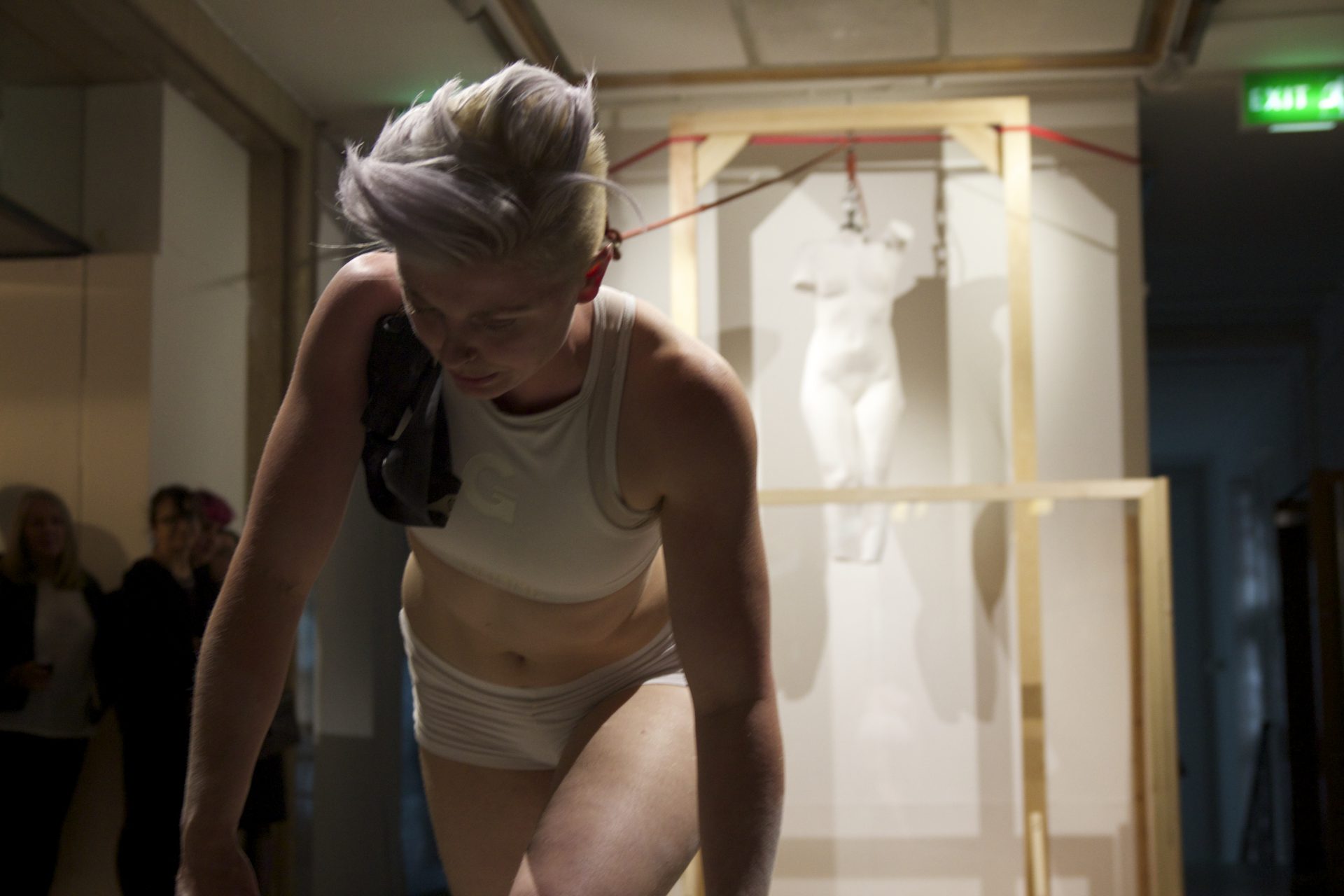 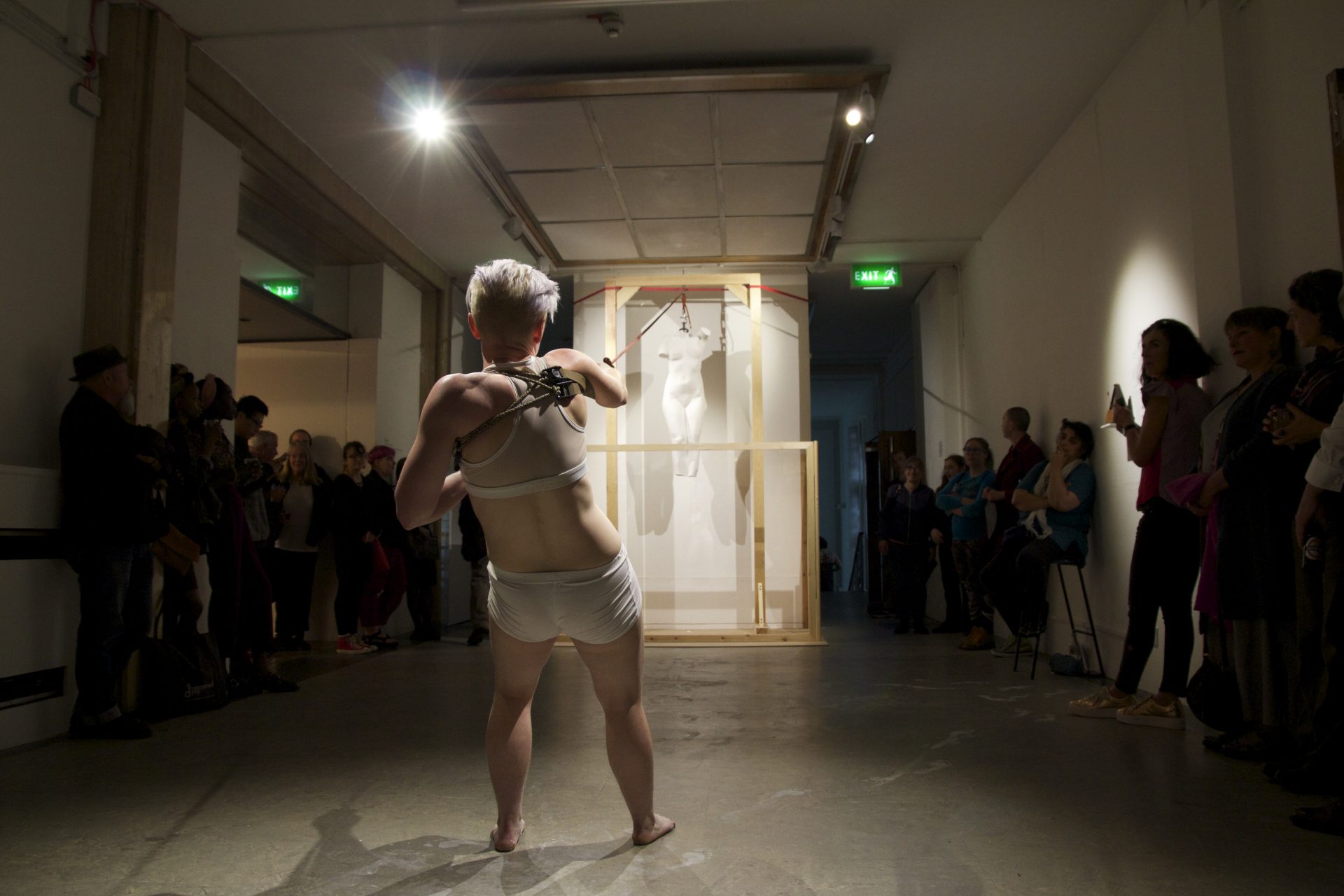 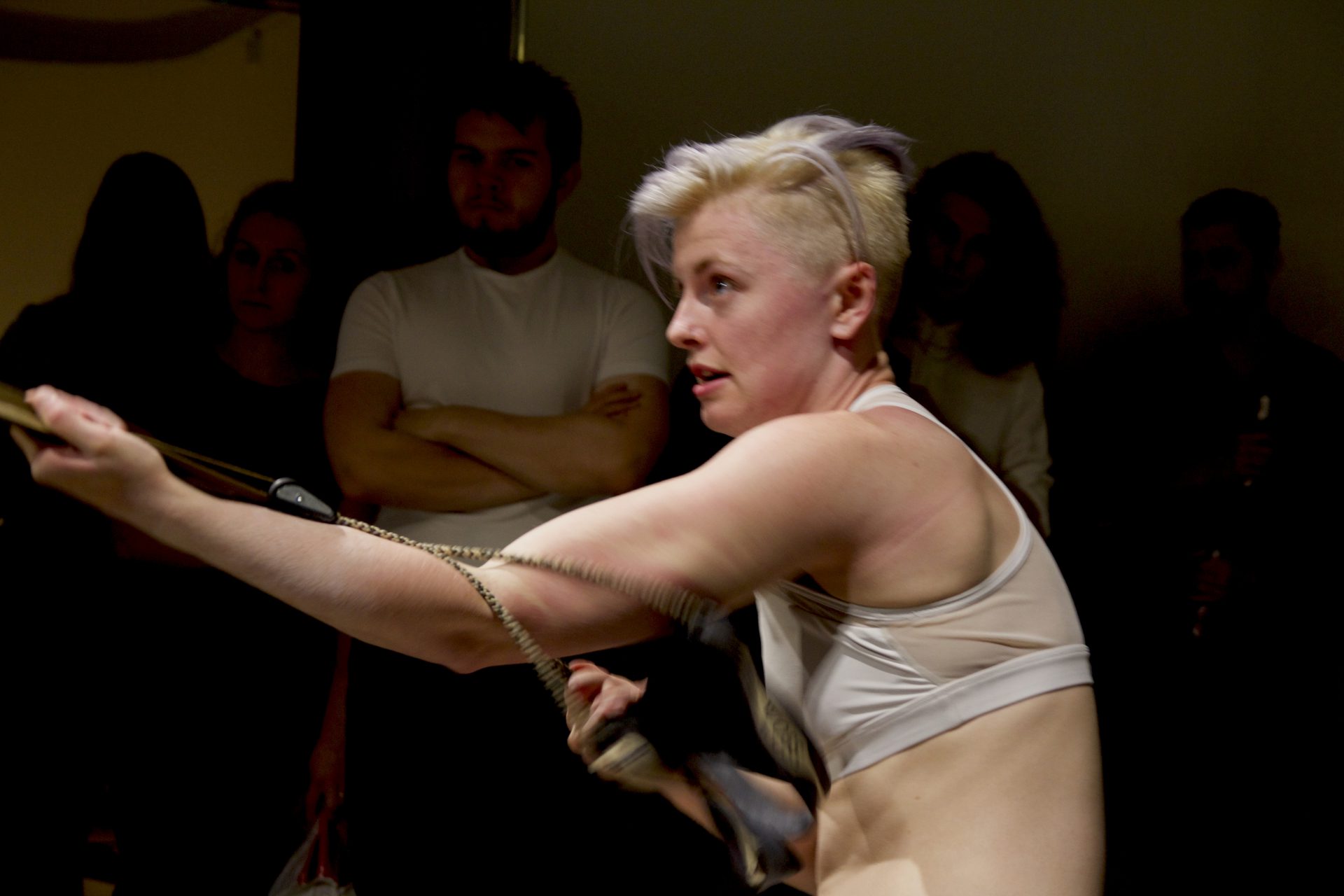 Gender variance has existed since the beginning of human history but the validity of people’s bodies and gender are still under question by many. Legal recognition, access to healthcare, housing, and employment are still being negotiated for the majority of the trans and intersex community. In this work I explored the nuance of choice in coming out as non-binary. I began by taking a cast of my body and sculpted it in plaster. I then completed a six-month body build to simultaneously embody a more traditionally masculine aesthetic and provide myself the strength to complete The Fall. I held the sculpture up from gallows for as long as I was physically able; the performance lasted sixteen minutes. I wanted the audience to engage in my choice to drop the sculpture which ultimately represented society’s expectations on my body as well as my former self. Did I drop the sculpture because I needed to? Or because I wanted to? And what other factors interplay into that decision? The threat of violence and social marginalisation, for example. Considering how I made my choice, how did my coming out story compare to the previous generation? And how will it differ from the next?

The Fall, 2019Performance Art
http://www.callenmckeon.com callenmckeonartist
PreviousWhere do we find beauty?
NextWhat is the nature of unconditional love?