What does it mean to be human? 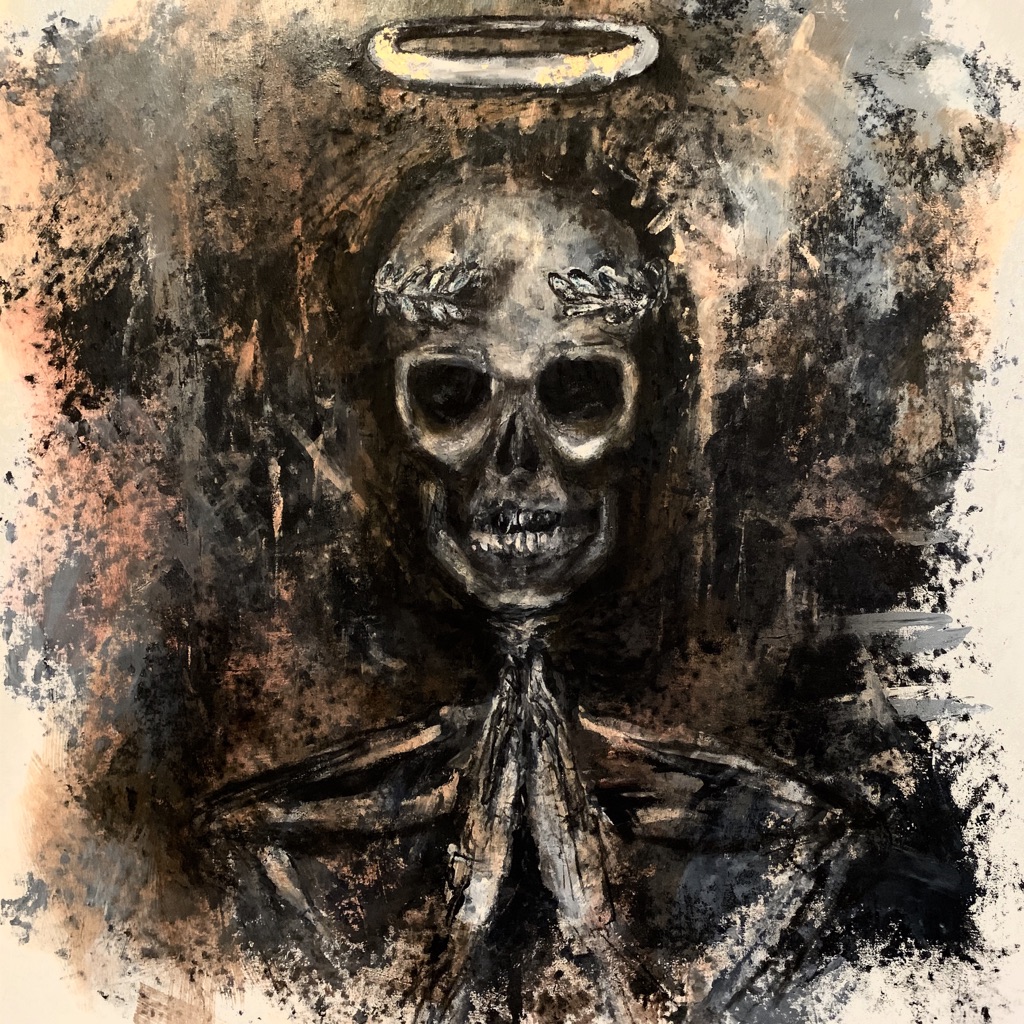 My piece explores the human desire for intellectualism, spiritual enlightenment, belief in higher powers, and facing us with our mortality.
I represented this through the praying stance, halo above, laurel wreath, and the skeletal form.

The development of democracy in the roman empire influenced our current working political model, thus inspiring the western European world as depicted by the wreath on the skull. The halo represents the ideological belief that we can attain to something bigger than ourselves in the afterlife. The praying hands represent the moral compass that we aspire to, giving a physical motion to the profoundly spiritual sensation that is faith.

The connection that is depicted is open to interpretation on an individual level. However, the reality of the skeleton is undeniable. It is the purest form of our existence. It is the fact that at some point, it all must end.

In conclusion, my process was an experimental fingerpainting in a limited colour pallet to emphasise the human connection with our own ideological beliefs. Fingerpainting itself has been our human means of communication since the palaeolithic era, and I felt this was the right medium and method to convey the message in my piece.

All That We Are, All That We Were, 2020Mixed Media Finger Painting
jtamler
PreviousHave you killed someone… without even knowing it?
NextIf a polar bear’s habitat is destroyed because we drive diesel cars, is it really my problem? Or should future generations deal with it?