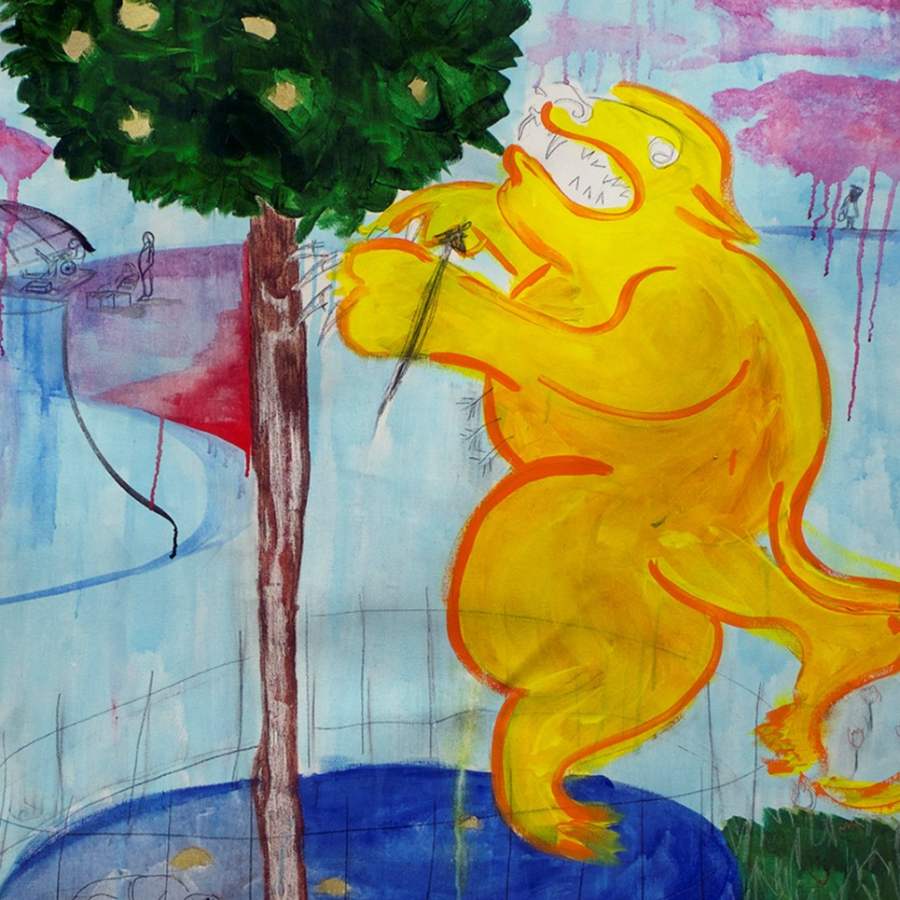 Previous entryDoes our creator care about us, or are we a happy accident?
Next entryWhen will we stop worshipping fast food?
July 12, 2019

What are we up against? 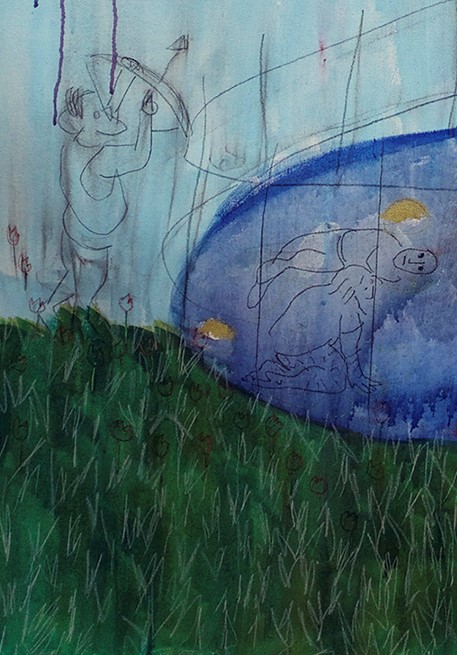 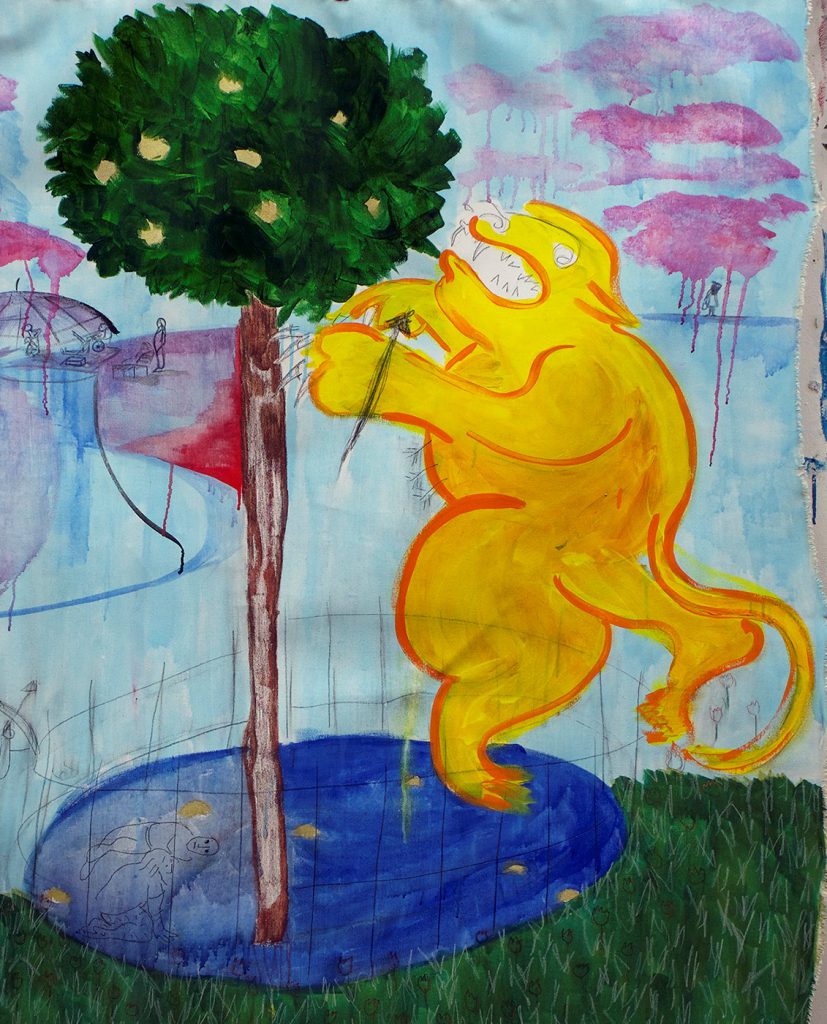 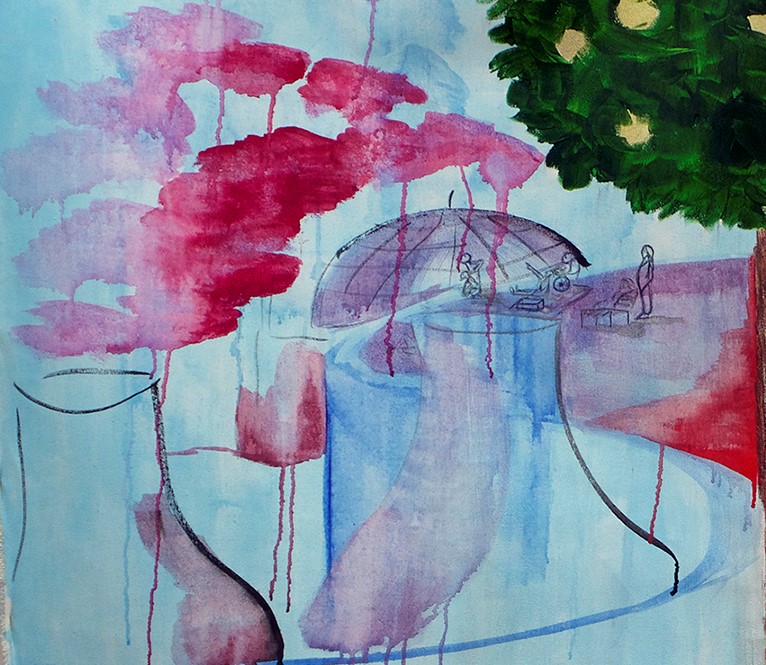 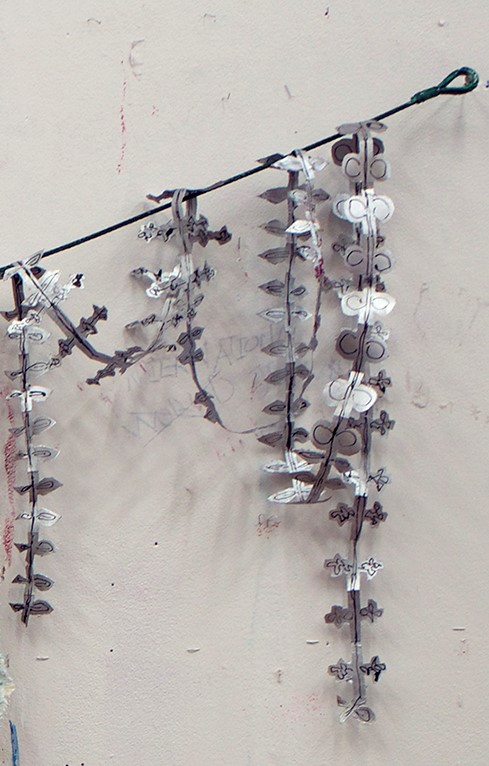 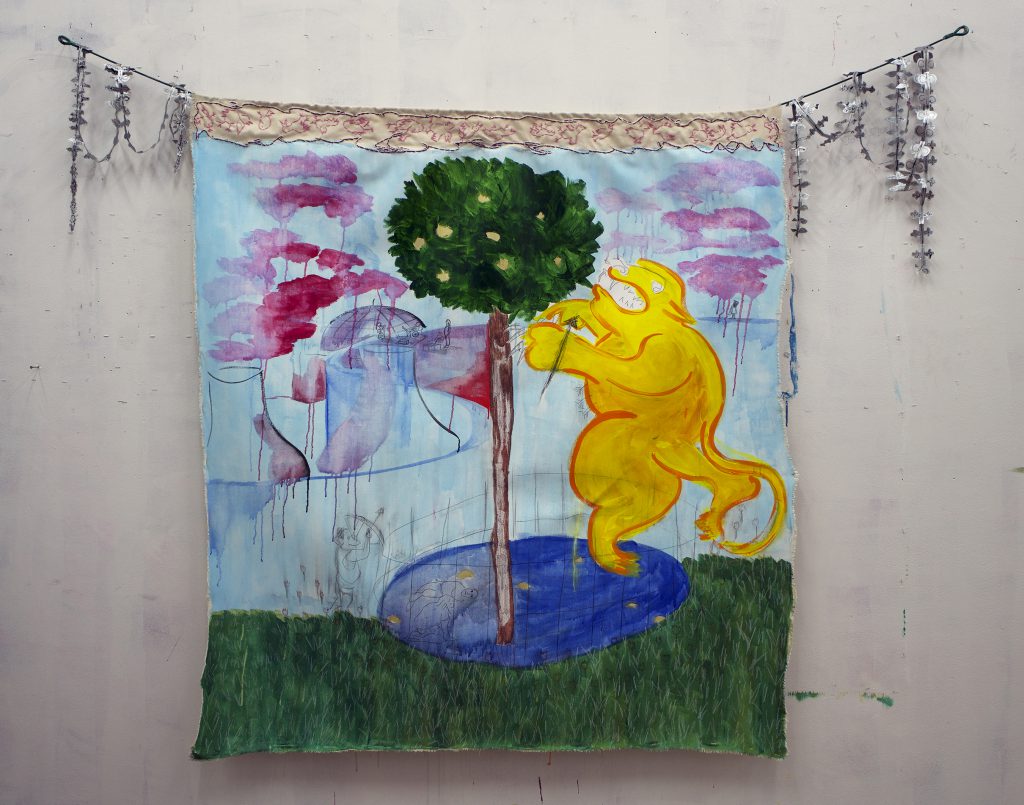 I wanted to look into the current sociopolitical feeling of struggle and oppression. The foreground of the painting depicts three characters (one of them a reference to an internet meme) in battle with a mythical lion-creature. Behind them, in the background, pink and red clouds rise from cooling towers of factories, while a small group of people watches. They are all framed by and embroidered frieze of a wounded bird, and hanged on a green wire with silver paper garlands. The framing balances aesthetic pleasure with humor and violence, while the painting’s content mythologizes war and its spectators. We live in tumultuous times, and I feel that one of the ways to comments on political issues will have to make use of humor and aesthetics that are pleasant to the eye and call back to historical aesthetics, but not so much that they become an unattainable fetish of wealth. My work, even though influenced by rich aesthetics, is still made to be taken off the wall, rolled up and taken by hand, when necessary.

https://shircohen.portfoliobox.io/
Share
Read More
Next entryWhen will we stop worshipping fast food?
Previous entryDoes our creator care about us, or are we a happy accident?