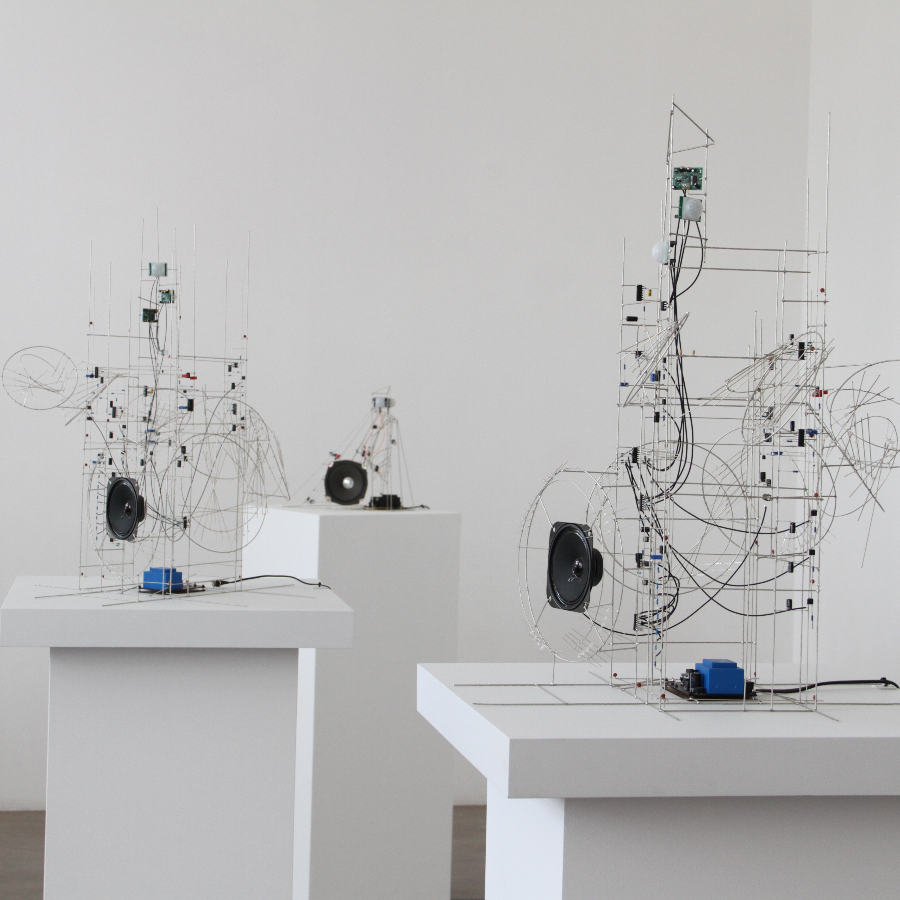 Previous entryIs figurative painting a nostalgic act?
Next entryCan you resist the desire to touch?
July 15, 2019

What are our behavioral instincts while encountering alien technology? 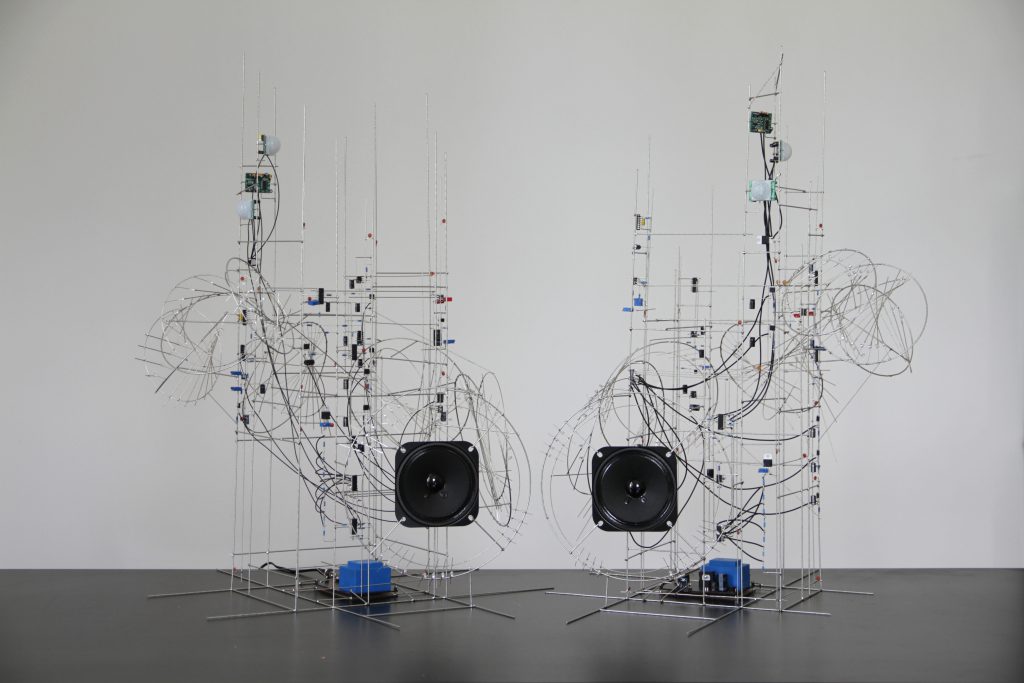 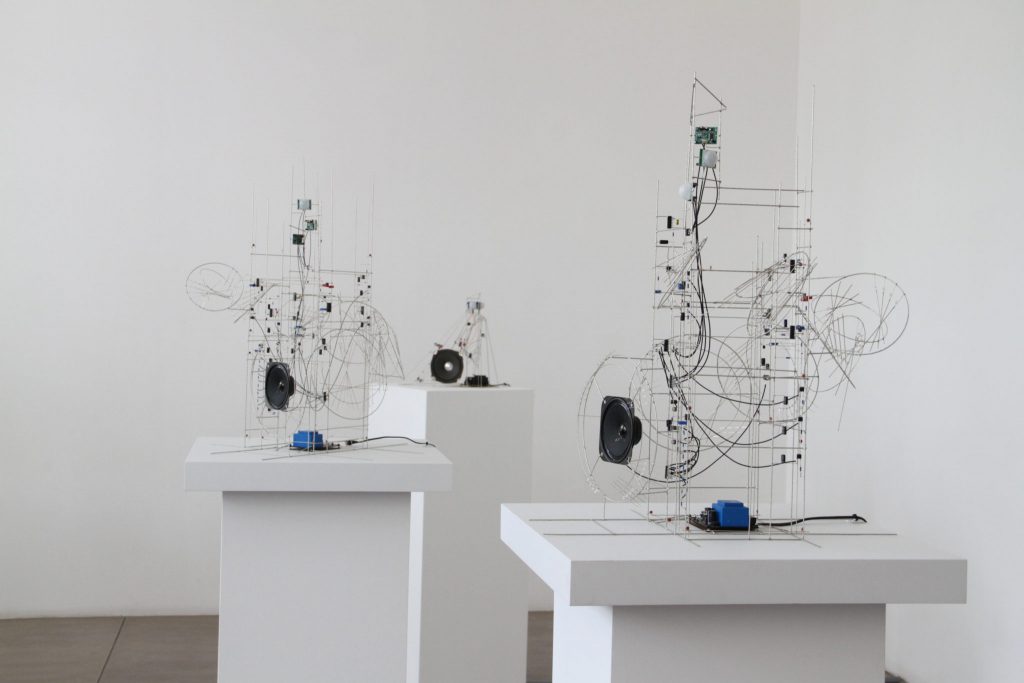 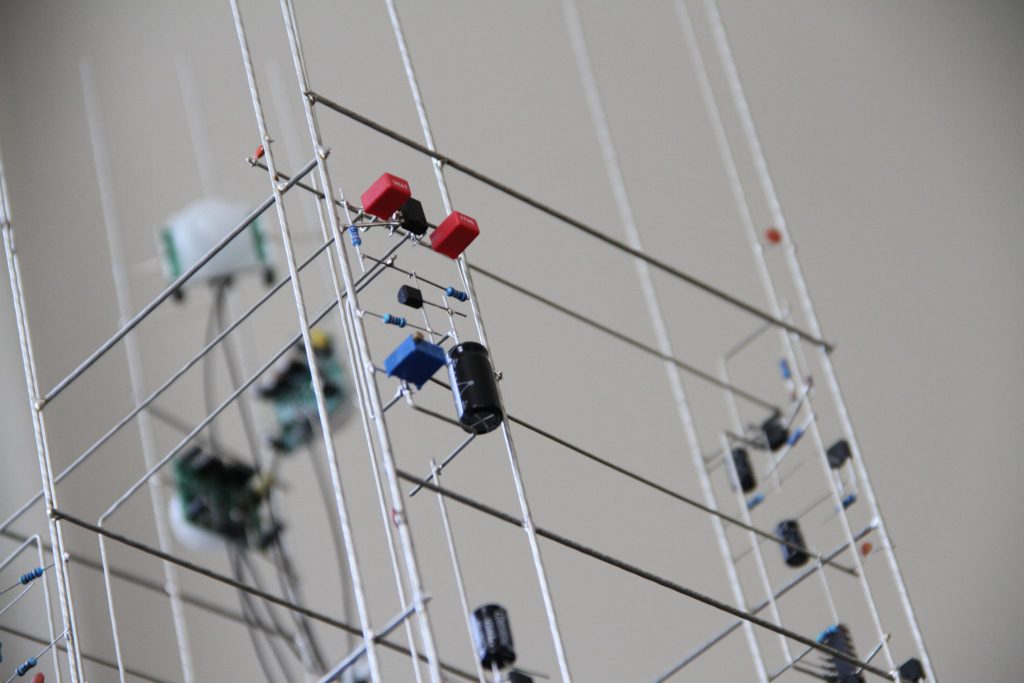 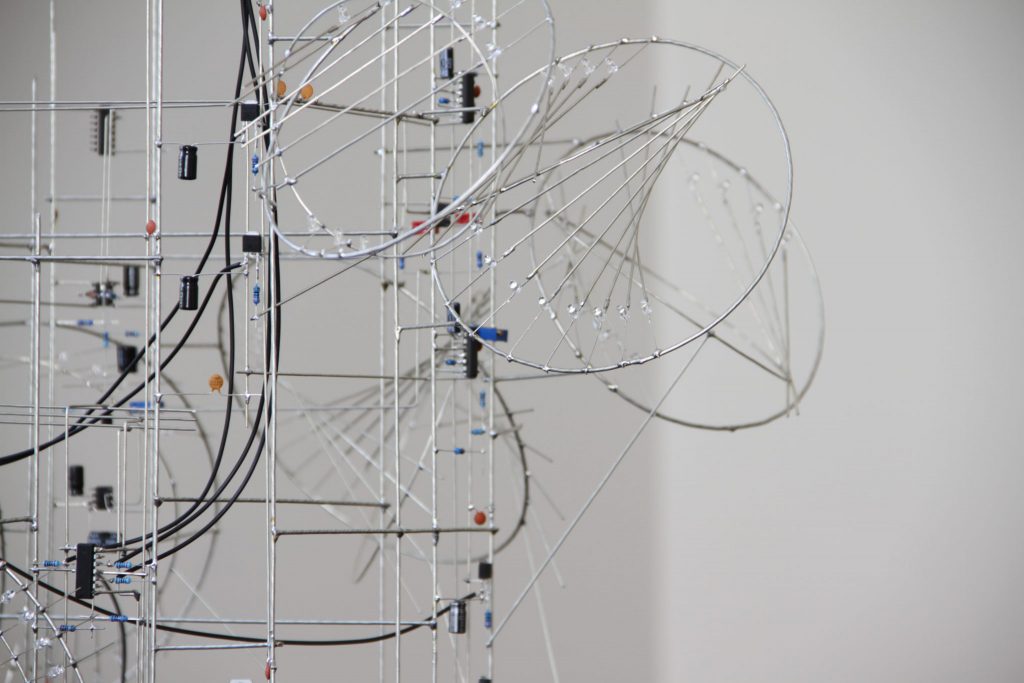 Our experience with modern user interfaces is almost in all cases built around having tactile interaction being answered by consise visual and auditive clues reassuring us that our communicative attempt went through to the recipient unscathed. What if we were to encounter technology void of all established forms of modern interaction?

This work – a series of interactive sound and light sculptures – aims to encourage the audience to participate in an explorational process in order to communicate with the work through an unfamiliar interface in an unfamiliar language. The goal of the exploration process is for the audience to find out to what extent the communicative abilities of the sculptures match their own effort to attempt a dialog, with the process itself resulting in a real-time composition and choreography unique to each audience member as they approach the linguistic challenge from different angles.