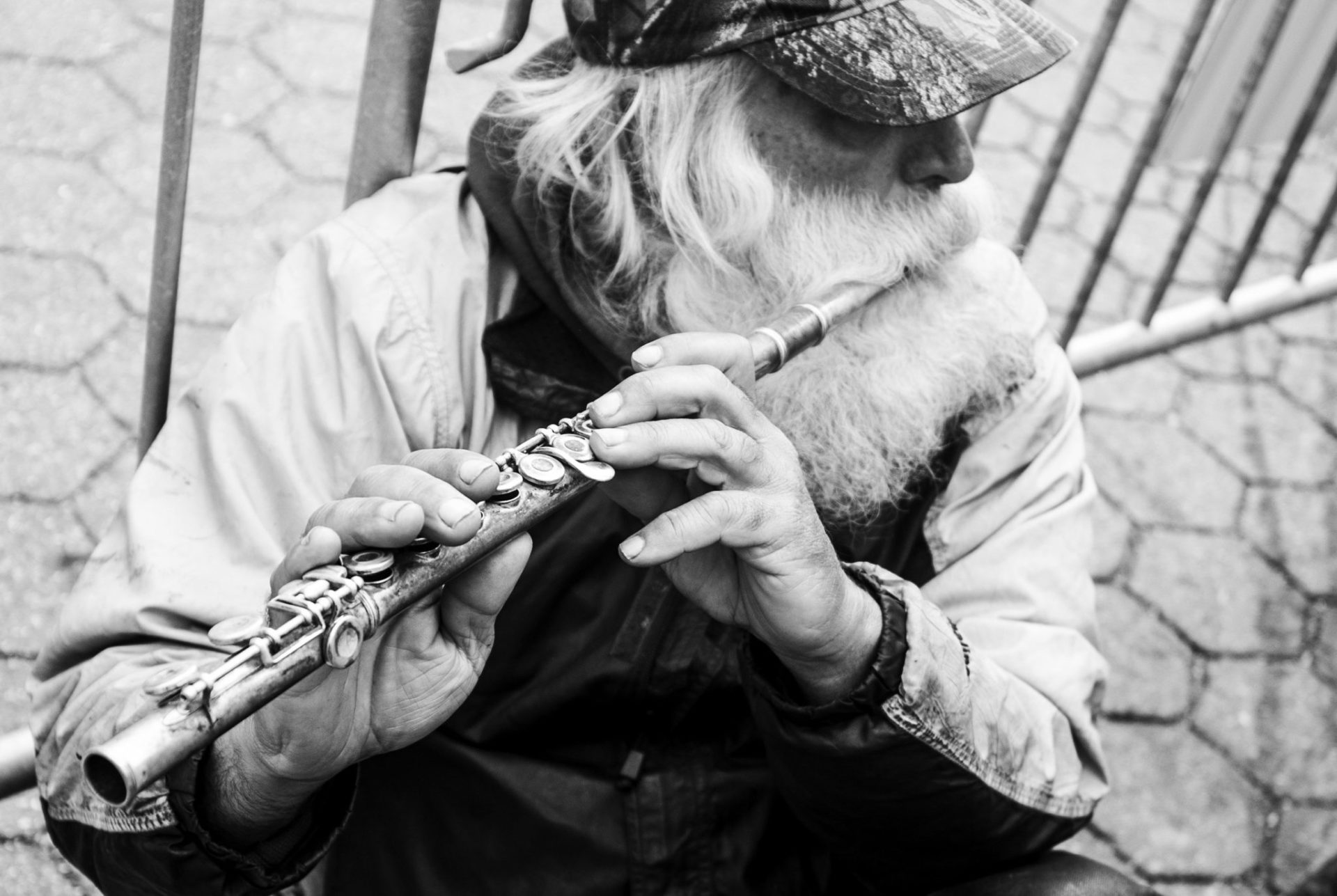 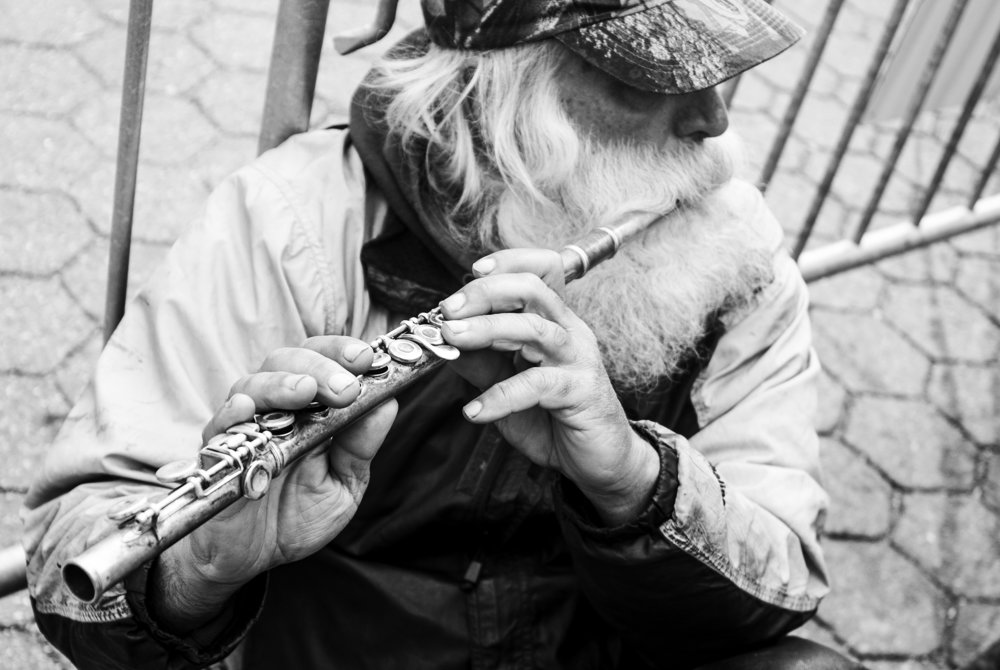 I took this photograph of a homeless man on a school trip to New York. He was sitting outside an iconic symbol of the ‘American dream’ and ‘freedom’ – the Statue of Liberty. I found this Ironic/ contrasting because the American dream was at the very peak of its time when he was younger, but he is the antithesis of everything it presents. With ‘hard work’ you will make it, whereas he was a former US army veteran and now ‘down and out’.

I was drawn to the fact his worn down hands that are quite scruffy/rough, yet he’s playing a small, gentle & intricate instrument.

The photograph also reflects to me many of Americas current social problems. The rate of unemployed/ homeless army Veterans, the rate of homelessness in general. How its almost become impossible to be a middle-class person and still afford to live in NYC, how poverty ridden certain areas have become (Brooklyn, the Bronx etc.)

I deliberately cropped so his face is not visible, not exploiting him as a homeless man for ‘art’