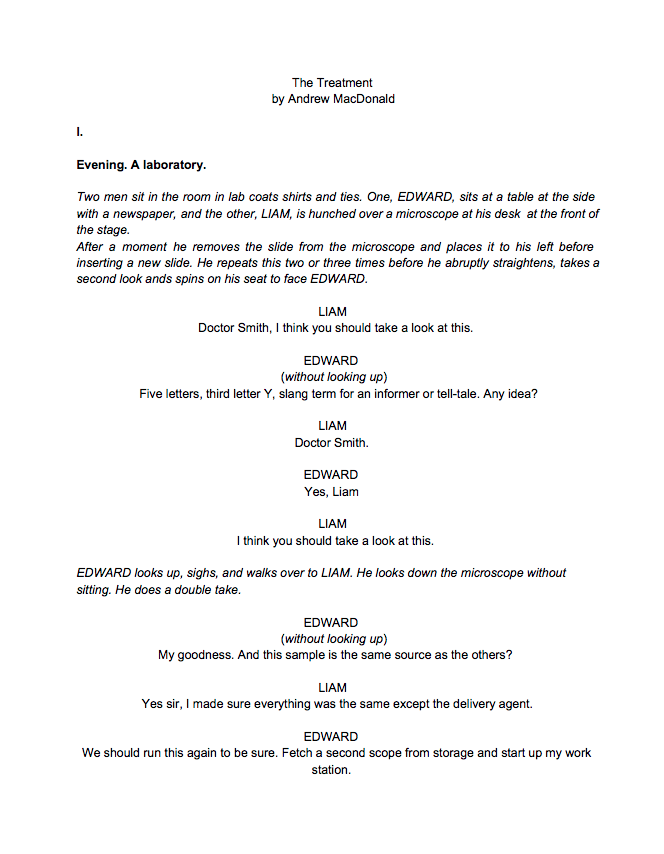 My entry is a short play in 6 parts. I intend it to be a warning about that possible future where the rich gain power over science through their exclusive ability to fund research and pay for expensive treatment. In it, one scientist develops a miraculous new form of medical treatment but it is quickly hijacked by his corporate sponsors into becoming a money making tool that excludes the poor by simply being too expensive for any but the financial elite to afford. During the play he attempts to convince his colleagues to extend the treatment to the NHS but he is rejected on the grounds that it isn’t economically possible. In the end his treatment is completely controlled by his corporate sponsors and goals for it are perverted into just another cog in their profit machine.  One of the things I’ve always loved about science is that the basic truths it unearths are universal and knowledge gained from it is freely shared for the betterment of all people. For me, the idea that in the world people are dying as a result of problems that we in the first world solved decades ago is frankly perverse. The fact that human beings are denied something as important as food or water over something as arbitrary as money flies in the face of everything I believe.