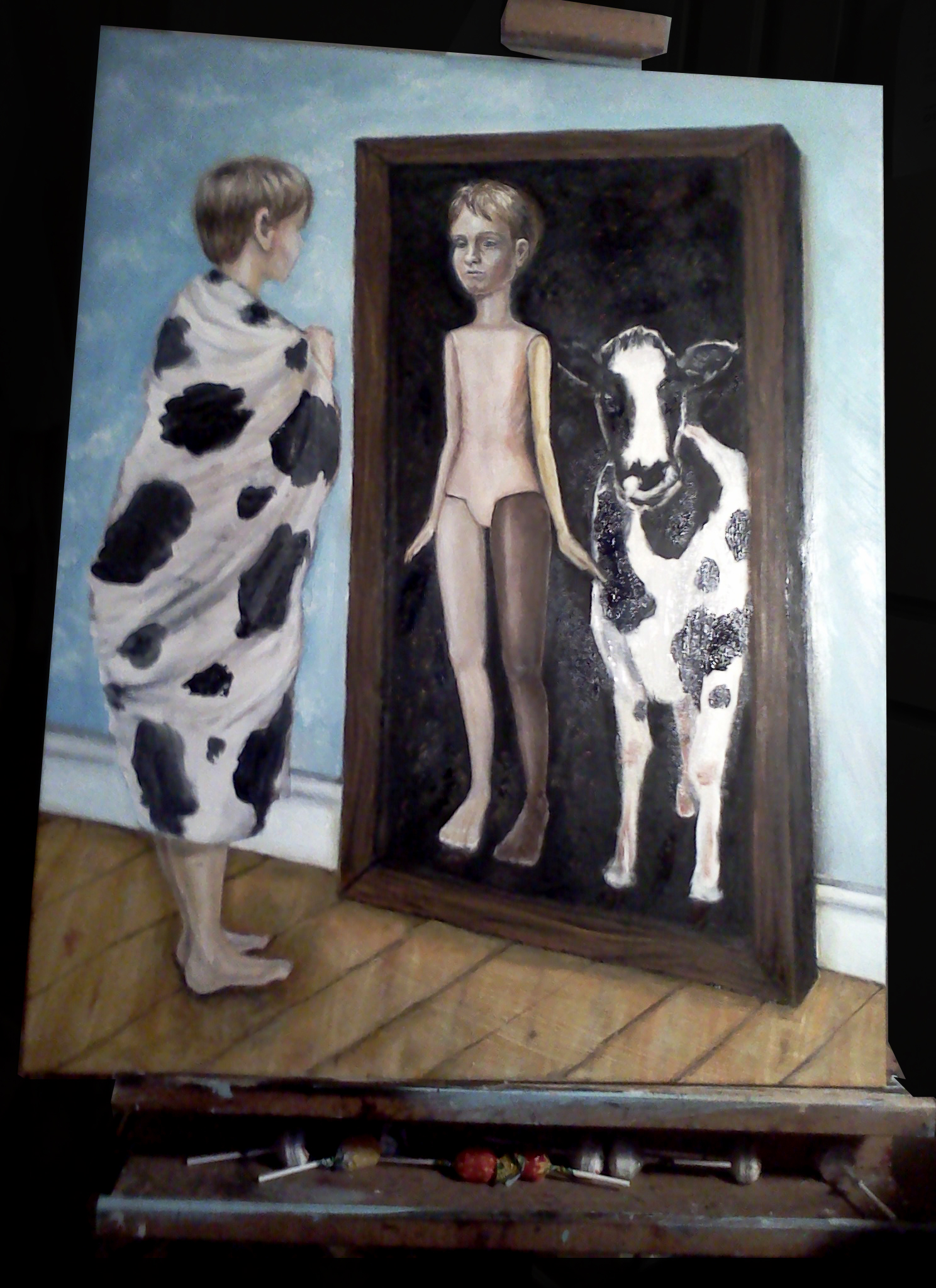 Previous entryThe Face of Poverty
Next entryStart With The Mirror
October 28, 2013

The Skin I Live In 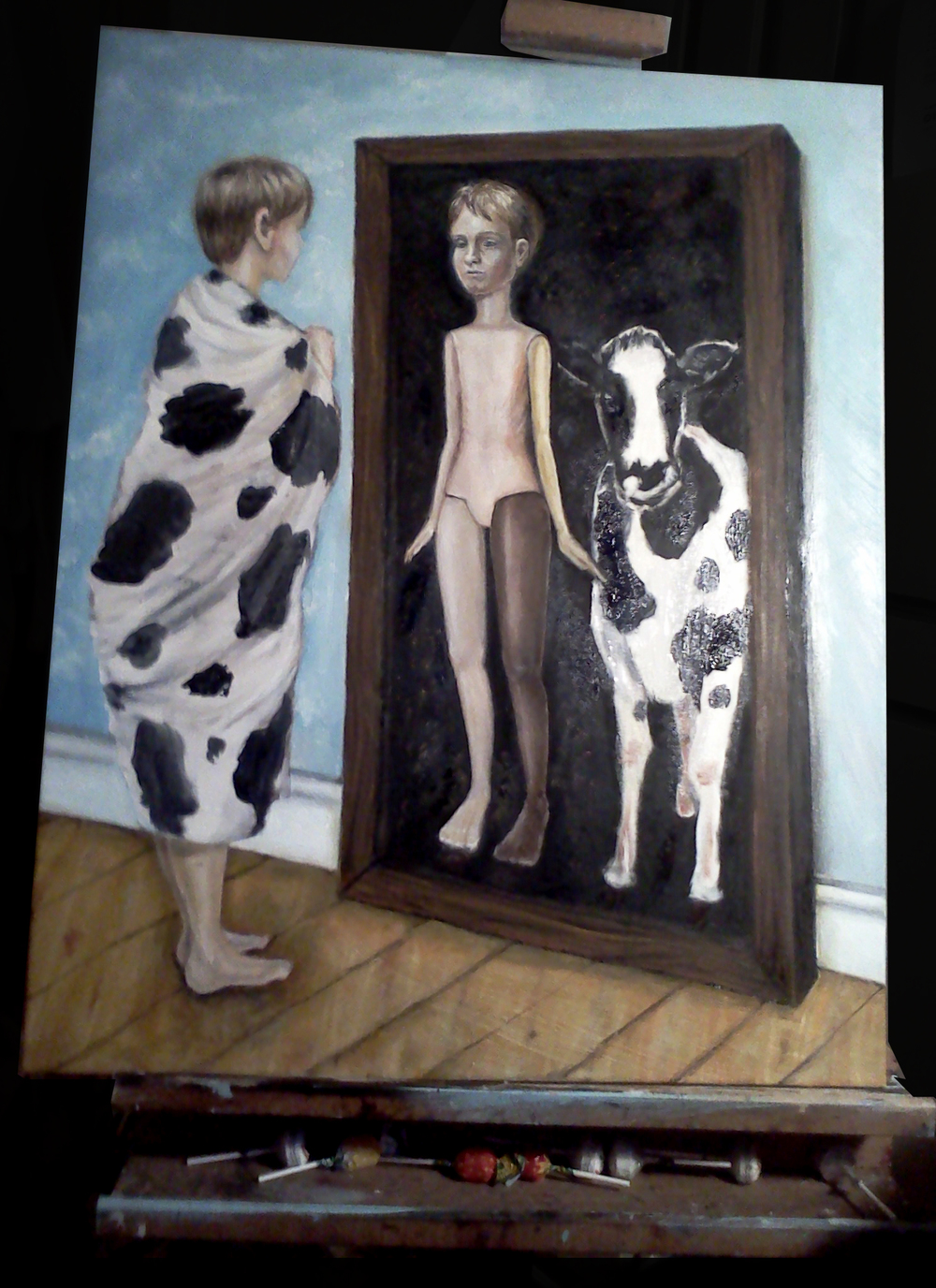 My entry is an oil painting depicting a kid looking at a mirror that isn’t actually (physically) reflecting reality; though philosophically it is doing nothing but that. The title– “The Skin I Live In” –references both its more obvious meaning (the colour of your skin; what you’re wearing) and the moral meaning that the skin you live in is the one in which you choose to be (which is based on our actions rather than our appearance, as appearances are nothing but what society trains us to think is normal). Reflection in both its physical and psychological meanings is expressed in my painting.

My painting focusses on human rights because that’s a big example of moral issue happening right now (most people don’t see animals lacking rights as a problem, as opposed to, say, racism, a case in which most people already have a basic notion that it should be unacceptable in today’s society). I have strong feelings and beliefs about animal rights, and I felt compelled to share them despite the warnings of everyone around me that ‘animal rights’ is a delicate issue to touch on. It is. (The same way, again using the example of racism, people got defensive about supporters of black people back in the time when prejudice against them was predominant.)  I knew I would have to be careful and to think of something that would make people reflect on the matter rather than automatically reject it and that was my challenge.