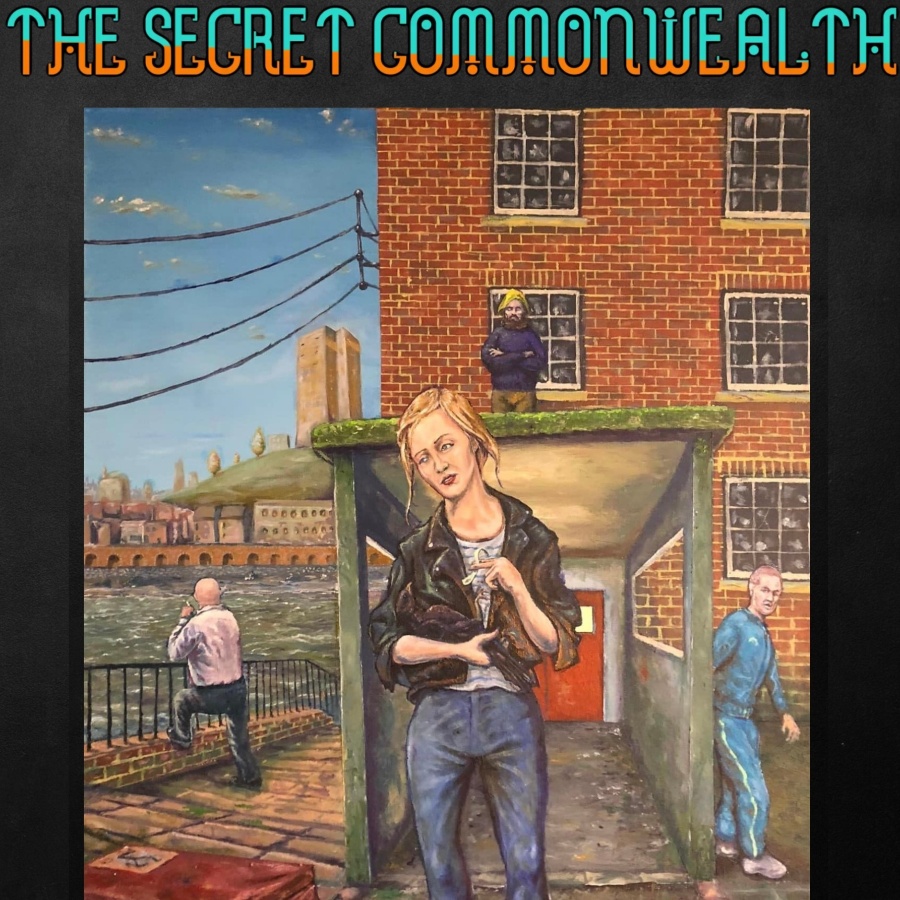 Previous entryHere and Hear Loch Ness
Next entryColours of My Mind
June 24, 2022 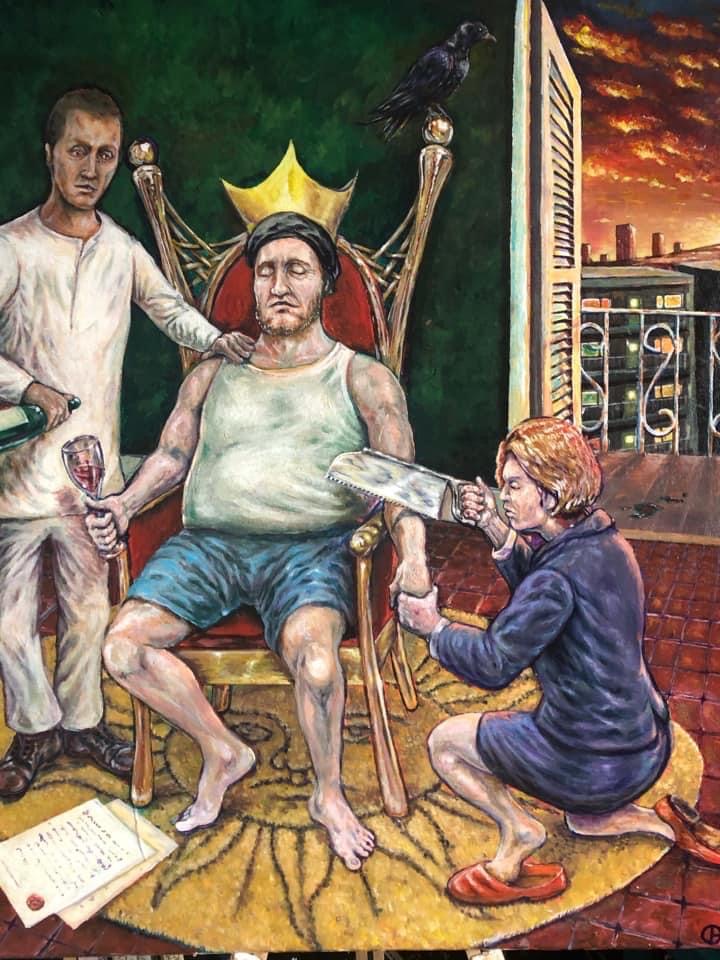 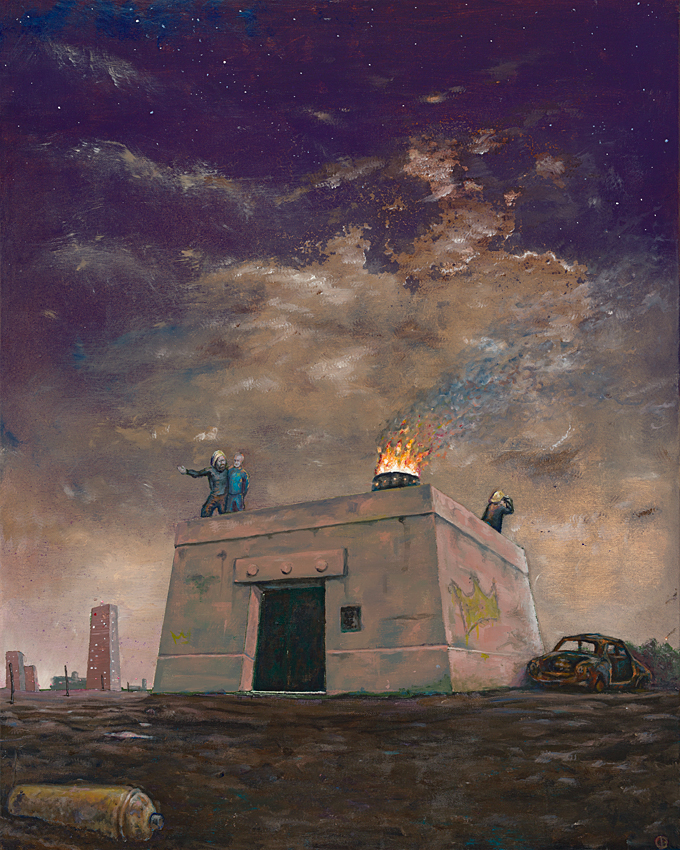 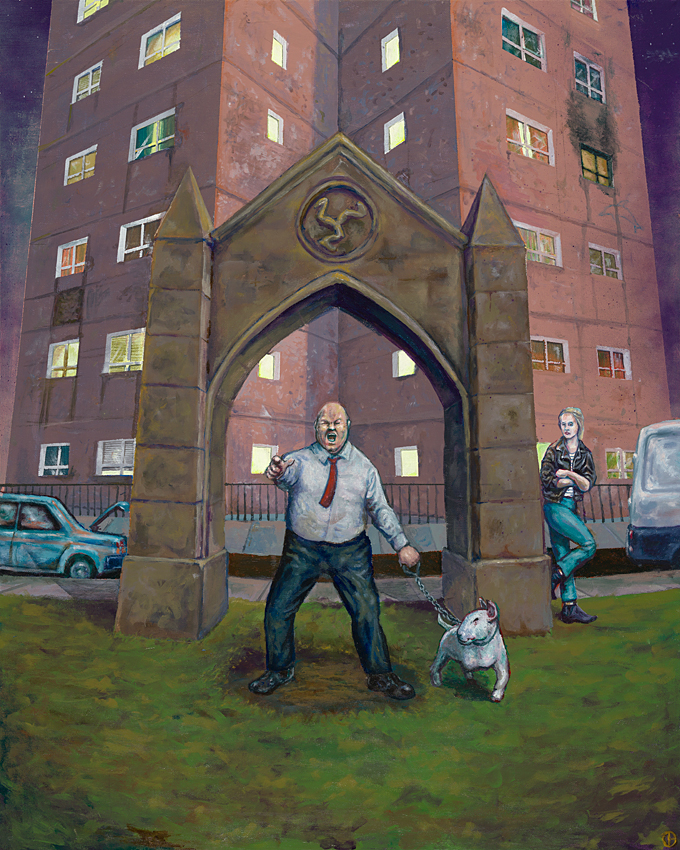 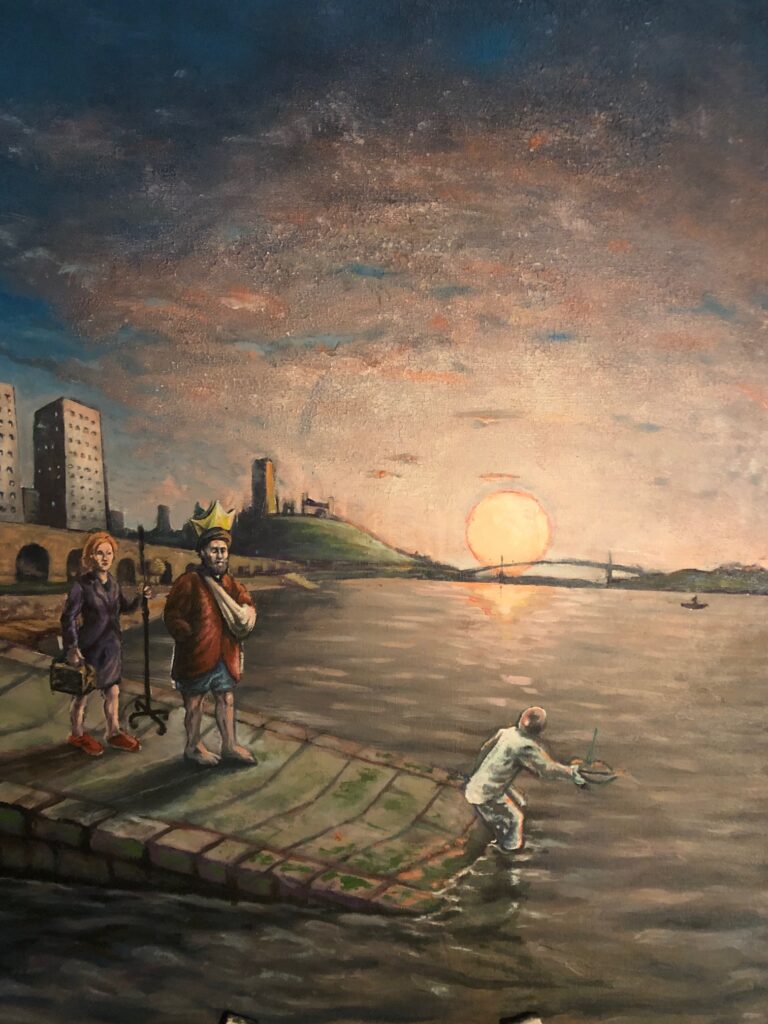 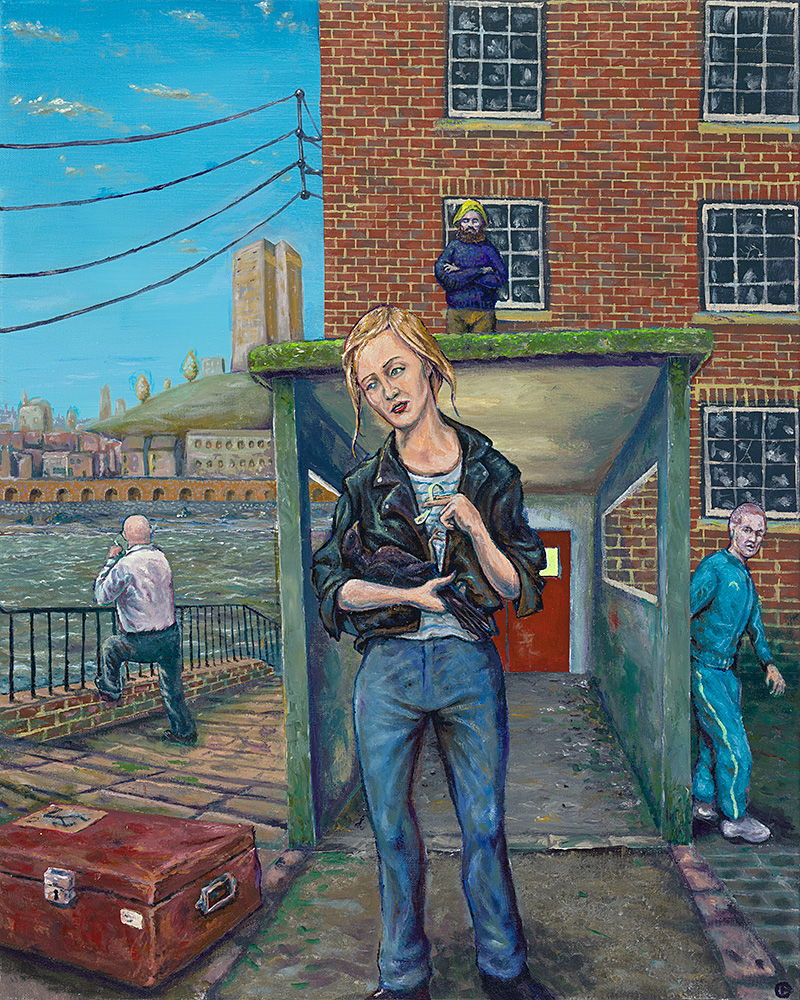 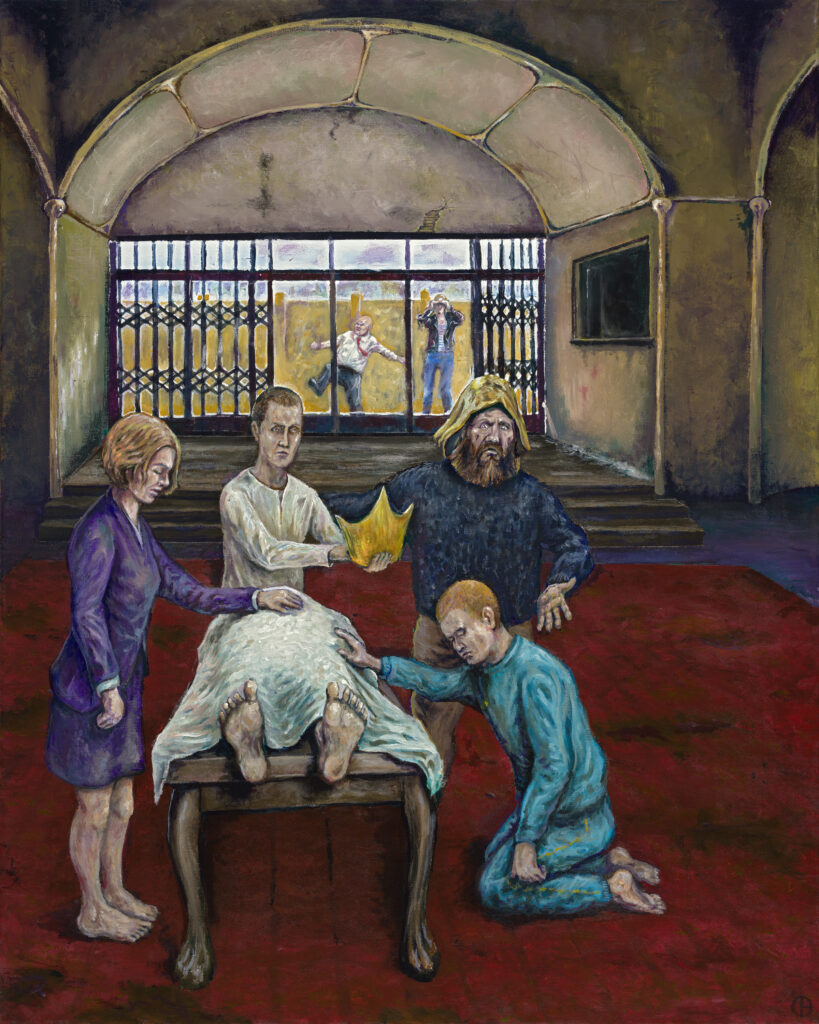 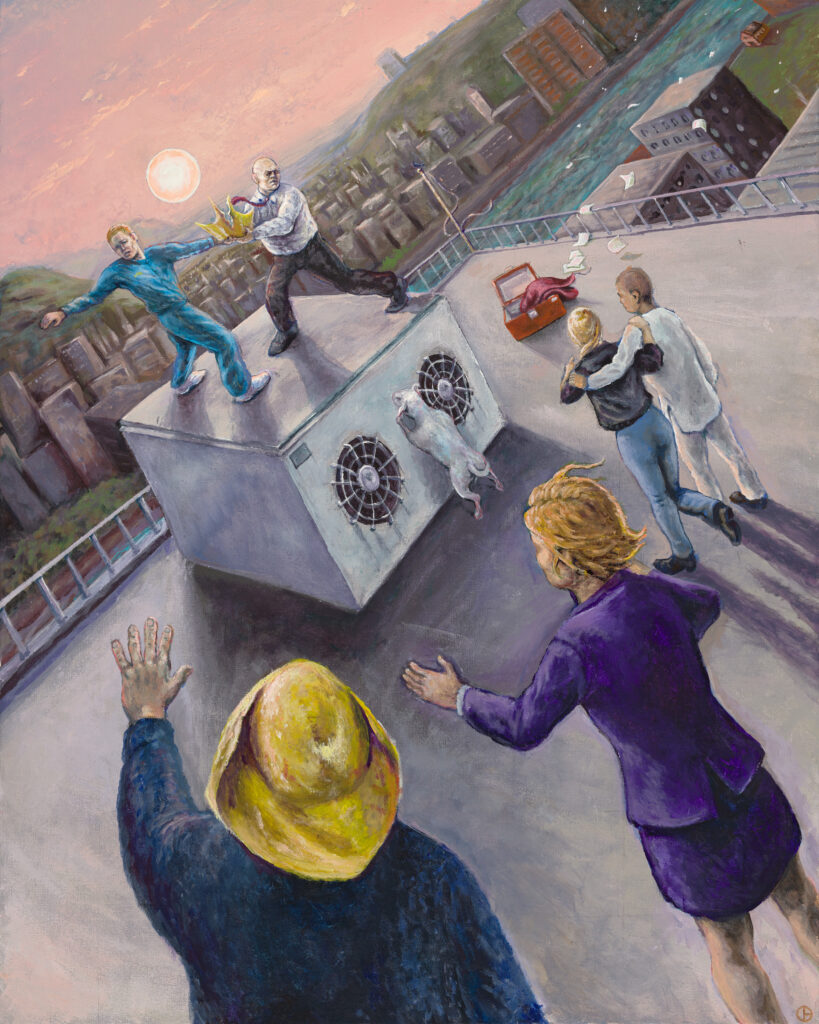 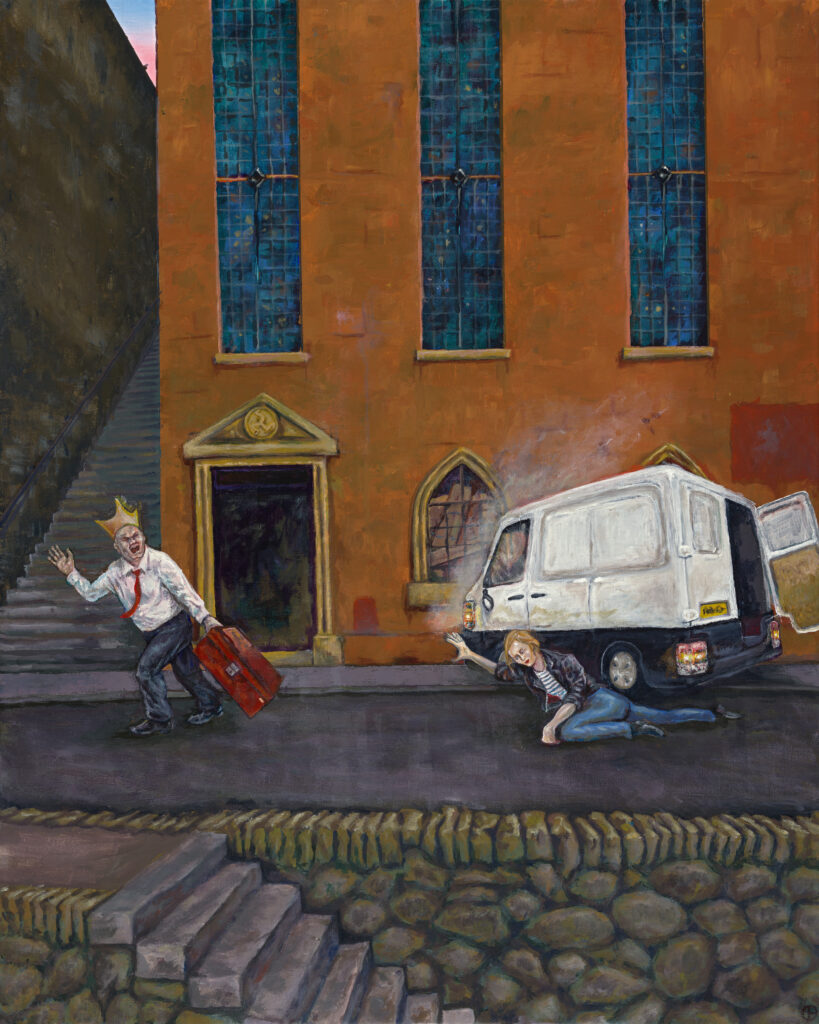 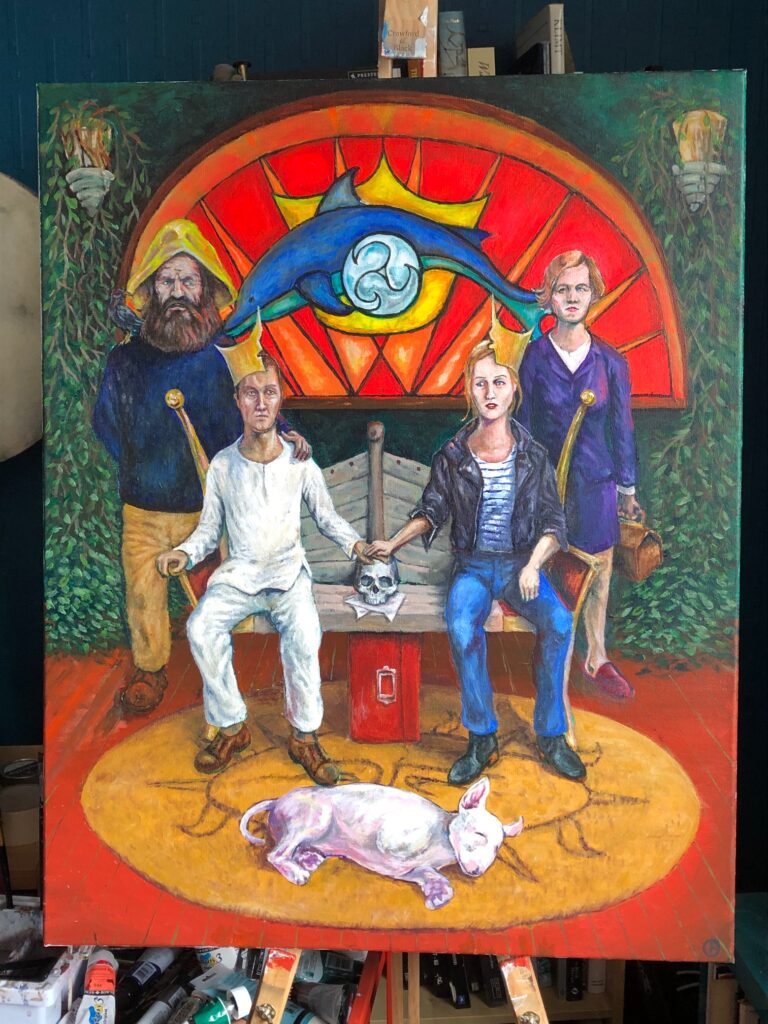 “The Secret Commonwealth” is a cycle of ten narrative paintings – somewhere between a graphic novel and the stations of the cross. The story of a power struggle – temporal, spiritual, and magical – for control of a fictional city. It follows a battle for the city’s soul – a struggle taking place in plain view of the city’s inhabitants, who nevertheless remain oblivious to a reality that looks like theirs but exists in parallel to their everyday lives. The surrounding mythology has echoes of the grand myth posited by Frazer’s “The Golden Bough”, Arthurian legend (especially the concept of the Waste Land and the character of The Fisher King), Shakespeare, and the reality shifting worlds of Alan Moore’s graphic novels. The title of the piece has been borrowed from Reverend Robert Kirk’s book “The Secret Commonwealth of Elves, Fauns and Fairies”. Kirk claimed that he had been abducted by supernatural creatures who made him aware of a strange and magical world that existed alongside mundane reality, and had important ramifications for the everyday temporal world. The narrative interrogates the idea of what constitutes fitness to govern and the necessity of a society incorporating new ideas and approaches from “outsiders” to avoid stagnation and collapse.