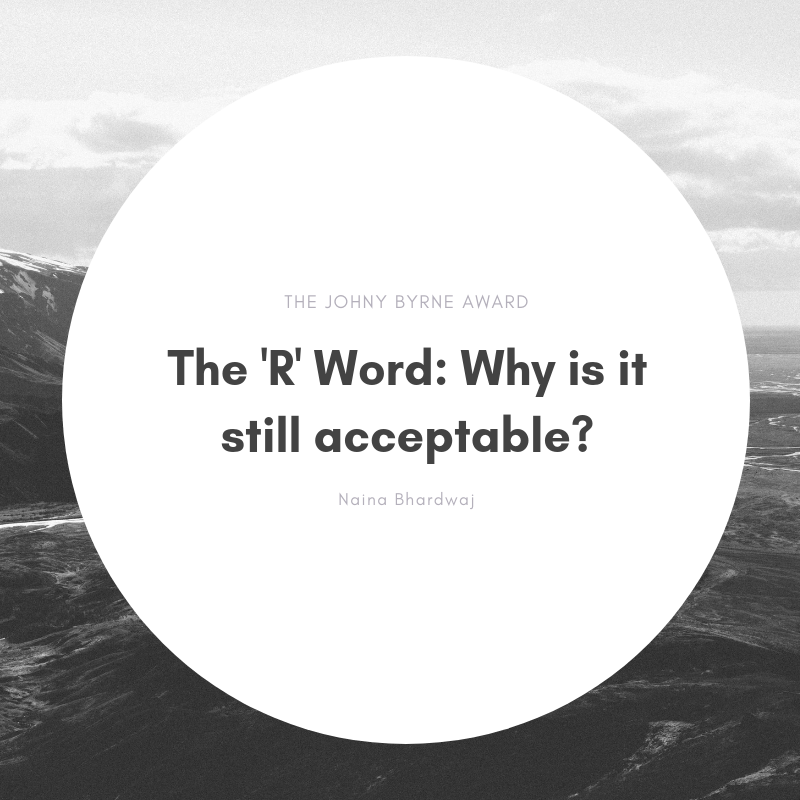 The ‘R’ word: why is it still acceptable?

I decided to write this piece after an incident from last month. On the train back from Christmas shopping, I was seated next to a family with two pre-teen boys. The younger son had an ice cream which he spilt over himself as kids do and made a mess. His elder brother then asked him if he was retarded. I was pretty upset that term was being used but thought that the parents would tell him that it wasn’t acceptable to say it. However, they all took turns echoing the same question. If someone were saying something sexist, racist or homophobic then there may have been more opposition and quite rightly so. It just got me thinking that for some reason being hostile towards the disabled community isn’t seen as socially unacceptable so I decided to write about it.