The Pencil. Perhaps my best days are gone? 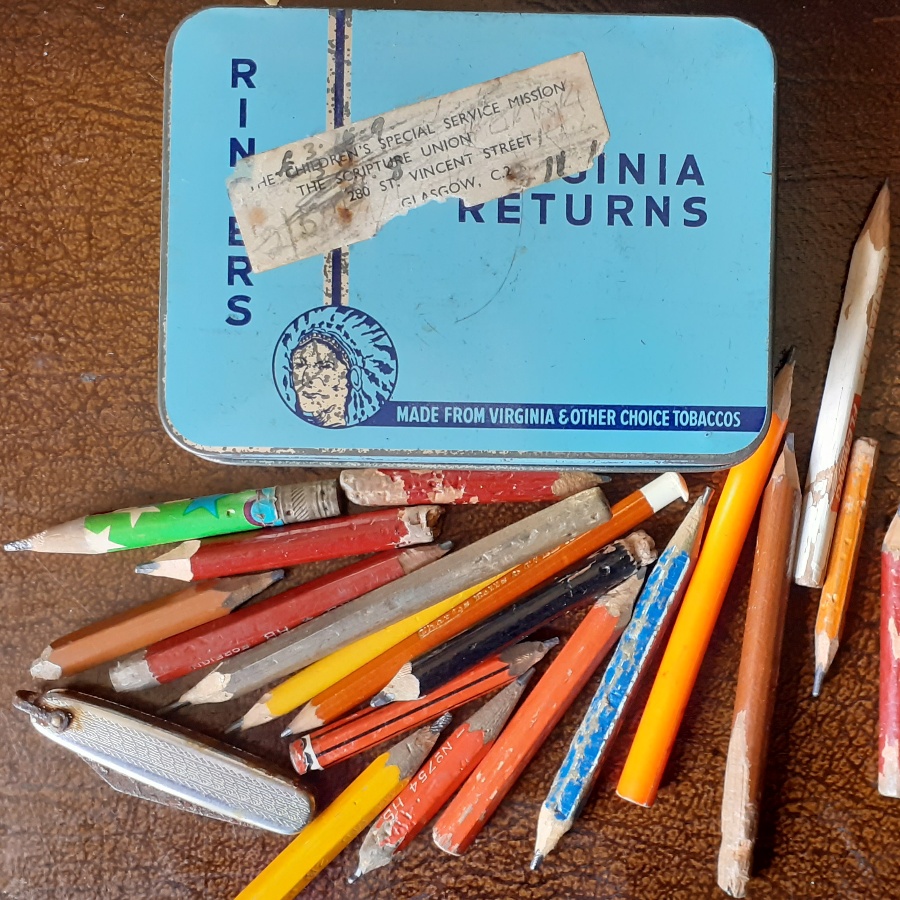 In clearing my late Father-in-law’s study I came across many fascinating items. He was born in 1919 and lived a long life which included War service in North Africa. I think this contributed to an attitude of frugality in the best sense of the word. Avoid wastage at all cost. So finding this small tin of pencil made me wonder about whose hands had employed them. I looked at them through a magnifying glass and traced some of the company names on the internet as best as I could, also seeing all the chips, bite marks and dents. It has taken me a year to work out how to write about them. Poetry amongst other things should tell story, poke, amuse and fascinate, the last verse being from a book I bought on the history of the pencil. The peculiar link in all of this is that I work in a school as a pupil support and have been picking up dropped, discarded abused, murdered, abandonned pencils from playground and corridor. Over 70 in the last year! As a writer I also love the pencil as an implement.