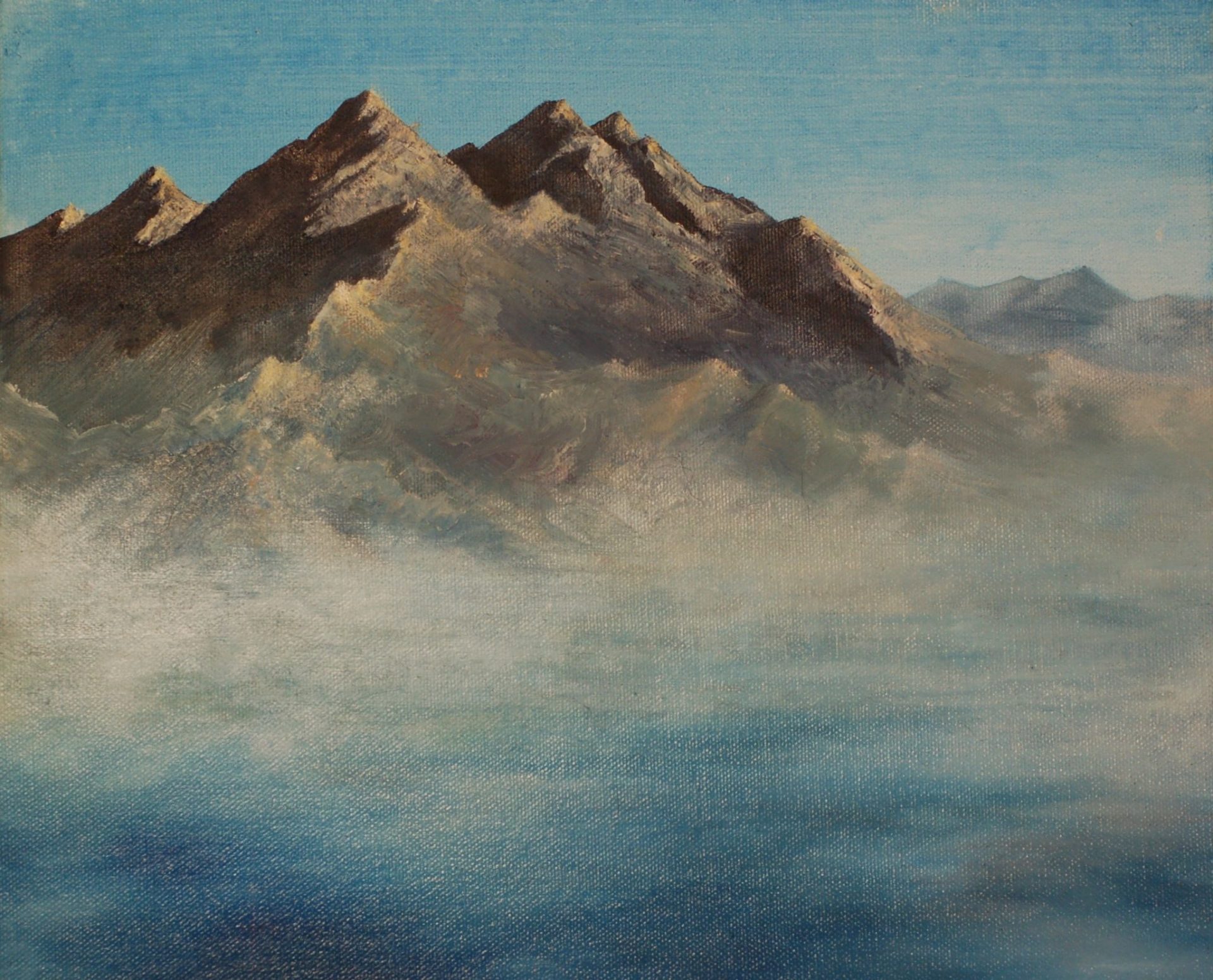 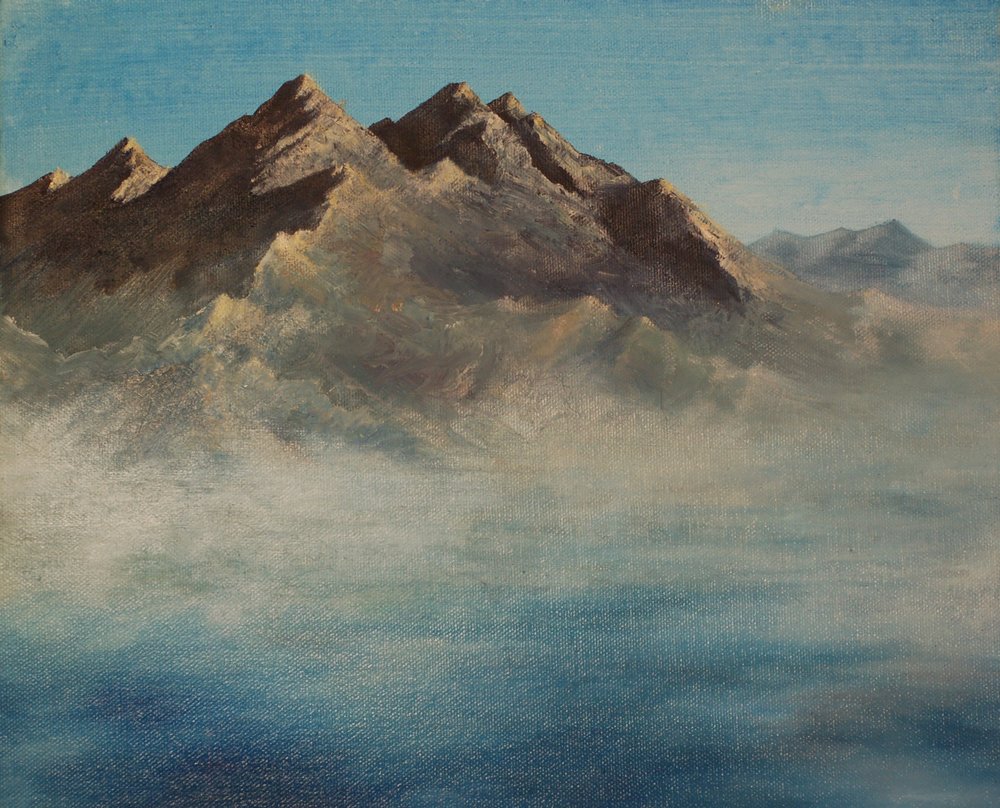 The value that i choose for this piece was “Freedom”.

I have lived on an island my whole life until recently, when I moved to what seemed like the huge, overwhelming city of Glasgow. Having lived in Glasgow for a while now I have had time to reflect on the differences of these two contrasting environments; the different lifestyles that people lead, the noise, the ever changing landscape of a town compared to the stillness of the hills, the people and their expectations. The thing that I found most difficult to comprehend was the lack of being able to see beyond the path on which you are walking.

Whether it is due to the sea of people around you or the beautiful buildings that tower above you, it is unusual to see such distances in the city as you would see on my island. I was so used to endless expansions of sea, rolling hills and dramatic, misty 2mountains that I struggled to feel comfortable in the built-up city around me. So as a way to ease this discomfort I spent weeks painting a landscape that reminded me of my island. I almost didn’t want to finish it, but after I did I propped it up on my desk so that when I felt as though the city was closing in on me I could look at it and feel I was as free as I would be if I was home.