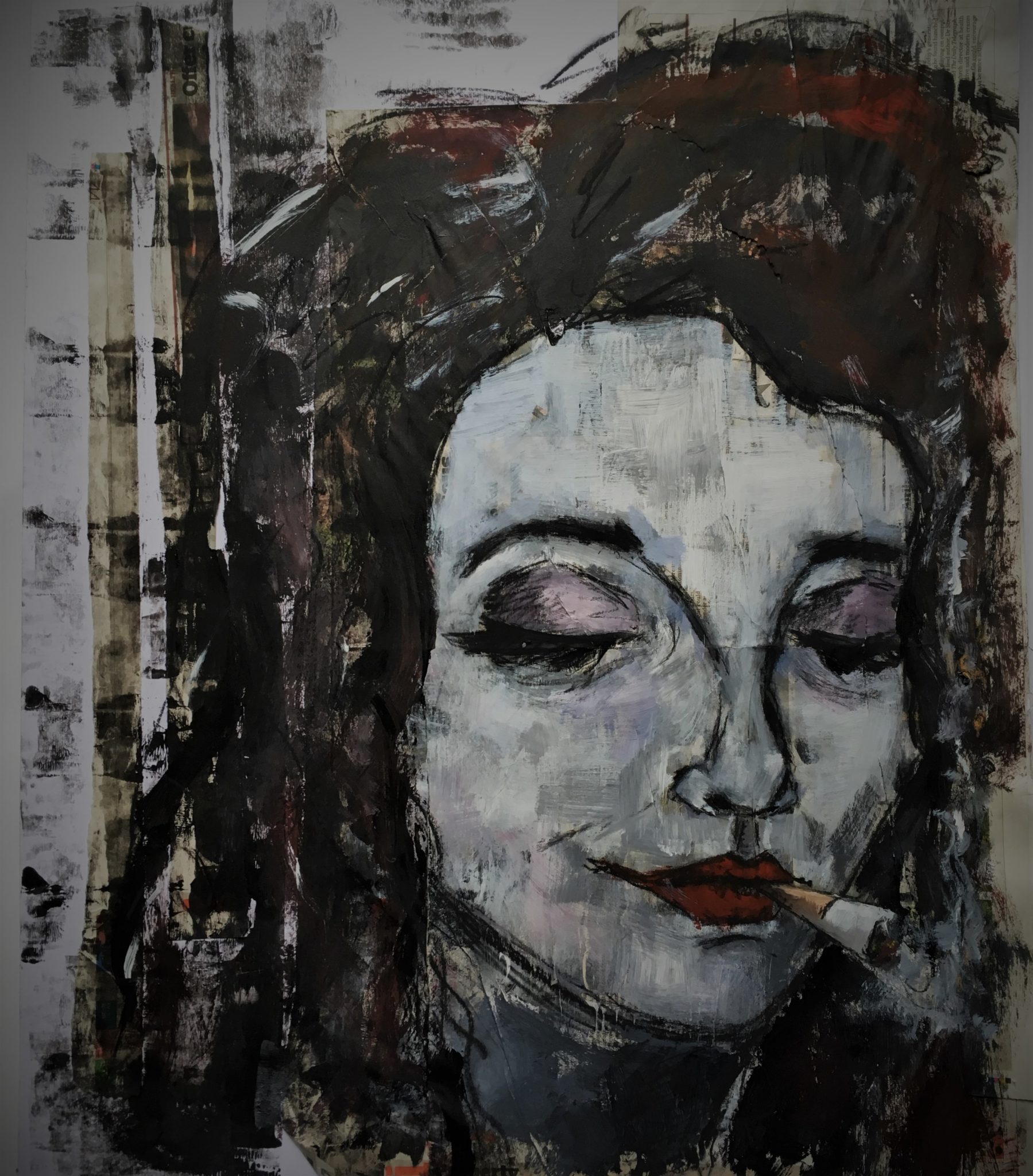 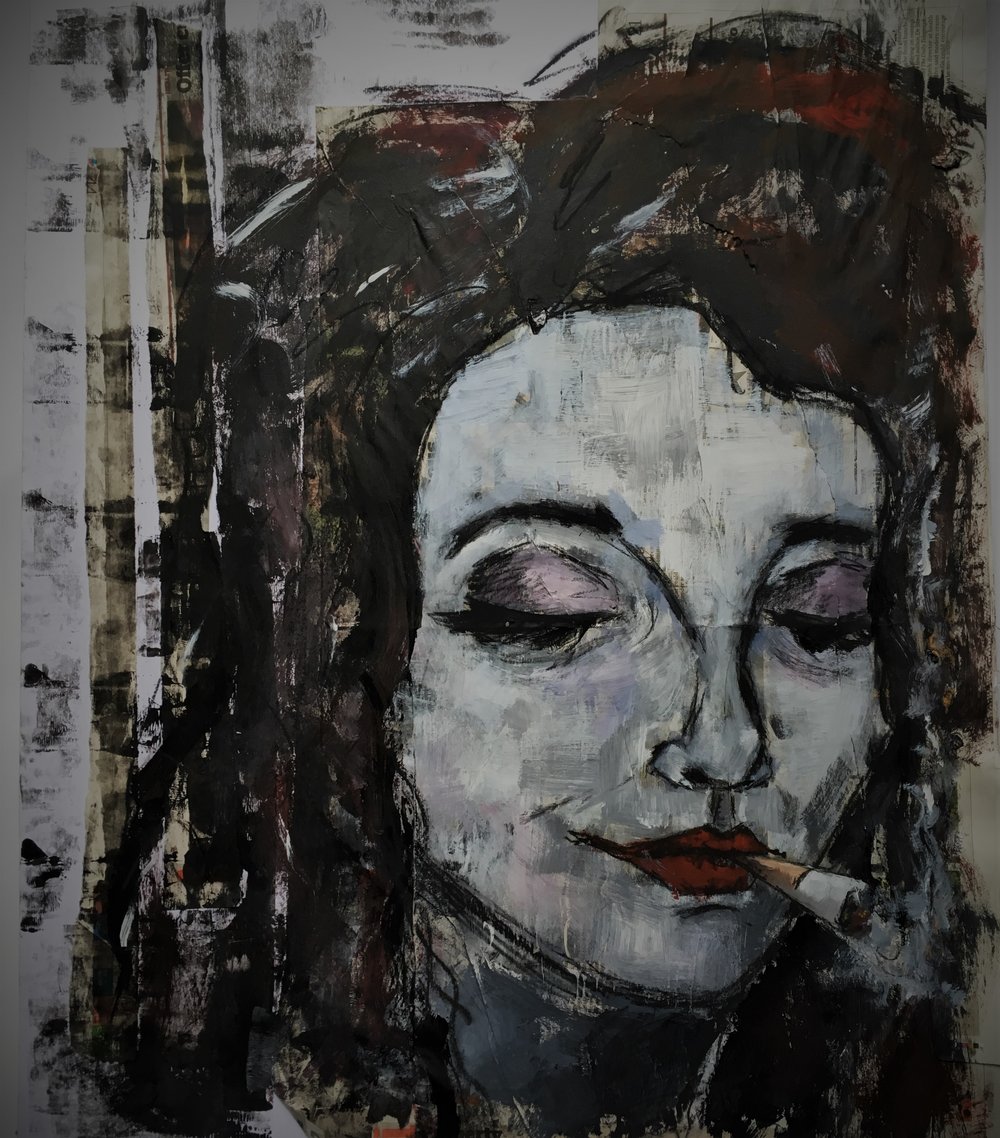 This is my mum smoking in the 90’s. Was she smoking to make a statement about the sophistication or glamour previously associated with female icons smoking? Was she smoking because it was the right thing to do? Was it to influence or be daring? Was she trying to be “cool” and “rebellious”? (probably…) I wanted to capture all of this, and her enjoyment, in my painting but portray the grim impact on health and the ever-changing perception of smoking in today’s world. The dark, bleak surroundings and greyness of her face represent decay and the areas of collage -newspaper: the media, celebrity culture- are peeling away, symbolising an era in the past. The cigarette adds to the murkiness of the overall appearance of the painting. There is a contrast shown between the redness of her lipstick and the greyness of the cigarette which symbolises the contrast between the vibrancy of life and the consequences of health.