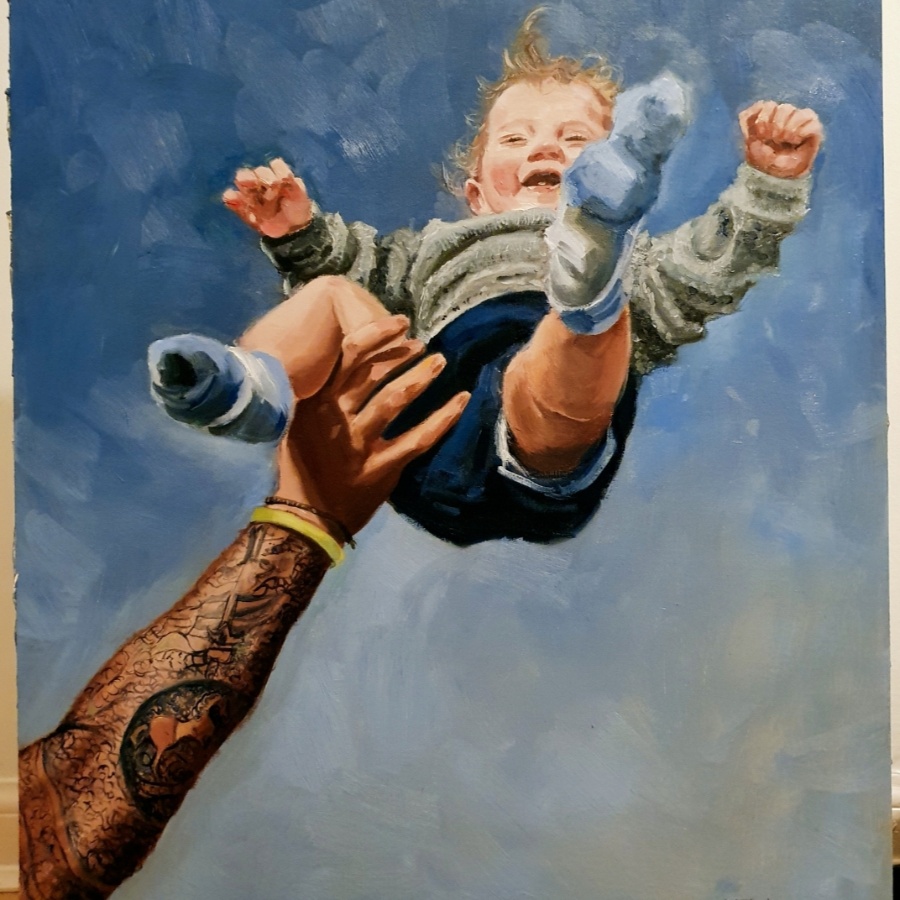 Previous entryCan One Man’s Kindness To Another Really Have The Strength To Make The Impossible Possible?
Next entryHow Do We Find Value In Our Ordinary Place Of Living?
January 18, 2021 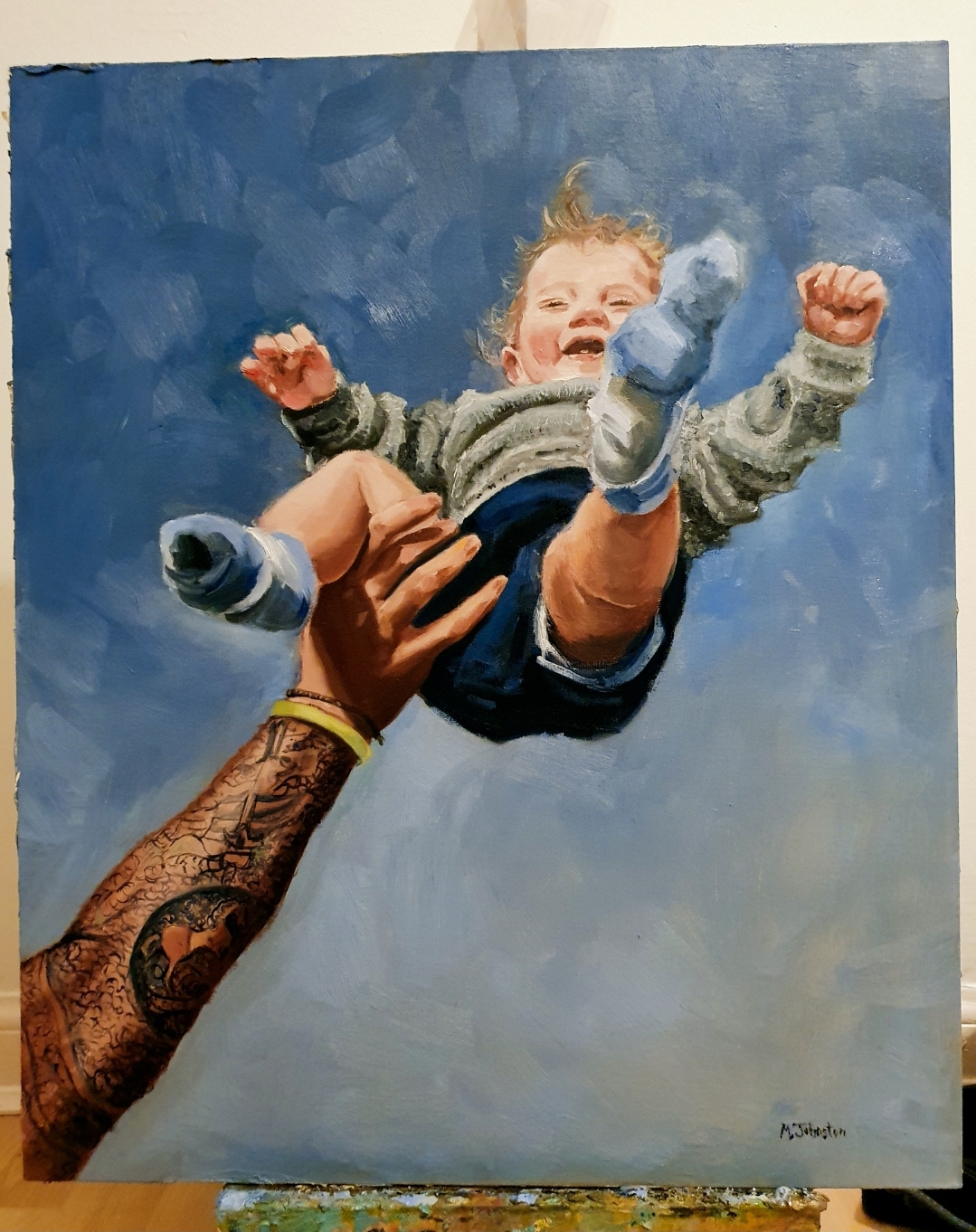 This image represents a Father’s sheer joy! The gift of a child – Wee Ronnie, AKA Ronnie John Patrick Cullen. I was inspired to paint wee Ronnie’s portrait after seeing his pictures on social media. After suffering multiple miscarriages, his parents Shannon and Chris were blessed with this very special wee fella.

The depth of their grief on losing a child during pregnancies,  replaced by the love and joy they feel with the birth of wee Ronnie. My painting was adapted from a photograph captured by his biggest fan; his Uncle Kieran, who says “He loves being in the air or upside down with his wee laugh”. “The best and most beautiful things in the world cannot be seen, nor touched, but are felt in the heart” – Helen Keller.

margaretjohnston
Share
Read More
Next entryHow Do We Find Value In Our Ordinary Place Of Living?
Previous entryCan One Man’s Kindness To Another Really Have The Strength To Make The Impossible Possible?