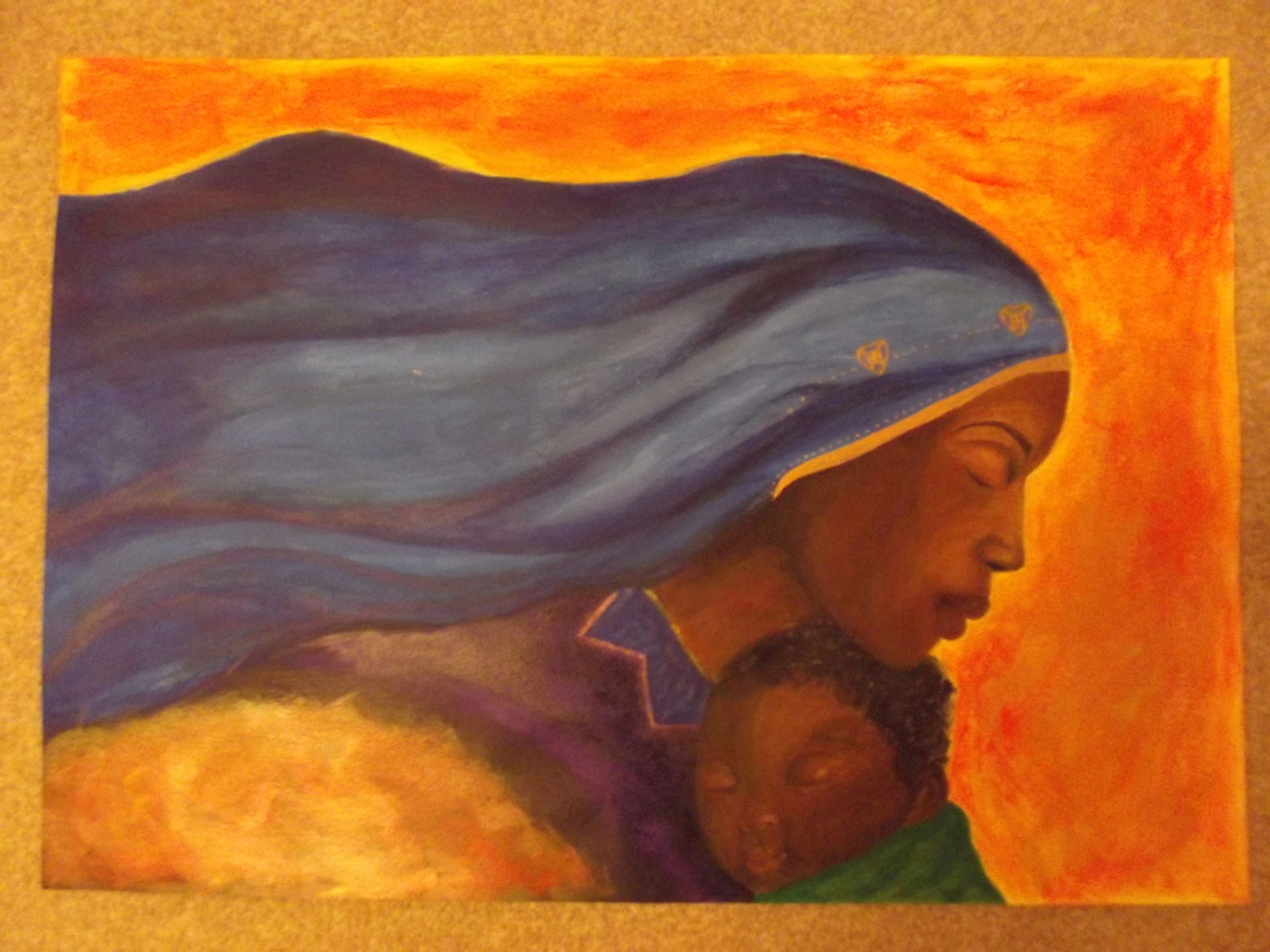 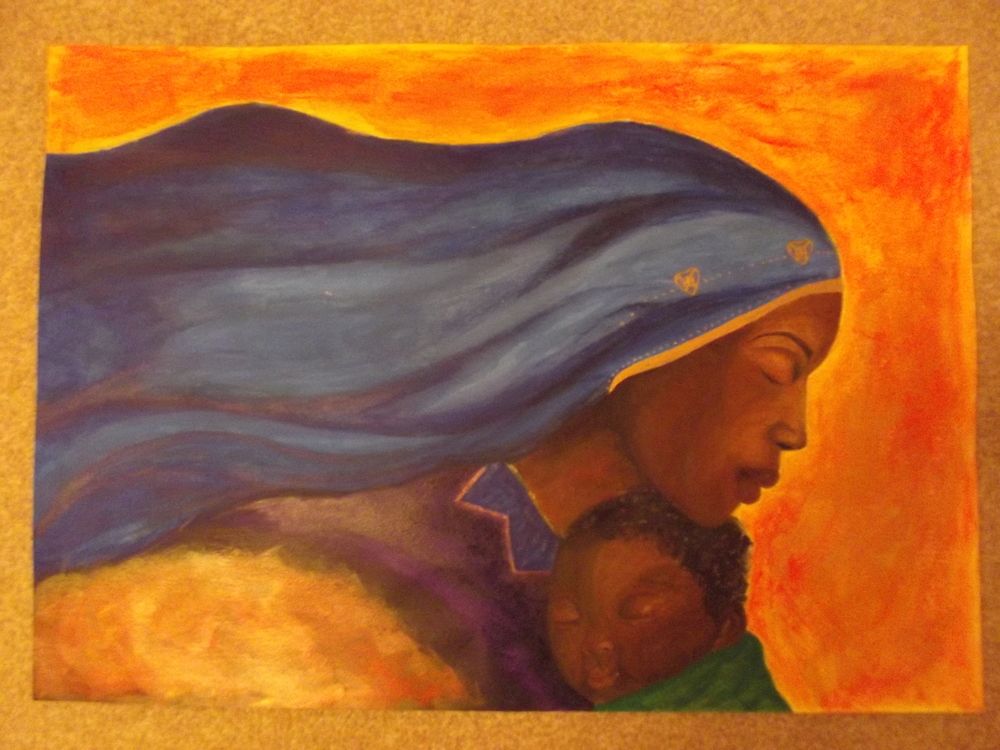 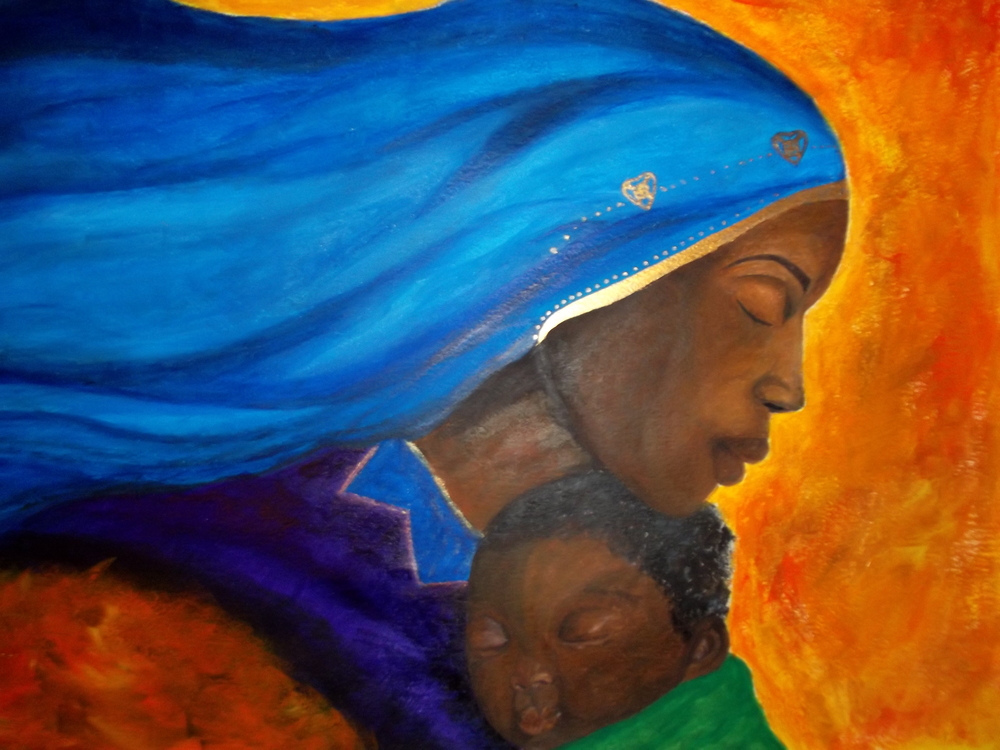 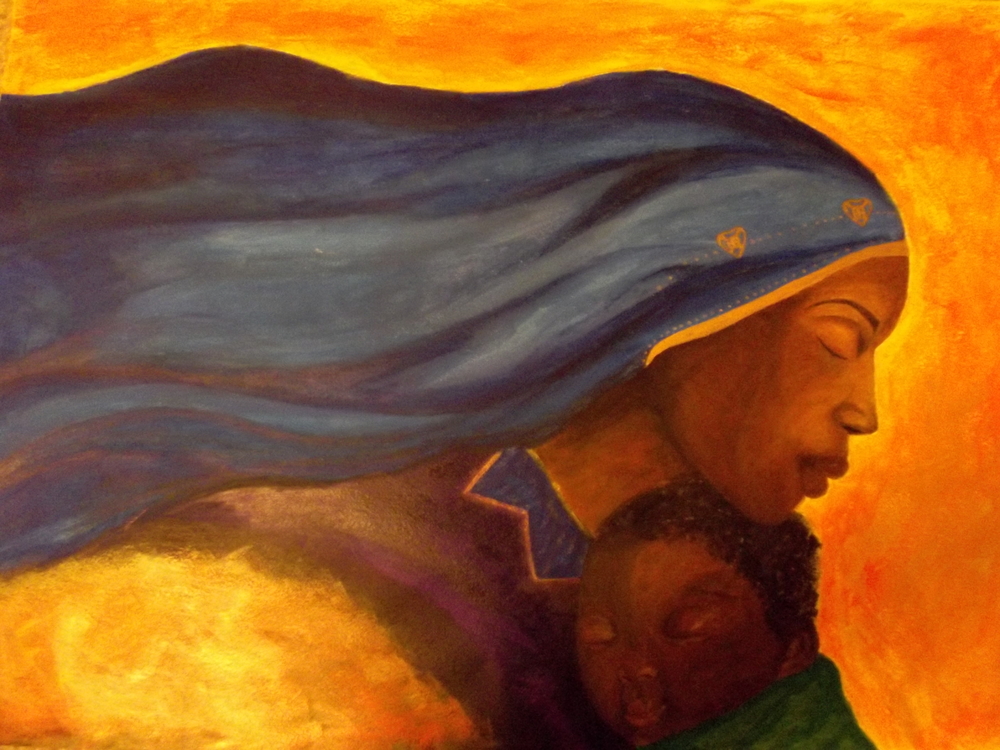 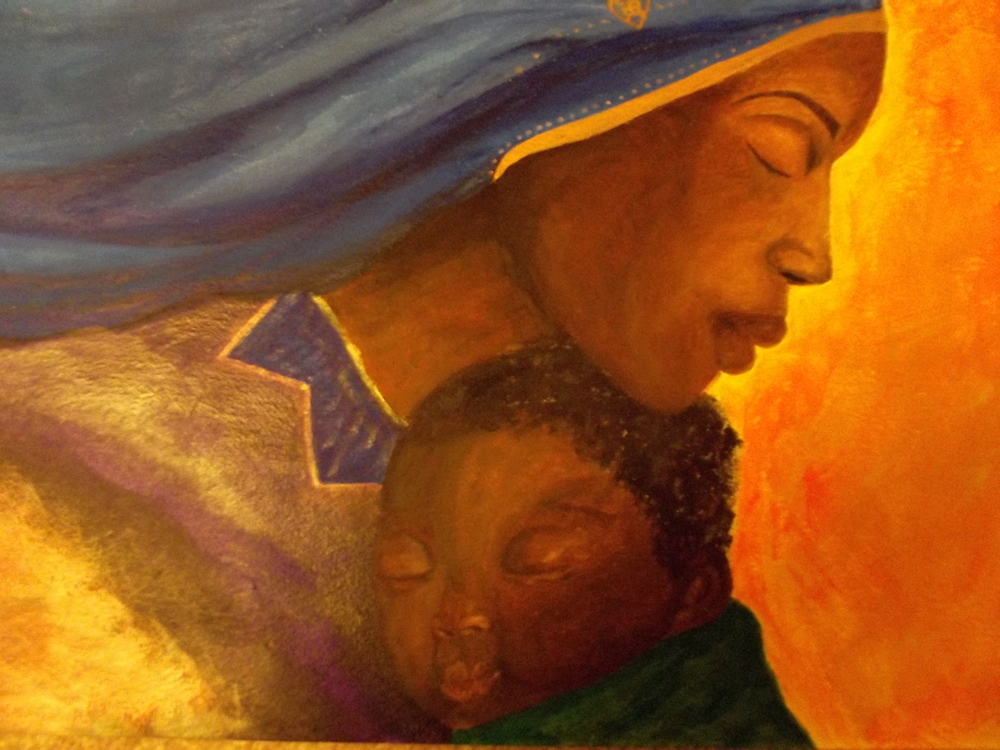 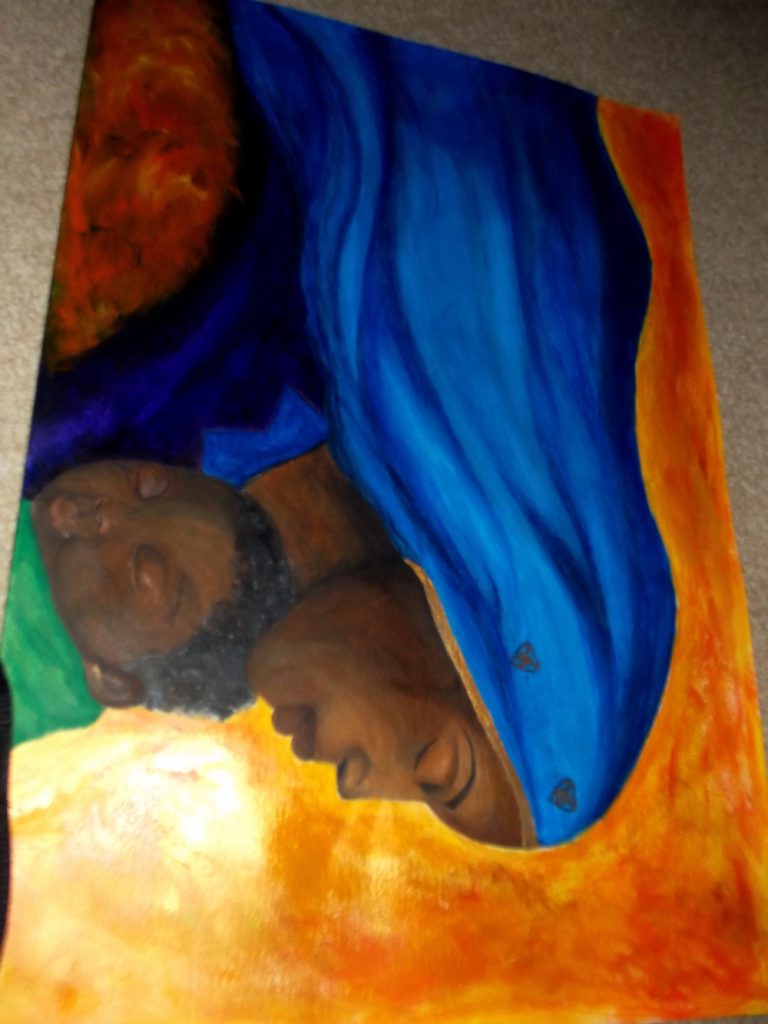 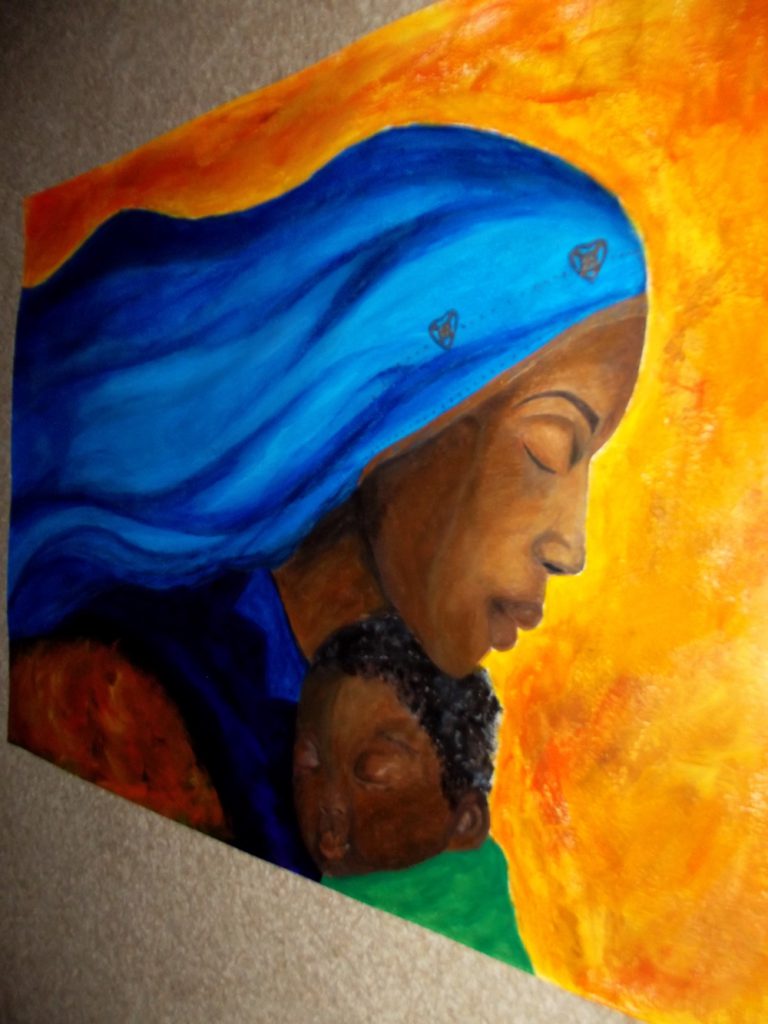 In my painting I have attempted to evoke emotions from people in a subtle manner. I wanted to paint an image which can be interpreted in many ways but still portray that pure relationship between mother and child. I tried to portray a common relationship that all humans tend to share thus making the viewer feel equal to the figures in the image and forming a personal connection with the painting. I felt this was vital in making people realise how important foreign aid is. If I could make the viewer relate to the mother in the image, then they start to care about her well-being. They will see the mother as not just some woman who lives in a poor country somewhere but someone who needs their help. I placed the African tribal symbol for hope, providence and faith on the head scarf in gold -gold is of great value and it is a reminder that if we continue to help, good things will come. The baby captures the vulnerability of people in poverty. It is a reminder of why education is needed and it highlights that were you are born should not affect your opportunities nor make you vulnerable to unfair wages. The female represents gender inequality in developing and developed countries and the need for change in social construct.