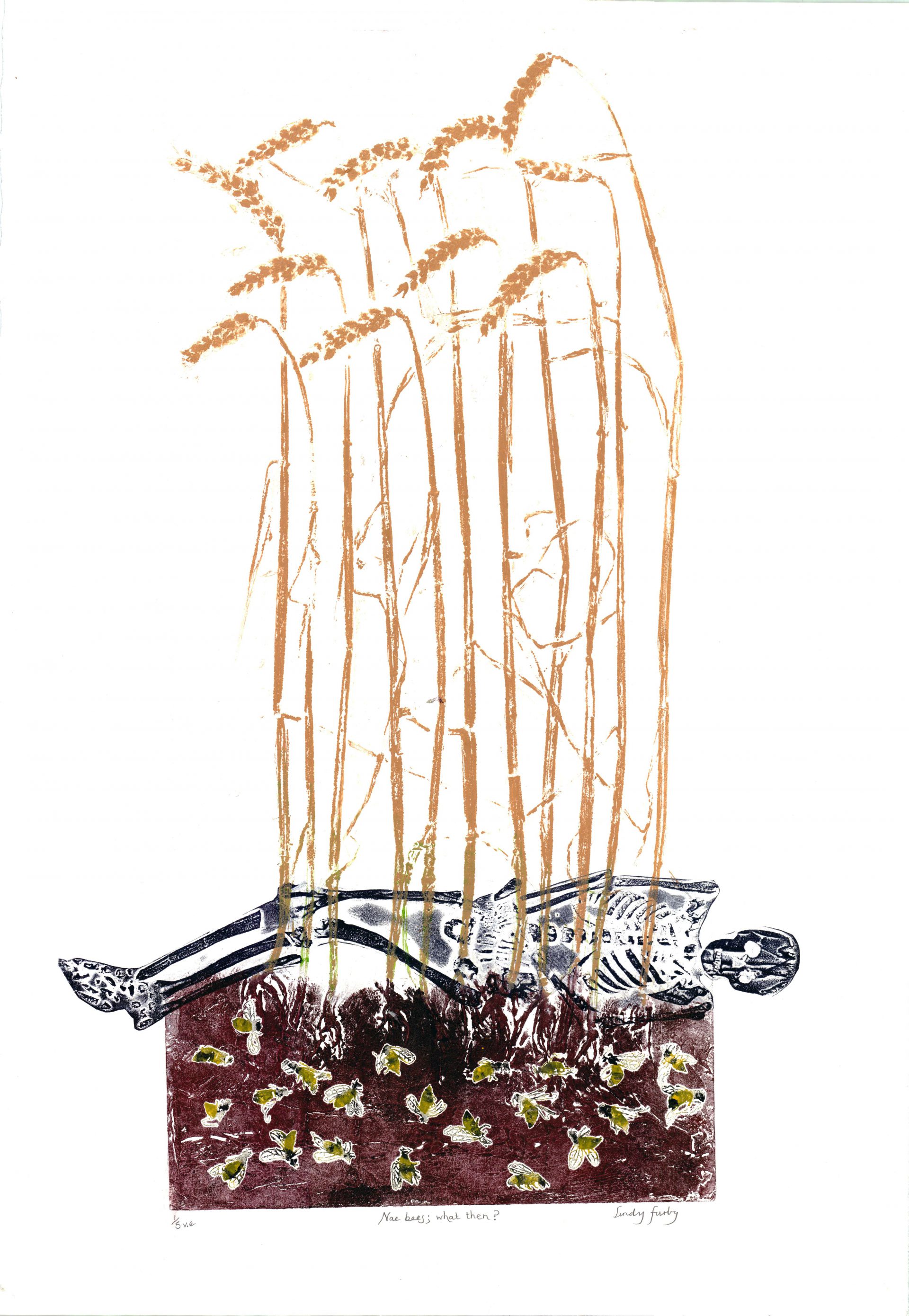 Nae bees; what then?
Are we committing suicide?
This drypoint/collagraphic print has three layers.
The first is fine upstanding wheat – ready for harvest, uncompromised by bugs or weeds a result of coatings of chemicals. Prepared to feed the world. A metaphor for all that humans do to the earth – deforestation, removal of habitats, spraying chemicals, soil changes, climate change, etc.
The second is a scattering of dead bees – killed off by the very chemicals coating the wheat, or by changing habitats, deforestation, or climate change. We don’t know, maybe by all three. We do know that bees are disappearing from around the world. Scientists state that bees have already entered the extinction phase. Bees pollinate a contested percentage of our food 7-70%! The dead bees are a metaphor for all the damage humans are doing to the earth’s ecosystem. Climate change, loss of diversity etc.
The third is a human skeleton – a human being starved to death. Albert Einstein allegedly stated that if bees disappeared humans would follow four years later. A metaphor for the sixth mass extinction, caused by humankind, and the end of humankind – unless big changes are made.
So as the bees die – what are we going to do?